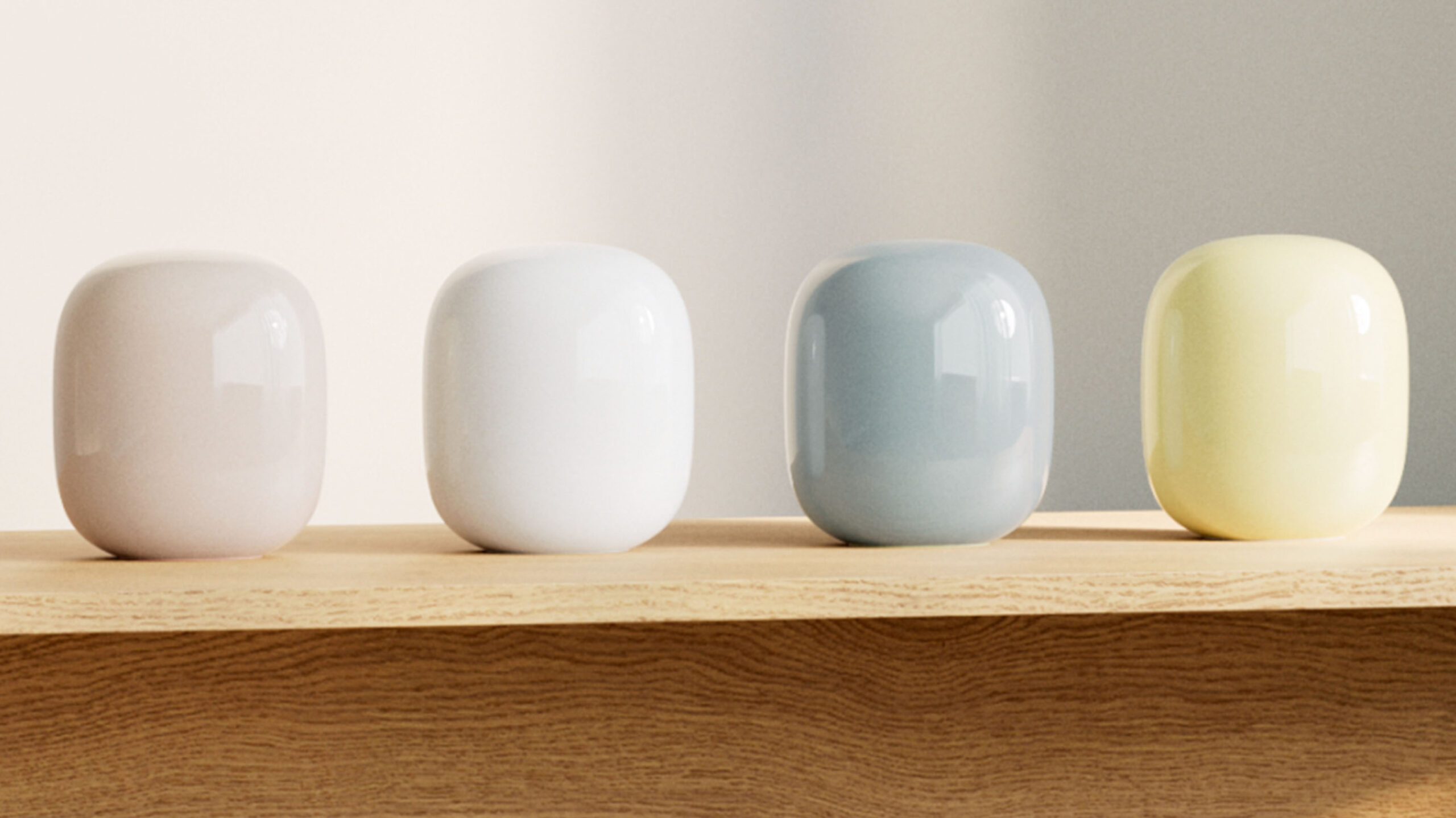 Ahead of Google’s upcoming Pixel event, the company unveiled new Nest products that aim to make the smart home a little more intelligent.

One of the headlining announcements was a new Nest Wifi Pro, a new mesh router system with support for Wi-Fi 6E coming later this month. The Wifi Pro sports combined speeds of up to 5.4Gbps, and each mesh point can cover 2,200 sq. ft. Plus, the Wifi Pro sports a tri-band connection with 2.4GHz, 5GHz, and 6GHz access.

Google focused on the Wi-Fi 6E aspect of the Nest Wifi Pro since that will usher in some of the most significant changes compared to previous Nest Wifi devices. Wi-Fi 6E isn’t so much about improved speed (although that is a benefit) so much as it is about handling more devices.

In a briefing, Google repeatedly referenced a statistic that the average U.S. household has 25 or so devices connected to Wi-Fi. Boosting a router’s ability to handle high numbers of devices could go a long way in helping improve home networks.

Another way the Nest Wifi Pro will help improve home networks is by detecting issues with some devices and automatically adjusting and improving the connection.

Google says it made the Nest Wifi Pro with 60 percent recycled materials, and it comes in four colours: ‘Snow,’ ‘Fog,’ ‘Linen,’ and ‘Lemongrass.’

There are, unfortunately, some not-so-great details about the new Nest Wifi Pro. Google confirmed it’s not backwards compatible with the company’s other routers, mostly because of the Wi-Fi 6E upgrades. Similarly, the Nest Wifi Pro won’t feature a built-in Google Assistant speaker like the Nest Wifi does.

Google also took time to highlight its Matter and Thread support. For those unfamiliar, Matter is an up-and-coming platform for connected home devices — one way to think of it is as a common standard for smart home tech to communicate with other tech. Matter was previously called Project Connected Home over IP (CHIP).

Thread, on the other hand, is a Wi-Fi-like wireless networking technology designed specifically for IoT and smart home devices. It should benefit low-power devices and improve latency issues. Thread relies on a network of border routers that smart home tech can connect to — handily, that’s where Google devices come in.

Google’s new Nest Wifi Pro will act as a Thread border router, but so will other Google smart home tech (once updates arrive), including the Nest Hub Max and Nest Hub (2nd Gen).