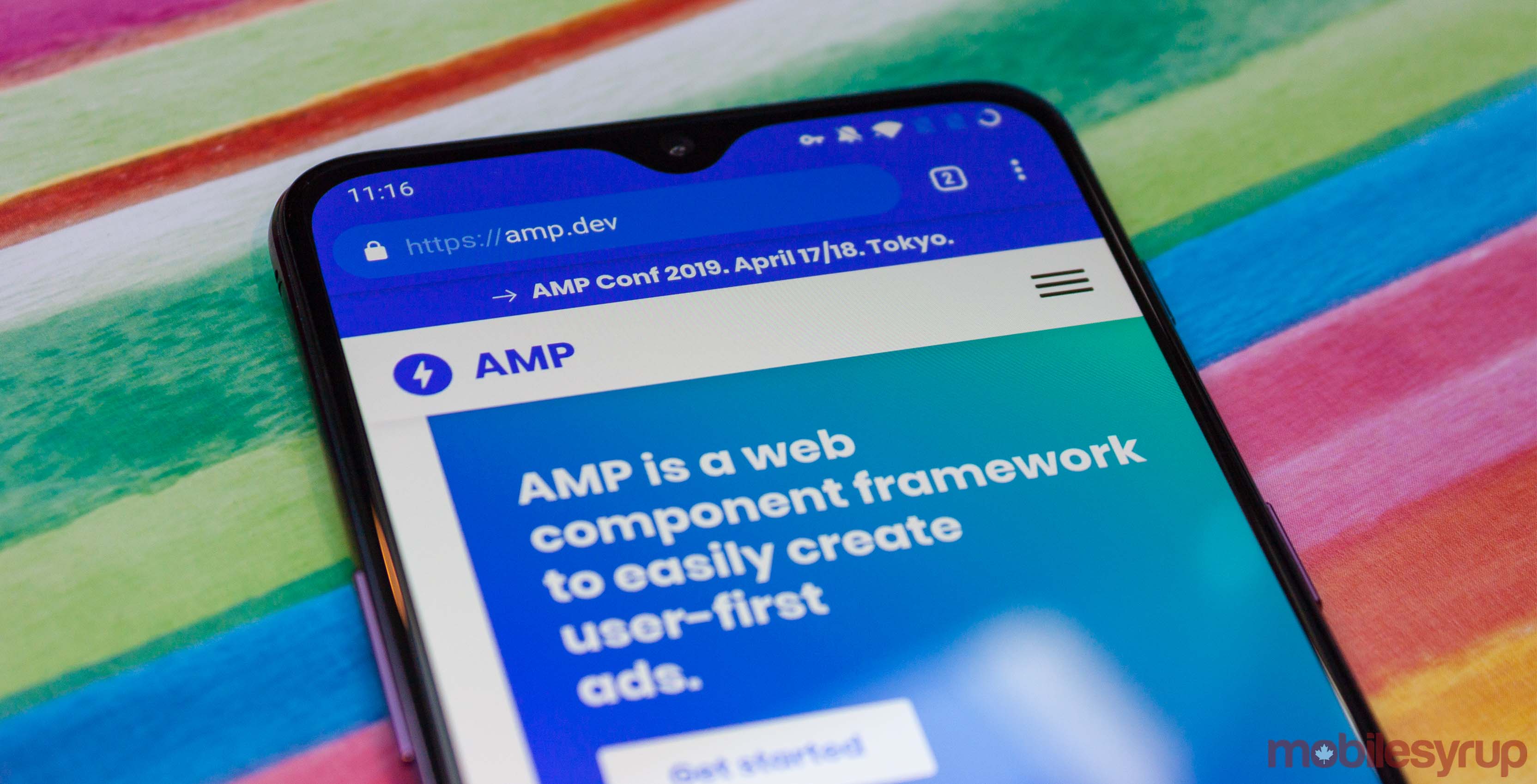 Google hosted its 2019 ‘AMP Conf’ in Tokyo, where it announced several new changes and features coming to its Accelerated Mobile Pages project.

Arguably the most important of those announcements was that AMP pages will now show the original website URL in Chrome’s address bar instead of the weird AMP URL.

While Google positioned this as a solution to one of AMP’s most significant confusions, it’s really a user-hostile addition that changes a fundamental aspect of the web.

To understand why, you need to know how AMP works. For the unfamiliar, Google’s AMP project caches mobile-optimized web pages on its servers. When you click on an AMP link in Google search, it takes you to Google’s servers, not the website you’re visiting. AMP does this to improve performance for mobile users.

However, there’s also a bar that lets you navigate to the original URL should you want to see the official web page. Considering the optimized pages often abandon features, like comments sections, to help with performance, this is something users want to do.

AMP pages are beautiful, but links to AMP pages? Not so much …

Until today! Signed exchanges are here: now you can get instant loading for AMP on your own domain! 🙌 #AMPConf pic.twitter.com/OSEcKDc3A5

Because Google stores AMP pages on its servers, when you click on an AMP link, the URL in the address bar is a Google URL. This is understandably confusing for end users, so Google began developing a potential solution called ‘Web Packaging.’

Web Packaging allows sites to display content on behalf of other websites and uses TLS to ensure nothing changes content along the way. Google enabled the feature in Chrome 73.

While Web Packaging isn’t inherently bad, part of Google’s AMP announcement is that the project can now use the new feature. In other words, when a user clicks on an AMP link in Google search, the address bar will show the website’s URL, despite the fact the content comes from Google’s servers. To make things worse, the search giant also abandoned the information bar, essentially making it impossible to tell that you’re on the AMP version of a site and erasing the option to navigate to the original page.

So, in one swoop, Google eliminated the URL as a reliable way for users to determine where they are on the internet and created a system that traps users on webpages stored on Google servers.

Further, considering that AMP pages tend to have limitations compared to official websites, mobile users could find themselves missing out on valuable content.

CloudFlare is already rolling out support for the feature, called AMP Real URL, which means some of your favourite websites may start using it soon. If you don’t want to use AMP, it may be a good time to check out another search engine or browser, like Firefox, Opera or Edge.