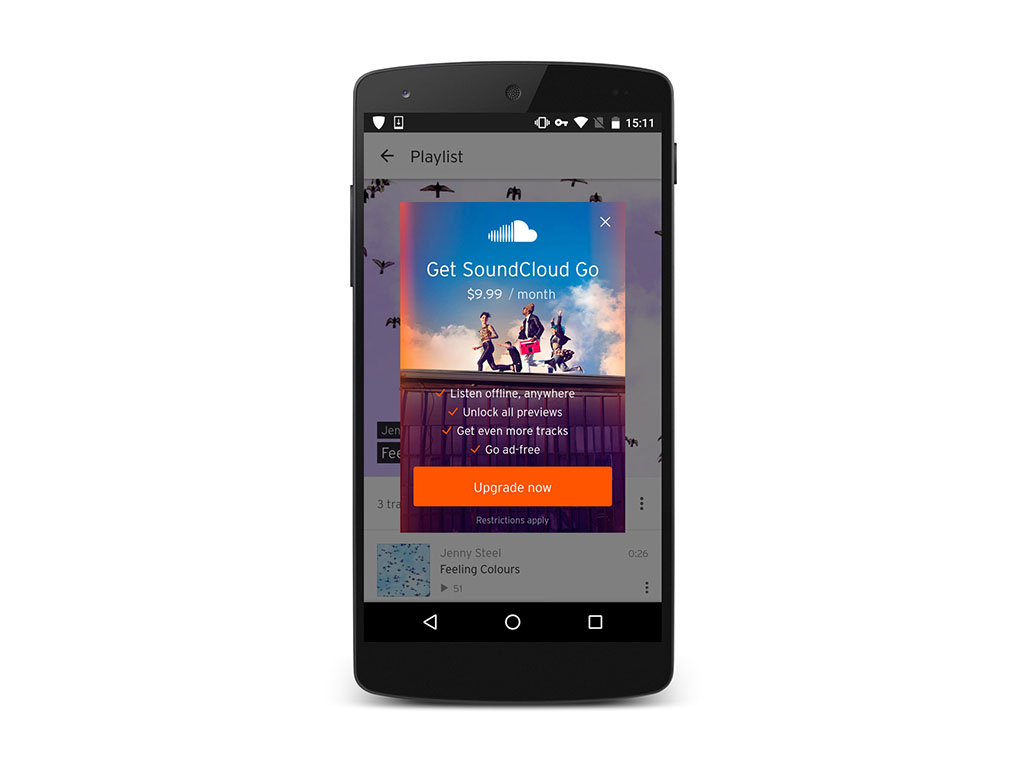 Canadians now have a new option to choose from in the music subscription service market, and this one brings with it some serious industry credibility.

SoundCloud is rolling out its new subscription service, SoundCloud Go, in Canada on October 19th. The service promises a significantly expanded catalogue from SoundCloud’s regular offerings, an offline listening mode and an ad-free experience.

While current users of the free service will be pleased to know that it won’t be eliminated, it will now be supported by a wide range of advertising, including audio ads, in-stream native ads, video ads, promoted profiles and creator partnerships.

SoundCloud says in its statement announcing the new service that the added advertising reflects its “commitment to creators to have the opportunity to be paid for the work they share.”

Both of those rather lengthy-titled organizations represent Canadian artists. SOCAN represents the Canadian performing rights of millions of music creators and publishers, while CSI licenses reproduction rights of its repertoire to users like radio stations and online music services.

SoundCloud says the agreements reached “will enable new creative, commercial and promotional opportunities for their artists, songwriters composers and music publishers in Canada.”

The company also added, “This includes providing SOCAN and CSI’s members and clients with the opportunity to generate revenue when their work is played on the platform.”

SoundCloud Go was first announced in the U.S. on March 29th, 2016, and is also available in the U.K., Ireland, France, Australia and New Zealand.

It is available for $9.99 CAD per month through the web, Google Play and the App Store — though iOS users will have to visit soundcloud.com/go to avoid the App Store surcharge, which brings the price to $13.99. Right now, Canadians can get a 30-day free trial — with the notable exception of Quebecers, unfortunately. For those who are already Pro Unlimited creator subscribers, they can secure the paid service for $1.99 per month.

Related: Spotify reportedly in talks to buy SoundCloud as competition with Apple Music heats up