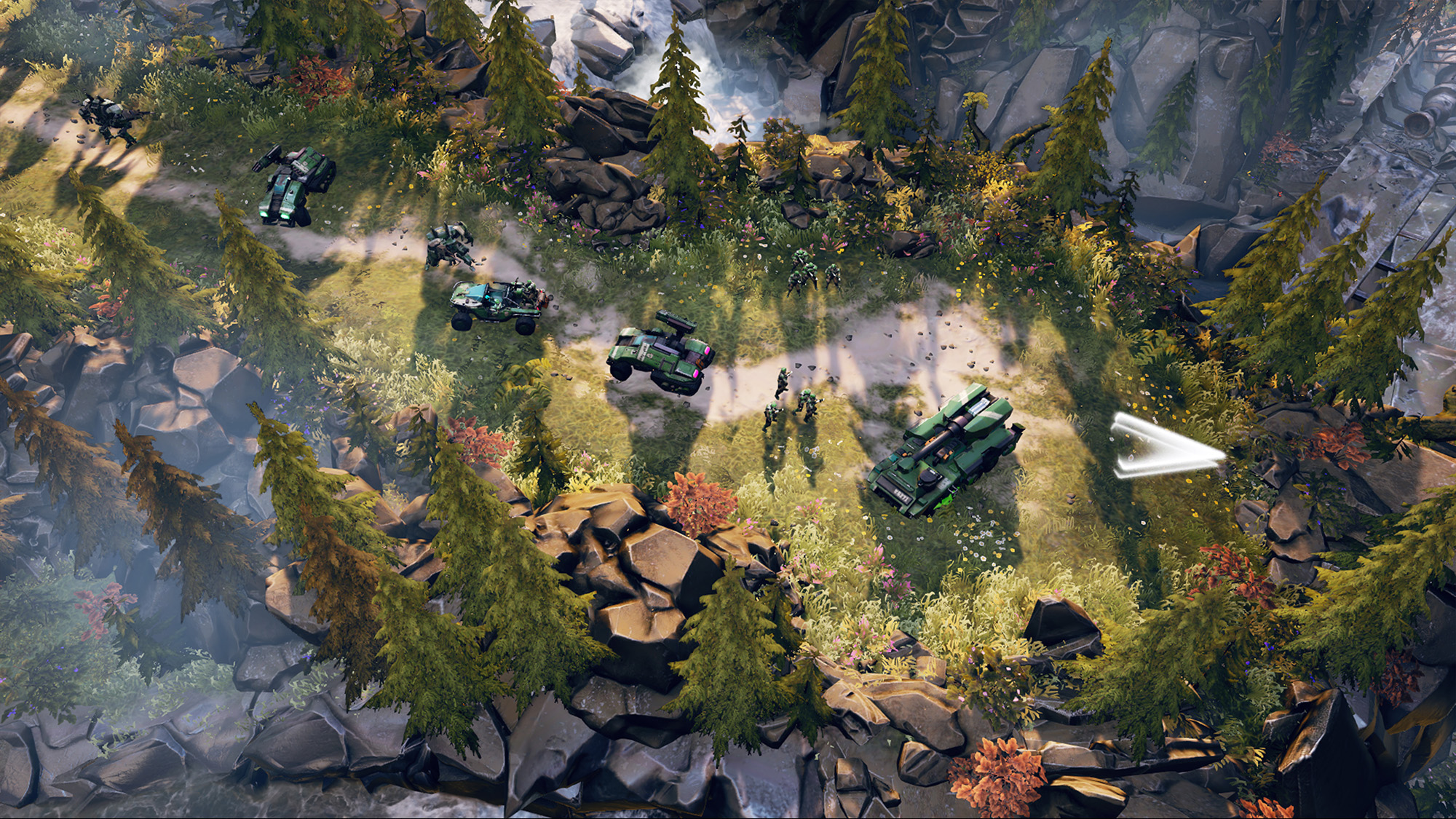 Creating a real-time strategy (RTS) title that’s actually playable on a console is a difficult task, one that few game development studios have attempted and fewer still have successfully pulled off.

The last truly viable console real-time strategy game beyond StarCraft 64, the Nintendo 64 port of the legendary StarCraft and its expansion, Broodwar, was the original Halo Wars. Releasing an RTS that works across PC and console, however, is thought to be impossible.

This is exactly what 343 Industries and its development partner Creative Assembly, the studio behind the acclaimed Total War series, have set out to accomplish with Halo Wars 2, the sequel to the now defunct Ensemble Studios’ 2009 Halo Wars that no one really asked for, but fans of the series seem to be welcoming with surprise.

“We poll our audience a lot and our community a lot and you know, Halo Wars 2 has been at the top of the request list for a really long time. Why now? There’s a couple of reasons,” said Dan Ayoub, 343 Industries studio head, explaining why the developer decided now was the time for another RTS set in the ever-expanding Halo universe.

“It’s a question of focus. We went from founding 343, to releasing out first game [Halo: Combat Evolved Remastered], to doing all this stuff to kind of get our feet wet. We also wanted to make sure that we had the right development partner and Creative Assembly was the obvious choice,” said Ayoub, also emphasizing that he believes there’s been a recent resurgence in PC gaming.

After going hands-on with Halo War 2 at 343 Industries’ studio in Seattle, Washington, it’s safe to say that the developer has found a way to modernize the concept of real-time strategy in a way that simplifies the intimidating genre, making it more accessible.

A short portion of the singleplayer campaign, which I played on both console and PC, featured intelligent AI that navigated exactly where I wanted it to, even on console. This is due to a control scheme that allows the player to quickly switch between units with a swift pull of the left trigger. The ability to instantly select specific units by holding down the X Button is also useful, giving players a greater feeling of control over their army, an issue that affected the original Halo Wars. The PC version of Halo Wars 2 allows for more accuracy and precise control, but that’s to be expected given it’s controlled with a mouse. 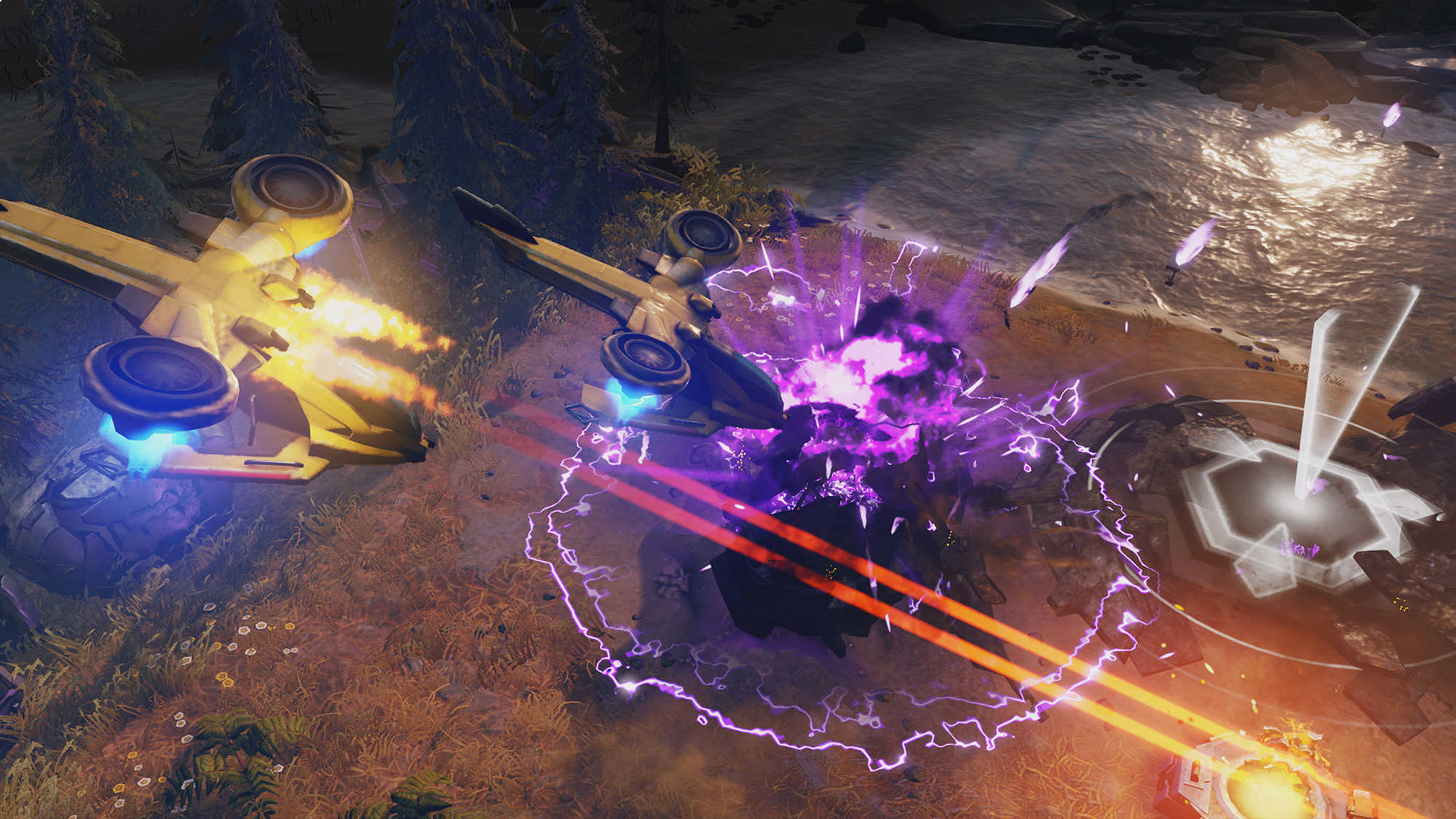 What’s most interesting about Halo Wars 2 from a visual perspective is that unlike the original Halo Wars, units feel like they actually belong in the Halo universe, rather than looking more like a strange offshoot of the StarCraft franchise. Scorpion tanks plod around the battlefield with the power you’d expect from a hulking multi-ton death machine, as do other units like Grunts, Brutes, Warthogs and Marines.

A new multiplayer mode called Blitz that’s inspired by MOBAs like League of Legends, is perhaps the best example of how 343 Industries has pared down the traditional RTS experience for consoles, though in a way that doesn’t oversimplify the ancient genre.

In Blitz players are given a deck of cards based on various units. Rather than a focus on base building and collecting resources — though there are resource elements in this game type — cards are played in the heat of battle Clash of Clans-style, dropping units on the battlefield in quick succession. The overall goal of Blitz is to hold down various bases, in turn earning points until a timer runs out or you hit the score goal. 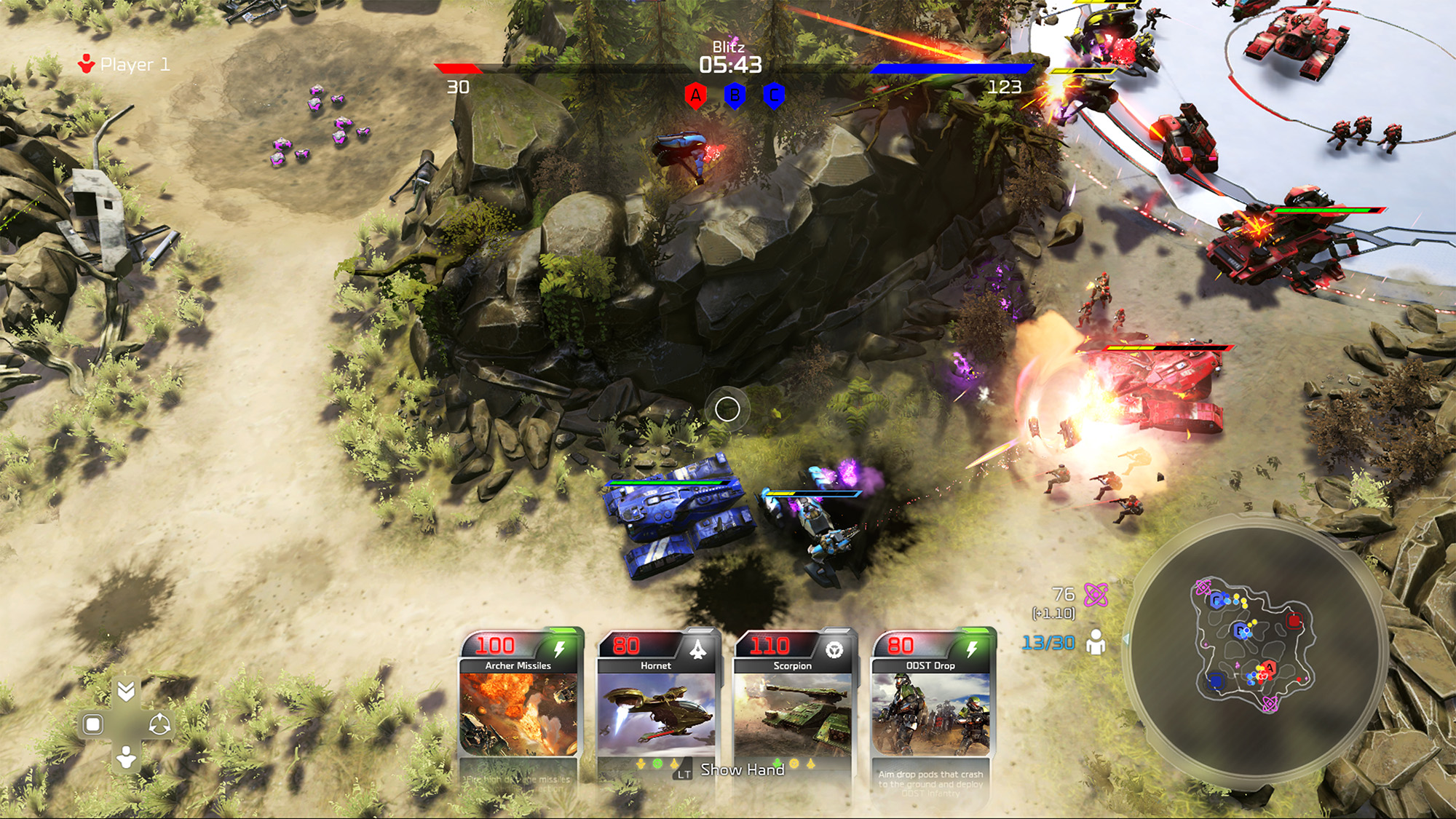 What initially seems like an over-simplification of the strategy genre, quickly grew to a more in-depth experience. Like all great accessible video games, particularly in the mobile space, you can delve as deep as they want into Blitz. Players are able to build their own decks and play on teams, adding another level of strategy to the game type.

Story-wise Halo Wars 2’s single-player campaign picks up where the original Halo War left off, though it also pushes the series’ narrative forward, according to Kevin Grace, managing editor at 343 Industries and the main writer of the game’s story.

“We have that continuity for the fans that played the first game and know what’s going on, but for the people that are brand new, they’ll here that message right away, ‘captain, wake up,’ This sells the idea that the captain has been out of the world for a good long time,” said Grace. 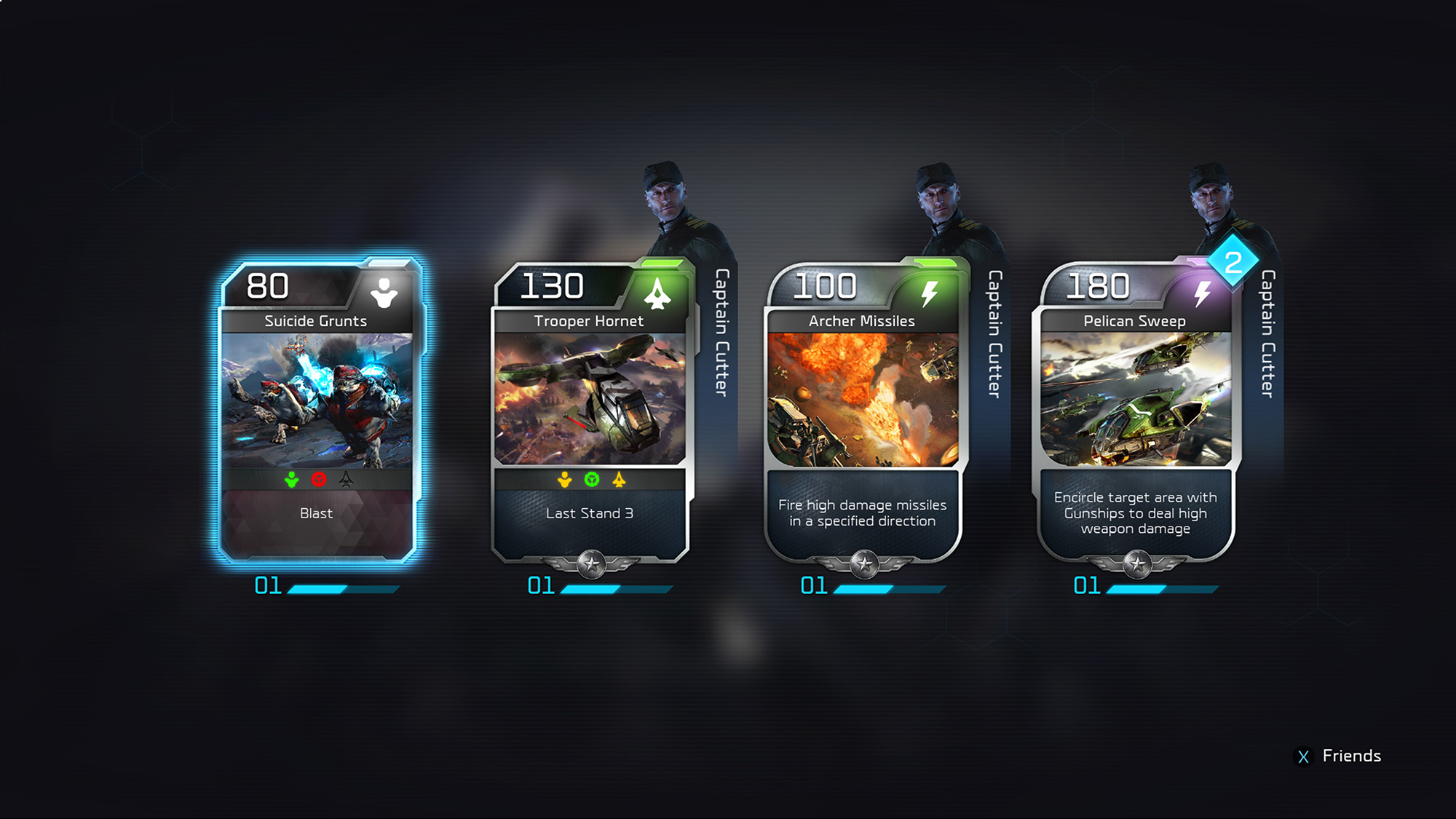 Grace says that Halo Wars 2 is set 28 years after the events of the first game, but still focuses on Captain James Cutter and the crew of the Spirit of Fire. To condense the game’s plot as simply as possible, the ship’s crew awakes from Cryosleep on the Ark, a Forerunner installation where Halo rings — the giant rings where the original Halo was actually set – are created.

With the war between humans and the Covenant becoming a distant memory, a fact the crew of the Spirit of Fire is not aware of, the ship responds to an emergency beacon and engages in battle with a splinter group of Brutes known as the Banished. 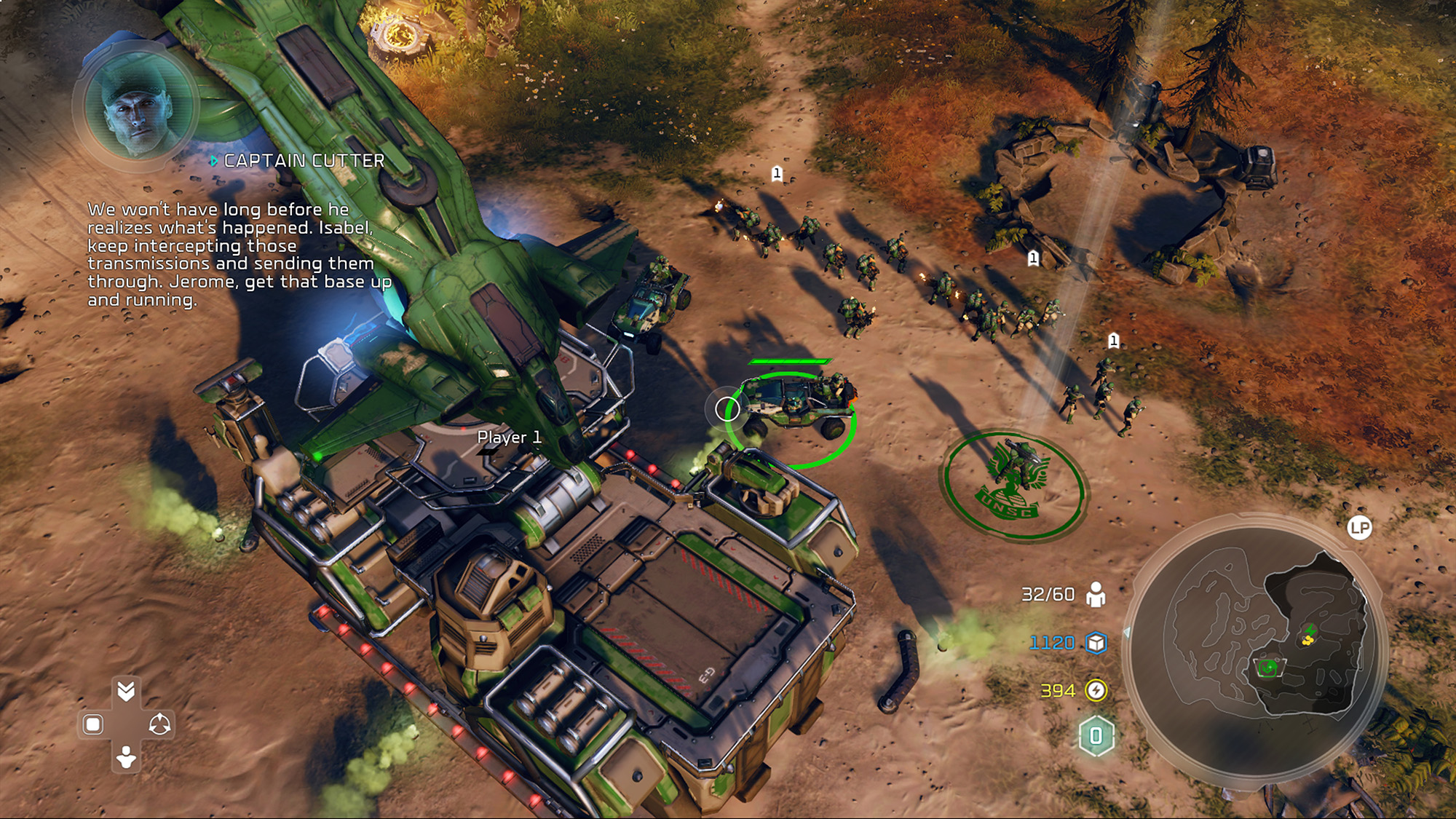 Unlike the original Halo Wars, Halo Wars 2 actually feels like it’s set in the universe Bungie created back in 2001, complete with sprawling, varied environments and more importantly, units that actually look like they belong in the franchise.

“While Halo Wars 1 did a decent job, I identified that as one of the game’s weaknesses; the units were just so small… We used the tools to help combat that like the number of units you actually have, lighting and the fact that there’s lighting on that surface — I want you to be able to identify what that guy is,” said Jeremy Cook, 343 Industries’ art director.

With Halo Wars 2, 343 Industries and Creative Assembly have built on what Ensemble Studios started, though the game is wholly its own take on the genre, especially in terms of multiplayer.

Halo Wars 2 will be released on February 21st on PC and Xbox One and is part of Microsoft’s cross-play program, which means one copy of the game, regardless of the platform it’s purchased on, also gets you the other version. The Ultimate Edition of the game comes with a remastered version of the original game for PC and Xbox One.