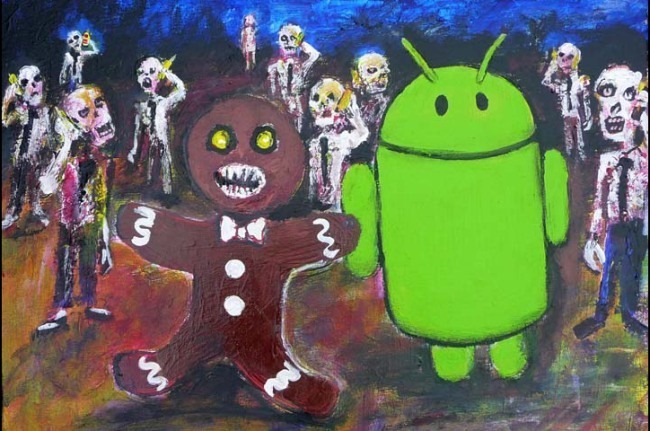 Have you ever wondered how some of the fun easter eggs that dot Android ever made their way into Google’s mobile operating system? A new video tells the story of one of Android’s most famous easter eggs, and it comes courtesy of Nat and Lo, the same pair of Google employees that announced the official name of Android M.

It turns out there’s an employee at Google, Dianne Hackborn, who originated the idea of hiding small tidbits of Android’s culture and history into the Android Version tag in Settings/About. The role was subsequently undertaken by another Google employee, who maintains it to this day.

The surprise Hackborn is most well-known for is the Zombie Gingerbread easter egg that shipped with Android 2.3.3. On a phone running Gingerbread, go to the Settings app and starting tapping on the Android version number, eventually a painting by Jack Larson (pictured above), an artist from New Mexico that’s famous for work that predominantly features the undead, will appear.

If you haven’t already, check out the other videos Nat and Lo have posted to their YouTube channel. Prior to releasing the video highlighted above, the women uploaded one on the work Google is doing on deep neural networks and machine learning that’s an interesting look into what happens inside of Google.