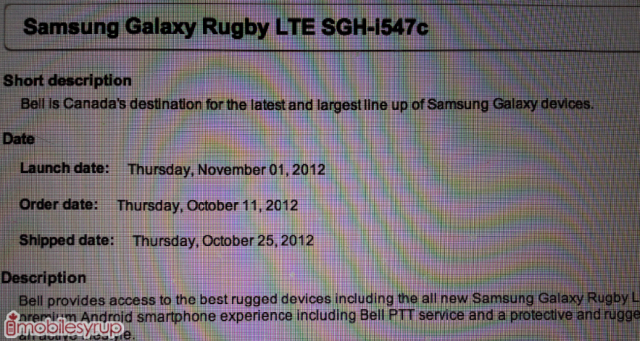 Let’s face it. Rugged devices are a limited breed, couple that with Push-to-Talk and LTE capabilities make it even more scarce. Bell’s PTT LTE network will be going live “in the first half of 2013,″ but that’s not stopping them from releasing a new device.

On November November 1st, Bell will be launching the Samsung Galaxy Rugby LTE (model number SGH-i547c). This is an Android-powered (Ice Cream Sandwich) rugged device that has a 1.5GHz dual-core processor and is LTE-capable – but in the meantime will fall back to HSPA+. As will all rugged handsets, it’s military grade and certified to be water and dust proof. Other specs have the Rugby LTE coming with a 3.97-inch Super AMOLED display (480 x 800 resolution), 5MP camera and a 1.3MP front-facing camera, 1850mAh battery, DLNA, NFC with S-Beam support, and weighs in at a hefty 161 grams. 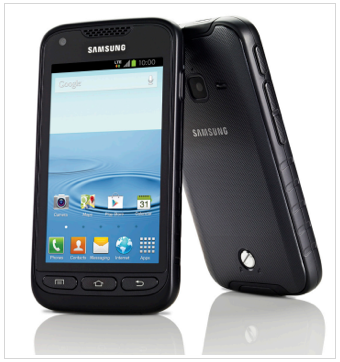