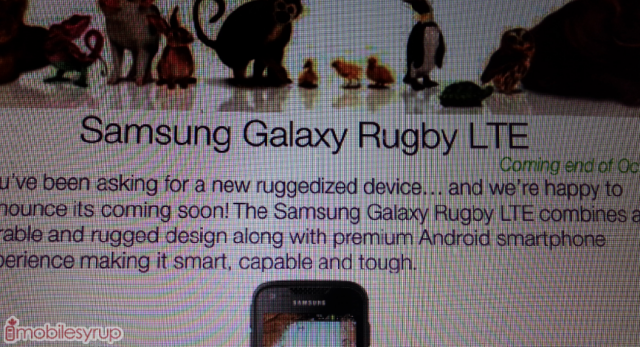 Looks like TELUS might actually beat Bell to the punch and release the Samsung Galaxy Rugby LTE a few days earlier. Just this morning we posted news that Bell would launch the rugged Rugby LTE on November 1st, but according to this internal doc TELUS will start selling the Android Ice Cream Sandwich device in October, specifically at the “end of October.” We’re also hearing the no-term pricing will be around the $450-$500 mark.