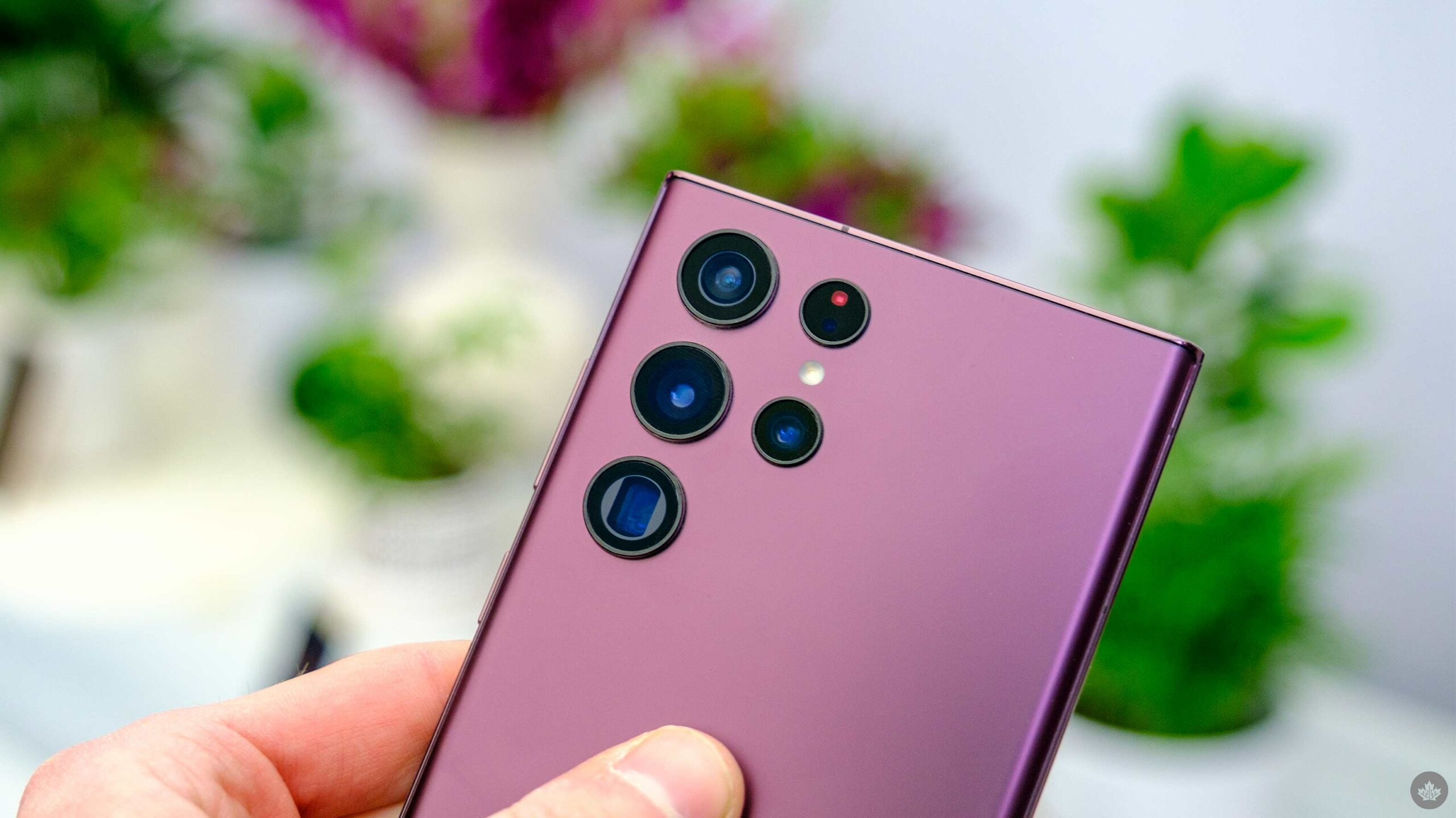 On the surface, not a lot seems to have changed between last year’s S21 series and the new Galaxy S22 line. The camera bump has been wiped off, but the shooter placement and design is near identical to its predecessor.

The new Note-inspired Galaxy S22 Ultra features five camera sensors, similar to the S21 Ultra from last year. From lens aperture and magnification to the sensors, not a lot has changed. Even the front-facing selfie cameras are identical.

This doesn’t discredit the new phone, however. Because it’s bringing back the S Pen slot and features Qualcomm’s latest Snapdragon chipset, it’s likely to be a beast. However, this may be a more relaxed year in terms of camera improvements, at least on the hardware side.

I need to outline more camera terms than anyone should be subjected to before we continue, so feel free to skip ahead if you’re confident in your camera hardware terminology.

Sensor: The camera sensor is a light-sensitive slate that sits behind the lens to capture the image. You need a good sensor and lens to get an ideal picture, but in mobile photography, the sensor is critical since there’s not a lot of lens to enhance images with depth-of-field.

Lens: This is the glass that sits in front of the sensor. This can magnify images and enhance depth. However, mobile camera arrays often offer the same lenses and different sensors. This changes focal perspectives. It’s also the opposite of how an interchangeable lens camera system typically works. 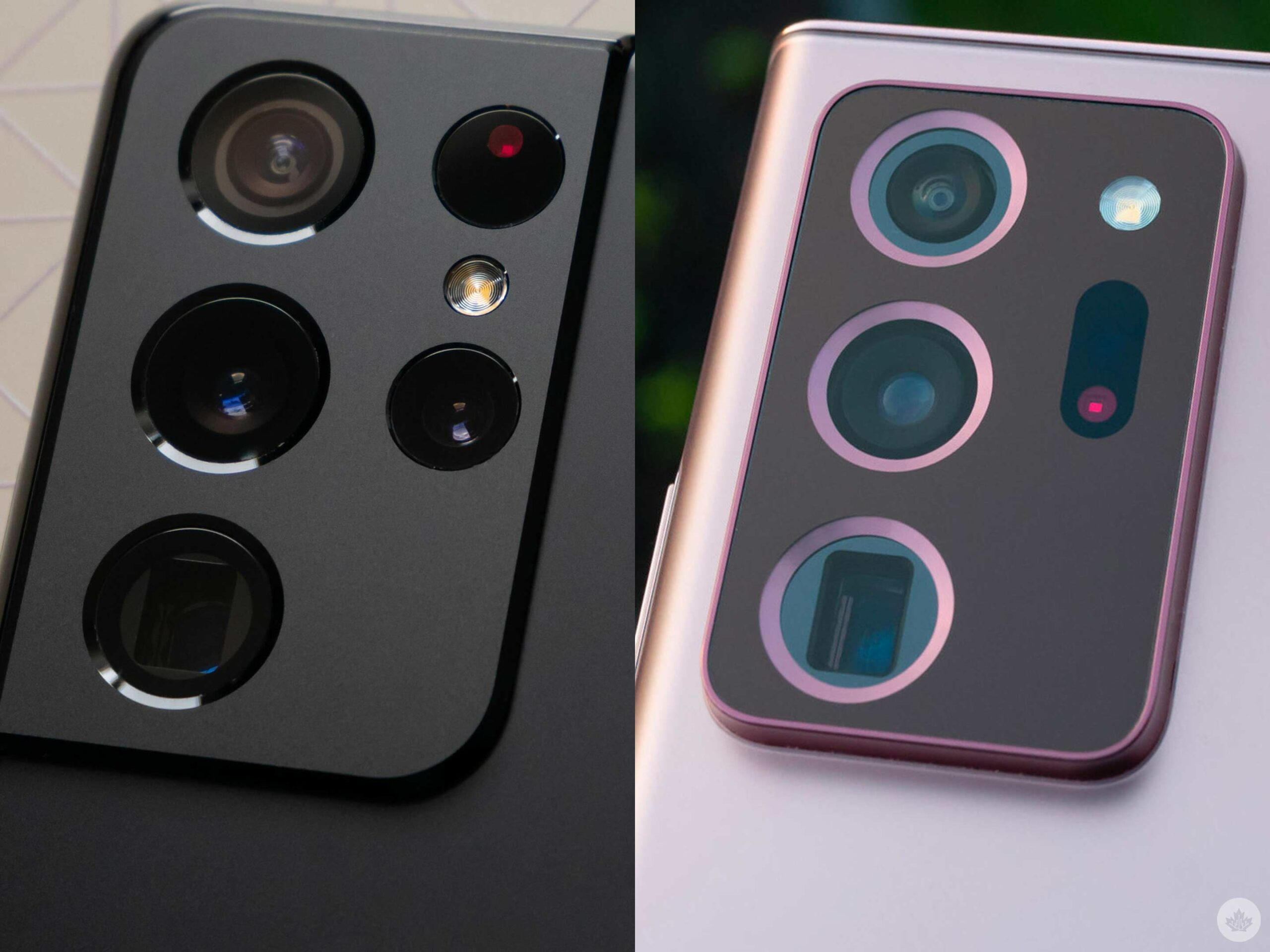 Measuring sensors: As a holdover from the film days, camera manufacturers have been labelling camera sensors based on the size of vacuum tube they’d fit inside. A 1-inch sensor can fit inside the diameter of a 1-inch tube. The actual diagonal space on that sensor is 16mm.

Micrometres: There are several ways to measure a camera sensor size, but typically mobile phones use micrometres (µm) to measure the pixels on the sensor.

Is this the same camera hardware as last year?

Samsung is hyping the S22 Ultra’s 108-megapixel sensor, but it’s the same optics setup from last year’s S21 Ultra and the Note 20 Ultra from 2020. The sensors feature a pixel size of 0.8 micrometres, a very similar field of view and a 1/1.33-inch sensor with a diagonal space of 12mm.

The reality is that this sensor released in 2019, and Samsung is just getting better at image processing. There have been tweaks to the field-of-view in the cameras and a few hardware enhancements, but not many.

This is a good thing, but when the Galaxy S22 Ultra website says, “We’ve reworked the hardware and software in our Pro-grade Camera and now comes our brightest innovation yet — Nightography,” most would expect more hardware changes. 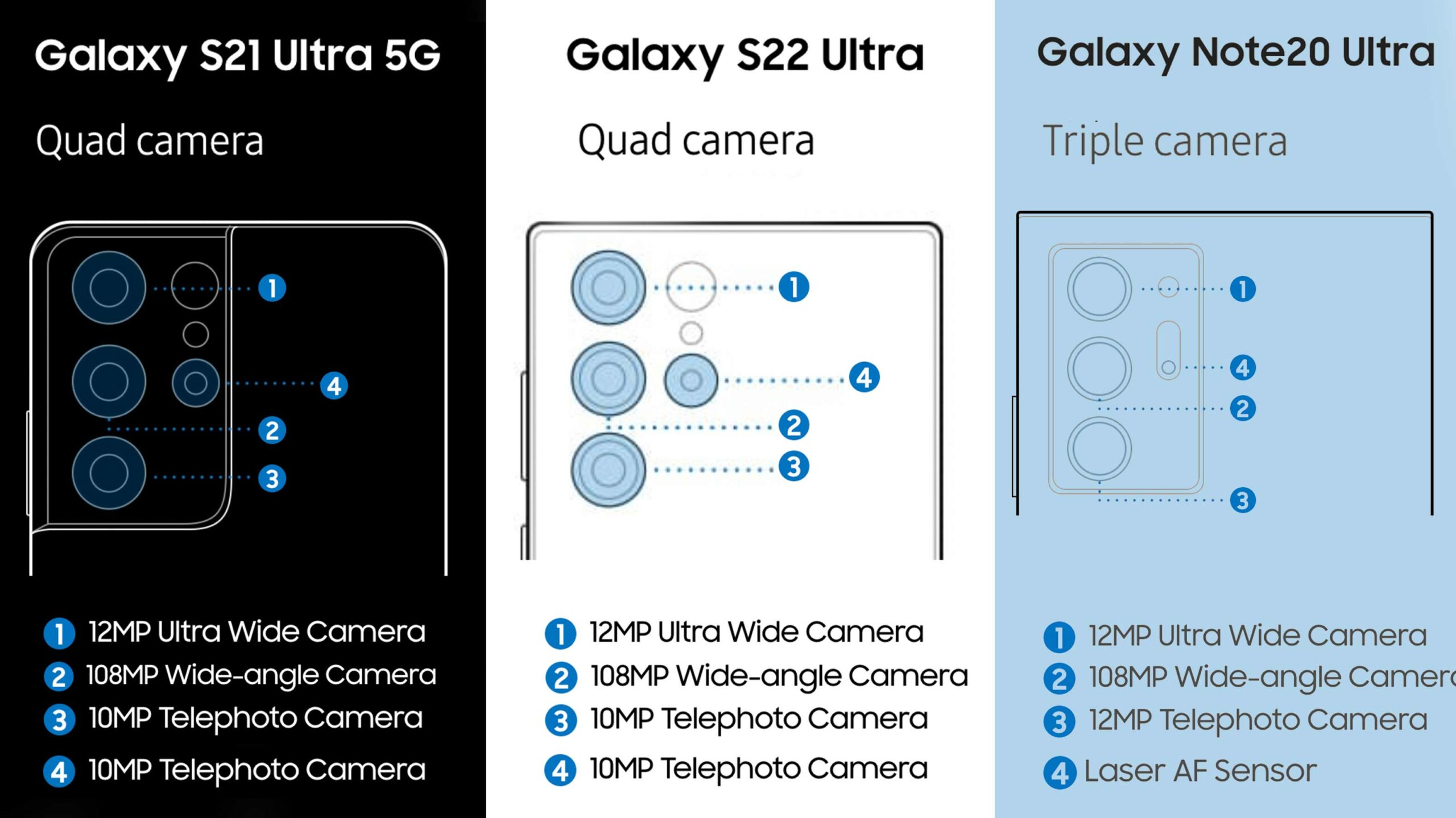 That said, the new S22 Ultra is using a new ‘SuperClear glass’ with an anti-reflective coating. Night photography does often result in glare, so this will likely help.

A report from PhoneArena claims that the optical image stabilization (OIS) and the software supporting the S22 Ultra are 48 percent less shakey than the S21 Ultra. While this mainly helps shoot video, you can also get brighter night photos if you hold your phone still with a long enough shutter time.

With this in mind, I’m just a camera nerd and not a camera engineer, so there might be more hardware differences I’m missing. I’ll have a more informed opinion on the S22 Ultra’s camera systems after getting more hands-on time with the smartphone.

The camera upgrade story is a little different with the S22 and S22+. Both devices feature a revamped sensor that’s 23 percent larger than the one in the S21 and S21+. This new sensor can shoot 50-megapixel images and offers better dual-pixel autofocus, which should help shoot photos and video. 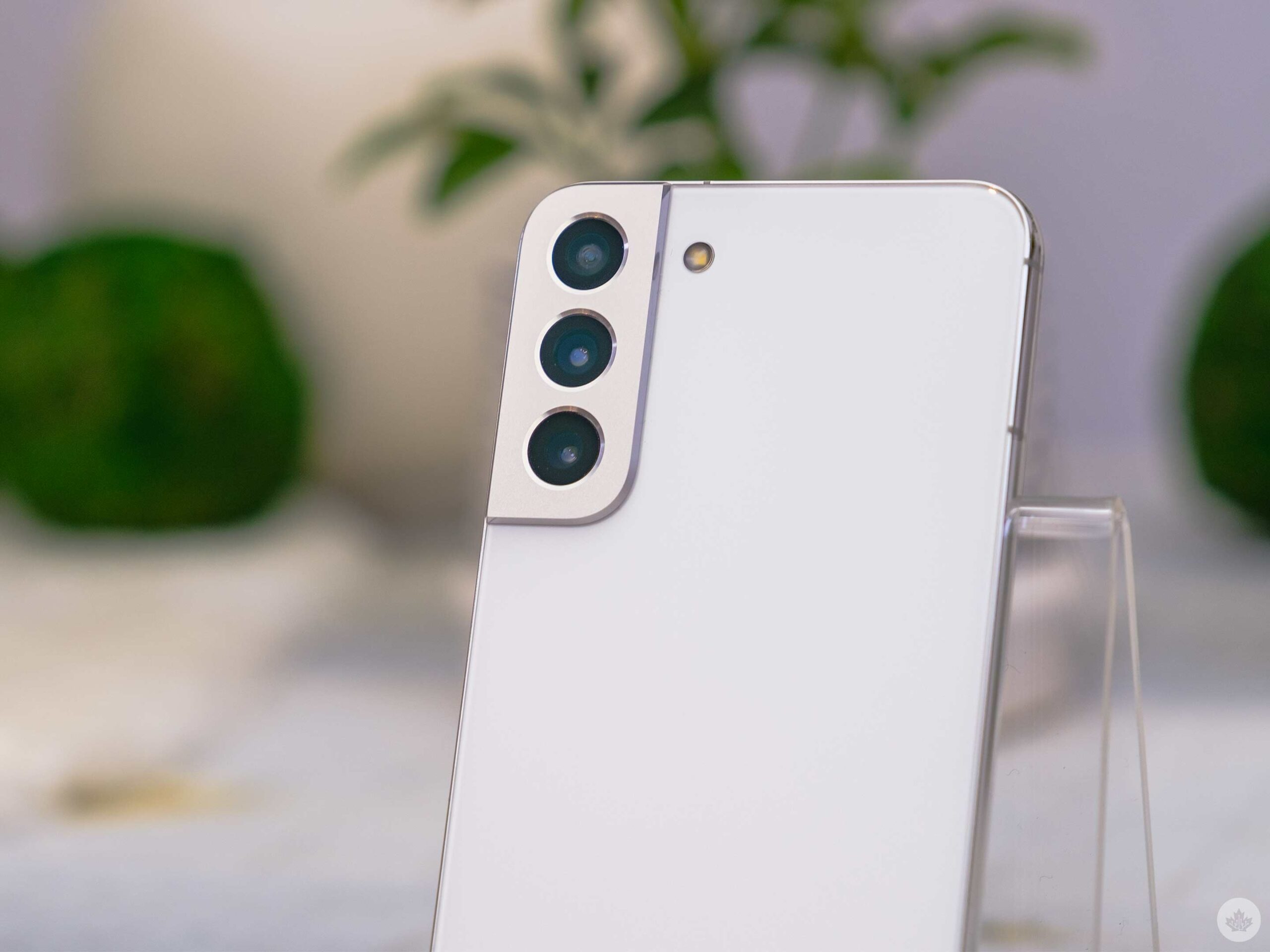 Overall, it’s not the worst thing in the world to reuse camera parts since Samsung has had a great mobile camera system over the past year. Also, keeping the same hardware across lines allows for more software enhancements as developers and engineers get more familiar with the gear over time (for example, the Pixel line, which used the same sensor for years while steadily improving results with software).

Apple even implemented a similar strategy with the iPhone 13 by moving all of its mobile cameras over to the same sensor size.

As we’ve discovered, most of the new lowlight performance is likely taking advantage of software and improved OIS, but beyond shooting at night, what else has Samsung packed into its new phones?

On the video side of things, Samsung says its new devices should be more stable and can record HDR video for more accurate colours in the shadows and highlights of video. 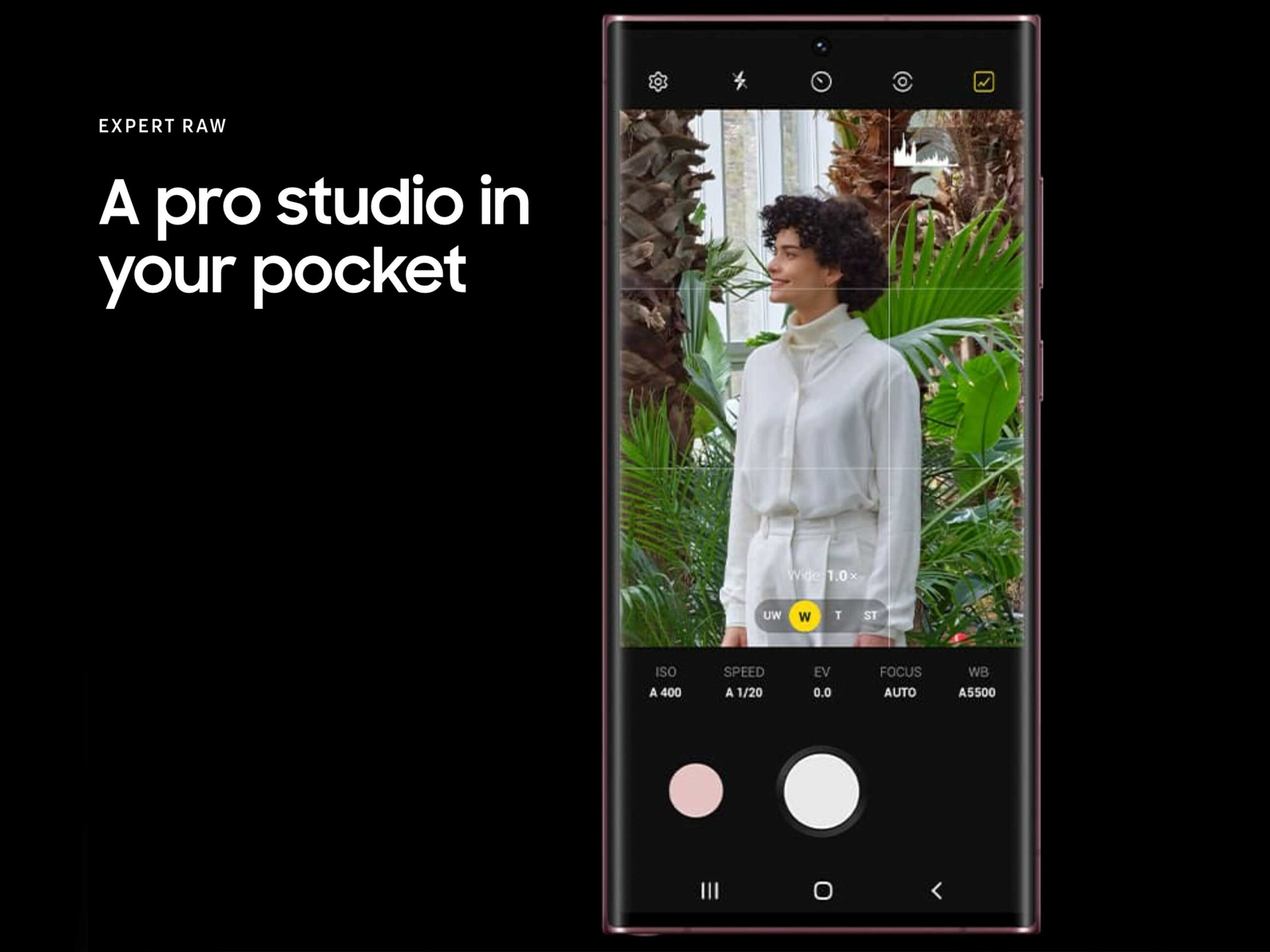 One of the coolest features is likely to go unnoticed by most people since it’s so subtle. The AI in the camera can try to detect the lighting in a room and adjust to it. Samsung is using this feature to bump the framerate up or down to help keep lighting consistent in a shot. Generally, mobile cameras adjust ISO automatically, but this can introduce more noise into lowlight videos. This new mode will try and input less noise.

Other video features include ‘Auto-framing’ to keep your subject in the frame even if they’re moving around a lot. This is similar to how Facebook Portals work or ‘Center Stage’ on iPad. The key difference here is that it works in the video recording app, not just in video calls.

That’s all we were able to uncover from the spec sheets and websites, but stay tuned to MobileSyrup over the coming days for even more detailed Galaxy S22 news and analysis.