The team largely consists of former developers from the now-defunct Typhoon Studios, which made last year's "Journey to the Savage Planet" 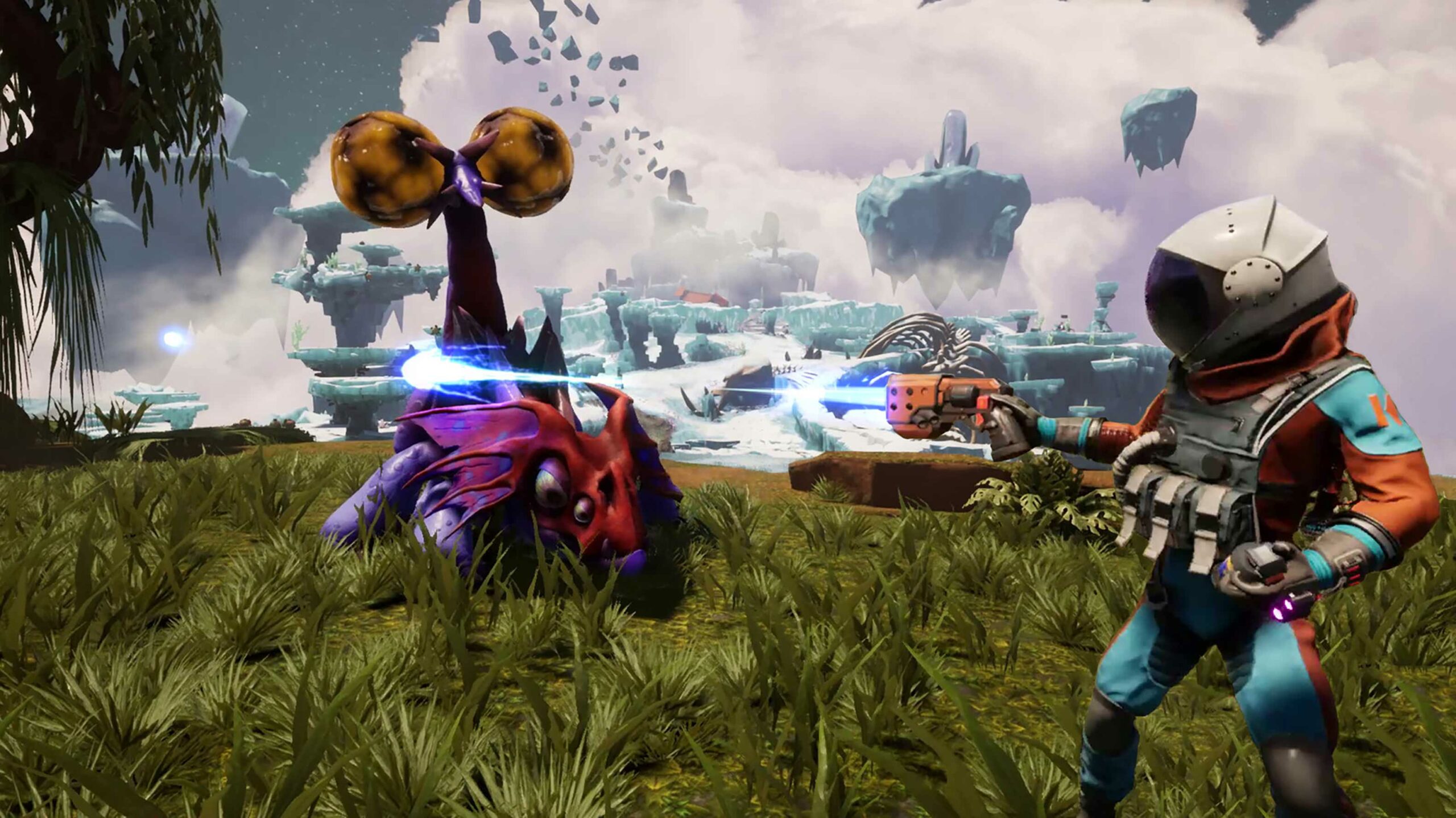 The team is consists of many people from Typhoon Studios, the now-defunct Montreal-based developer of Journey to the Savage Planet. Google acquired the studio in December 2019 but shuttered it in February 2021 as part of the larger closure of its Stadia Games & Entertainment first-party development division.

Altogether, there are about 20 people at the studio currently. However, after GamesIndustry.biz‘s story went live, many people pointed out on Twitter how Raccoon Logic’s team is seemingly comprised solely of white males, especially at a time when the gaming industry is actively pushing for more diversity and inclusion. The state of California has also filed a lawsuit against publishing giant Activision Blizzard for allegedly fostering a “frat boy culture” that allowed predominantly male developers to routinely abuse their female coworkers.

Given all of that, Bloomberg reporter Jason Schreier asked Hutchinson on Twitter for his “thoughts on diversity and whether it matters for a game studio,” to which the Raccoon Logic creative director responded by accusing him of “trolling.”

It's pretty wild that in 2021 a new game studio still looks like this https://t.co/klV0FbvG8s pic.twitter.com/m9NVFILGYj

Canadian games writer Mitch Dyer (Star Wars: Squadrons) also asked “why isn’t there a single woman in your staff photo?,” and Hutchinson replied that Noémie L’Écuyer, Raccoon Logic’s producer, “couldn’t get back from Mexico” due to COVID-19. L’Écuyer is the only woman listed on the developer’s ‘About Us’ page, while no people of colour are present.

Hutchinson has previously come under fire for suggesting that games media exhibit “subtle racism” for praising many Japanese-made games and, more recently, for stating that content creators should pay companies to stream their titles. With regards to the latter controversy, Google quickly went public to distance itself from Hutchinson’s comments, although Hutchinson maintains now that what he said is “still a fact.”

For now, Schneider has said that Raccoon Logic will expand its team, although the goal is to keep it small at no more than 30 to 35 developers.

For financial backing, Raccoon Logic has also turned to Chinese conglomerate Tencent, which owns League of Legends maker Riot and has stakes in the likes of Epic (Fortnite), Activision Blizzard (Call of Duty) and Ubisoft (Assassin’s Creed). Tencent has made a minority investment in Raccoon Logic, allowing the Montreal studio to remain independent.

It’s unclear what Raccoon Logic’s first game will be, although Schneider teased that it will be more lighthearted in tone à la Journey to the Savage Planet. Additionally, he notes that Raccoon Logic has managed to retain the rights to Journey to the Savage Planet following negotiations with Google and original publisher 505 Games. Further, he says Google allowed the team to keep the source code for the undisclosed projects they had in development at Stadia prior to their cancellation.

Elsewhere in the interview, Schneider reflected on Stadia, noting that the beleaguered service’s technology is strong but it has struggled due to Google being “a platform company, not a content company.” He went on to mention that “the reality is technology is a means to an end, but the reason people go to platforms is content.”

The Raccoon Logic developers aren’t the only former Stadia employees who have since started up their own studio. Canadian games creator and producer Jade Raymond, who led Stadia Games & Entertainment, founded her own Montreal-based independent team called Haven. The studio, which reunites with Raymond with several ex-Stadia staffers, is currently working on a brand-new IP for PlayStation.

Update 12/08/2021 at 1:45pm ET: GamesIndustry.biz has published a separate feature on Raccoon Logic containing additional quotes and a new statement from the studio regarding its approach to diversity.

To start, GamesIndustry.biz noted that it made a “mistake” in cutting a section of its original interview with co-founder Schneider for the sake of length. While Schneider didn’t specifically mention bringing on more women and/or people of colour, he did say the following on the company’s hiring practices:

“You have to be super vigilant about it and careful. We take a very careful approach at hiring, and Typhoon worked as a test run for ‘who’s just a good human being, and who’s not?’ Unfortunately, I don’t think there’s any magic bullets but I do think there’s responsibility on the founders and the leads to set the pace. If we don’t act in a way that sets the standard, it’s a tacit approval of bad behaviour.”

“Recruitment and interviews are something that took time and is an ongoing process so it would important [sic] to contextualise that announcing the opening of the studio is not the point of arrival but the point of start where we will expand and continue in promoting diversity of opinion and expression in different form in the most open possible way (gender, race, sexual orientation and religion above others).

“The studio is here and is open to everyone to apply without any sort of discrimination. We can confirm, we interviewed multiple female candidates for our production leadership position and ultimately hired a woman. We also did interview BIPOC people for our other open positions, and look forward to hiring more.”