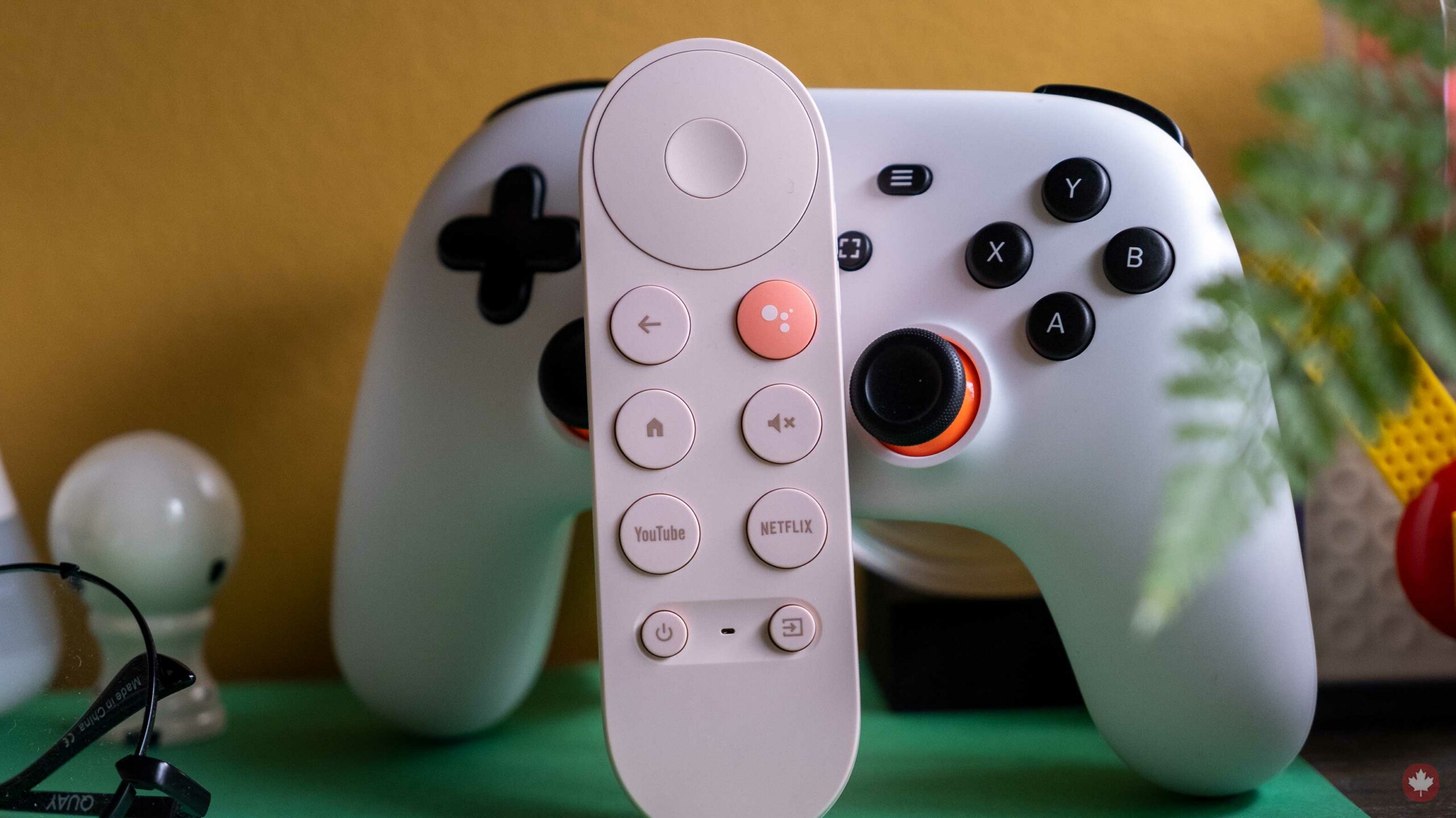 Now that Stadia finally works with Google TV, Google has rolled out a new bundle on the Google Store that lets customers get a Chromecast with Google TV and Stadia controller for slightly less than buying them individually.

9to5Google first spotted the bundle, but MobileSyrup can confirm the ‘Play and Watch with Google TV Package’ is available from the Canadian Google Store too. The bundle comes in two flavours, the standard one with a Chromecast, remote and Stadia controller for $139.99 (total $158.99 purchased separately)  or the same with an ethernet adapter for the Chromecast priced at $154.98 ($183.98 purchased separately).

$19 (or $29 for the ethernet adapter variant) in savings isn’t huge, but it’s better than nothing. Plus, it makes a lot of sense for Google to sell Stadia controllers and Chromecasts in a bundle. One of the main selling points of the service was you didn’t need a console, you could effectively play anywhere with a controller and a something to stream the video, be it a Chromecast, laptop or phone.

The bundle also lets customers select colours for the controller and Chromecast. The Chromecast with Google TV comes in ‘Snow,’ ‘Sunrise’ or ‘Sky,’ while the controller comes in ‘Clearly White,’ ‘Just Black’ or ‘Wasabi.’ Finally, new players who pick up the bundle get a month of Stadia Pro free.

Finally, it’s worth noting that the previous controller/Chromecast bundle Google offered, the Stadia Premiere Edition with a controller and Chromecast Ultra, is now down to $109.99. Previously, Google dropped the price to $139.99 from $169.99 last year. Google doesn’t sell the Chromecast Ultra anymore, so likely the Premiere bundle is sticking around to help the company clear out inventory.

You can check out the Play and Watch with Google TV Package on the Google Store here (and here for the ethernet version). Alternatively, you can find it under the ‘Stadia’ tab in the menu, or under the ‘Special Offers’ tab.