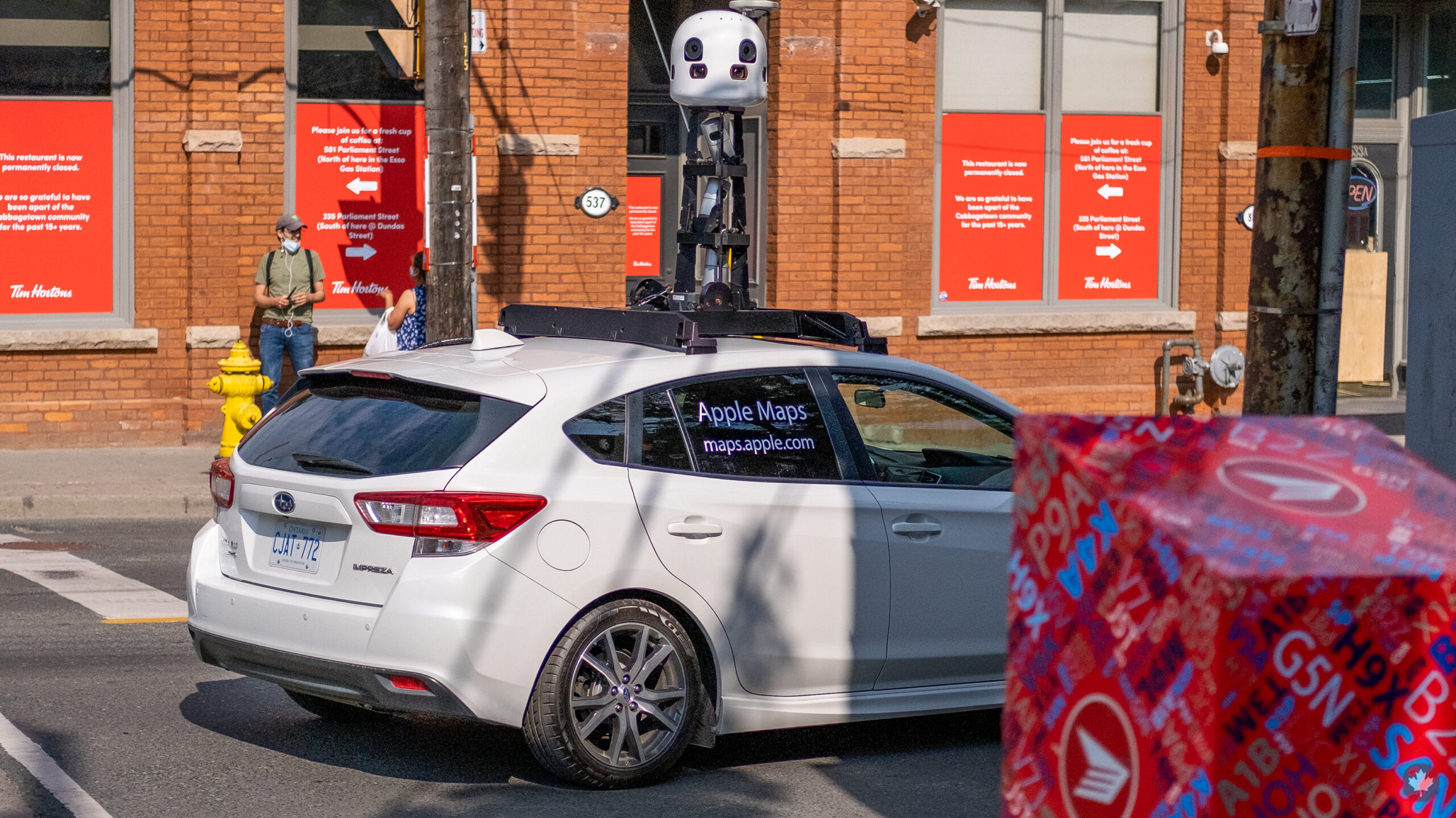 Back in 2019, Apple Canada announced that it would be making improvements to its Maps app by “driving across Canada throughout the summer.”

At the time, a fleet of Apple Maps cars was seen all across Canada in Alberta, British Columbia, Manitoba, New Brunswick, Newfoundland and Labrador, Nova Scotia, Ontario, Prince Edward Island, Quebec and Saskatchewan.

While the cars haven’t been spotted for a while now, MobileSyrup’s Bradley Bennett witnessed one driving across Parliament and Winchester St. intersection in Toronto on Saturday.

The vehicle appears to be a white Subaru Impreza with the roof-attached LiDAR scanner and was southbound (check out the image above).

This trip around town could be Apple keeping its map service up-to-date, though it could also relate to recording new data for Maps related to iOS 15’s detailed data like elevation, landmarks, street-level perspectives and more in certain major cities.