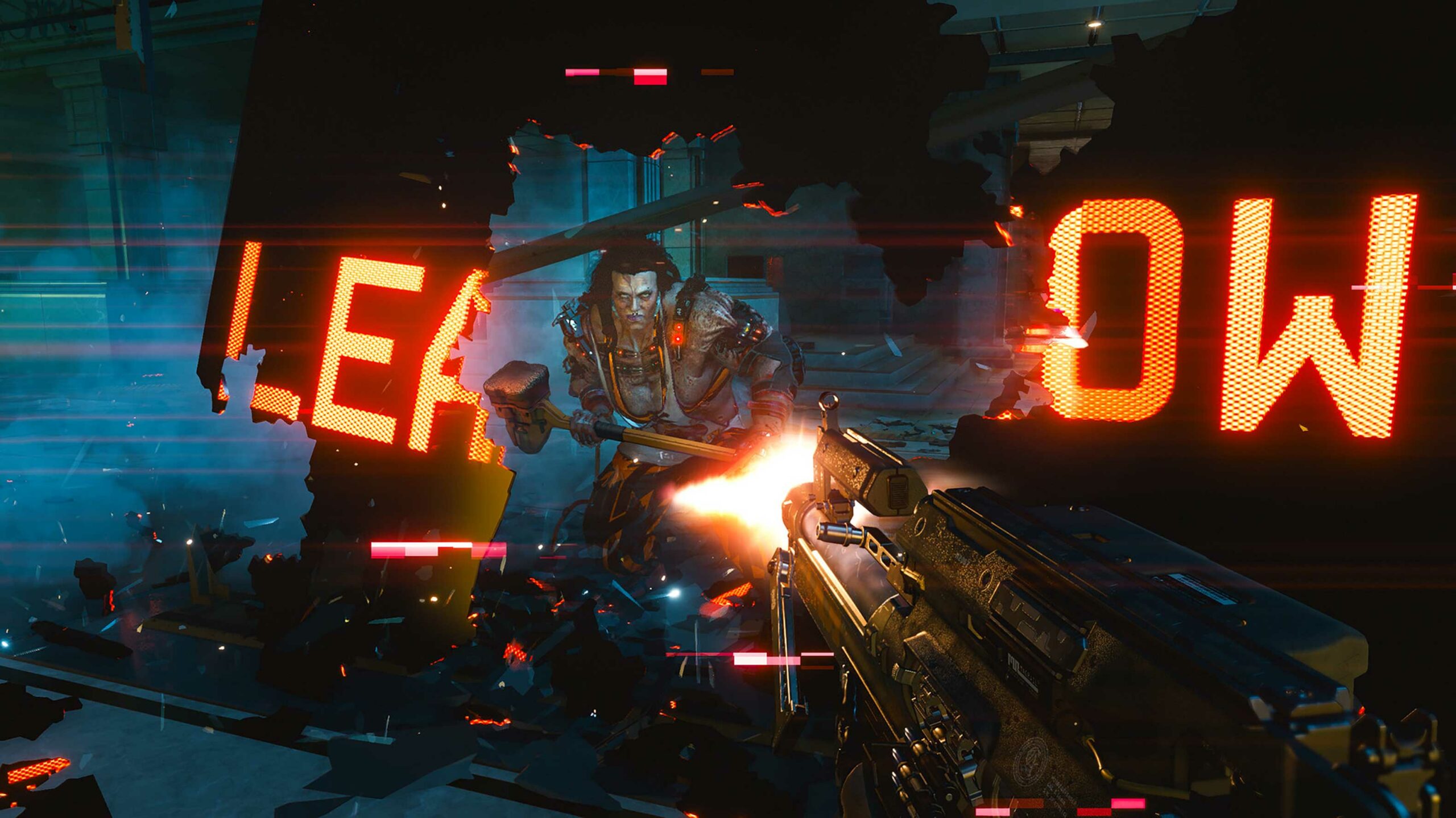 CD Projekt has provided some updates on the future of its much-maligned shooter-RPG Cyberpunk 2077.

To start, the Polish games publisher revealed in its latest earnings call that 60 percent of its first-quarter 2021 sales came from Cyberpunk 2077, although it didn’t reveal specifics.

But sales of the game continue to be limited overall following its December removal from the PlayStation Store due to its bug-ridden state, and it’s still unclear when this will be reversed. Per Axios Gaming editor Stephen Totillo, CD Projekt said PlayStation has metrics that it still must hit.

“We cannot go into the details of where we are with that. But there is a process. We’re in the middle of [it]…conversations happening…the decision will be announced when it’s ready to be announced,” said CD Projekt in the call.

Instead, the company reiterated its “commitment” to polishing Cyberpunk 2077 and making the game “a long-term success.” In in its earnings report, CD Projekt included a chart to demonstrate how the game’s “crash rate” has gone down over the past five months amid multiple patches. 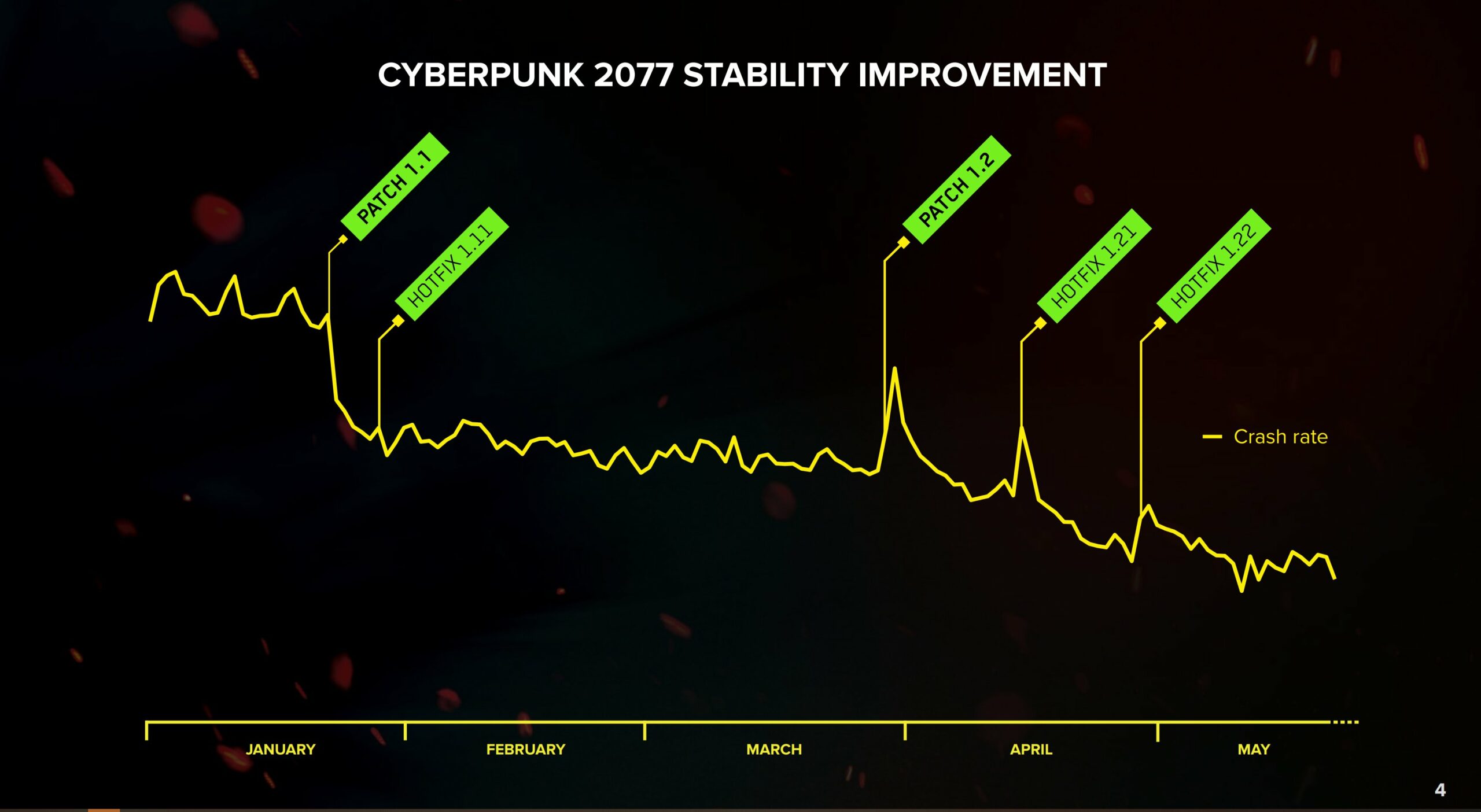 However, the graph only shows that crashes have been going down in general without any context, such as how many have still been occurring or what the breakdown is across the various platforms that Cyberpunk 2077 is available on.

Elsewhere, CD Projekt also provided an updated roadmap with the patches it’s issued to date and the additional hotfixes it has planned for 2021 and beyond. As previously promised, yet-to-be-revealed “free” downloadable content and a “new-gen” version (PS5 and Xbox Series X/S) will also come in the latter half of 2022. 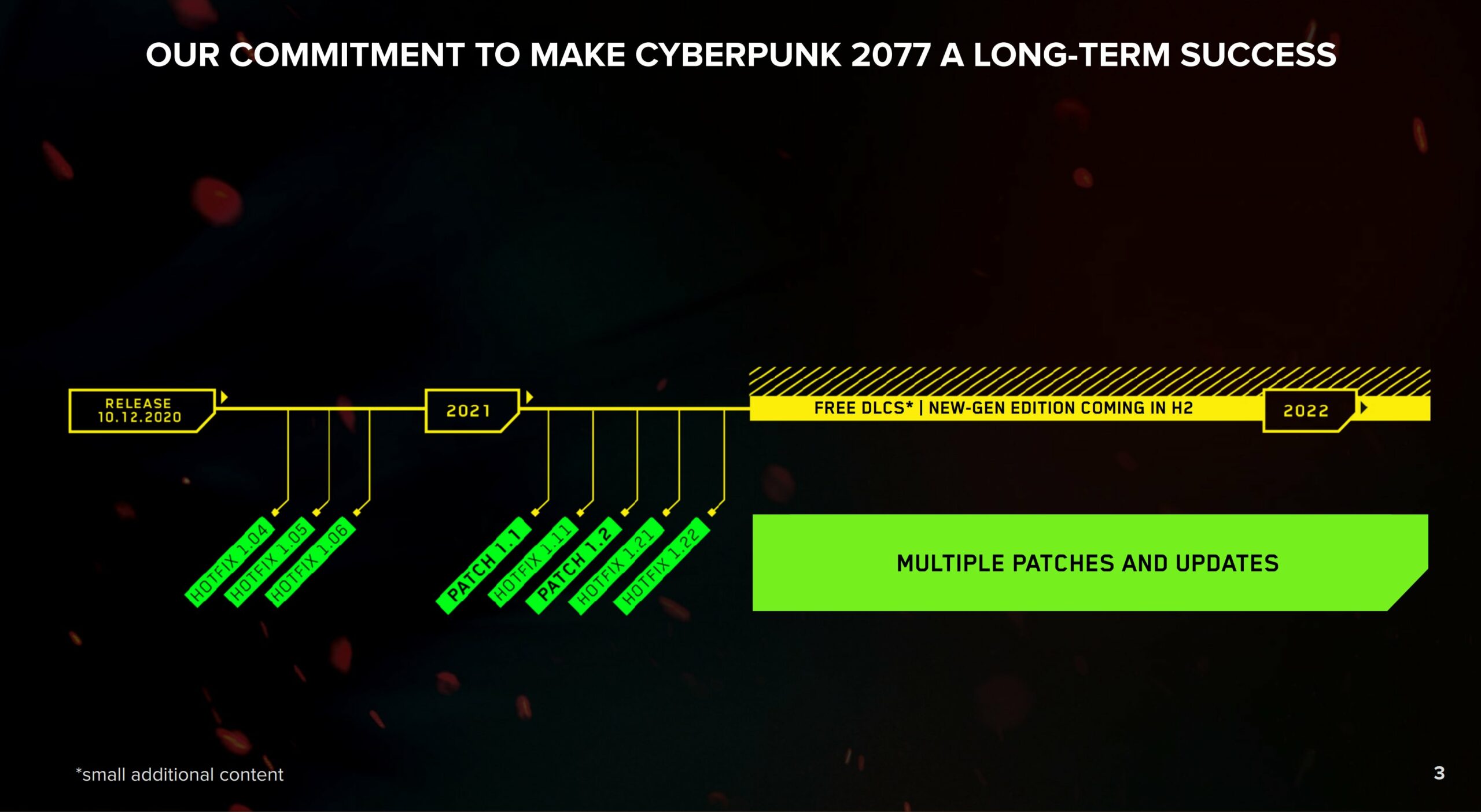 Finally, the company says its CD Projekt Red development teams are preparing to begin “parallel development of two AAA games” in 2022, presumably once Cyberpunk 2077 is in a predominantly acceptable state. Its new Vancouver studio will assist with these projects. For now, it remains to be seen what these games will be, although it’s expected that at least one of them will be The Witcher related.

For now, CD Projekt is planning to release The Witcher: Monster Slayer this summer, a Pokémon Go-esque AR mobile game, and PS5/Xbox Series X and S versions of The Witcher 3: Wild Hunt in the second half of the year.