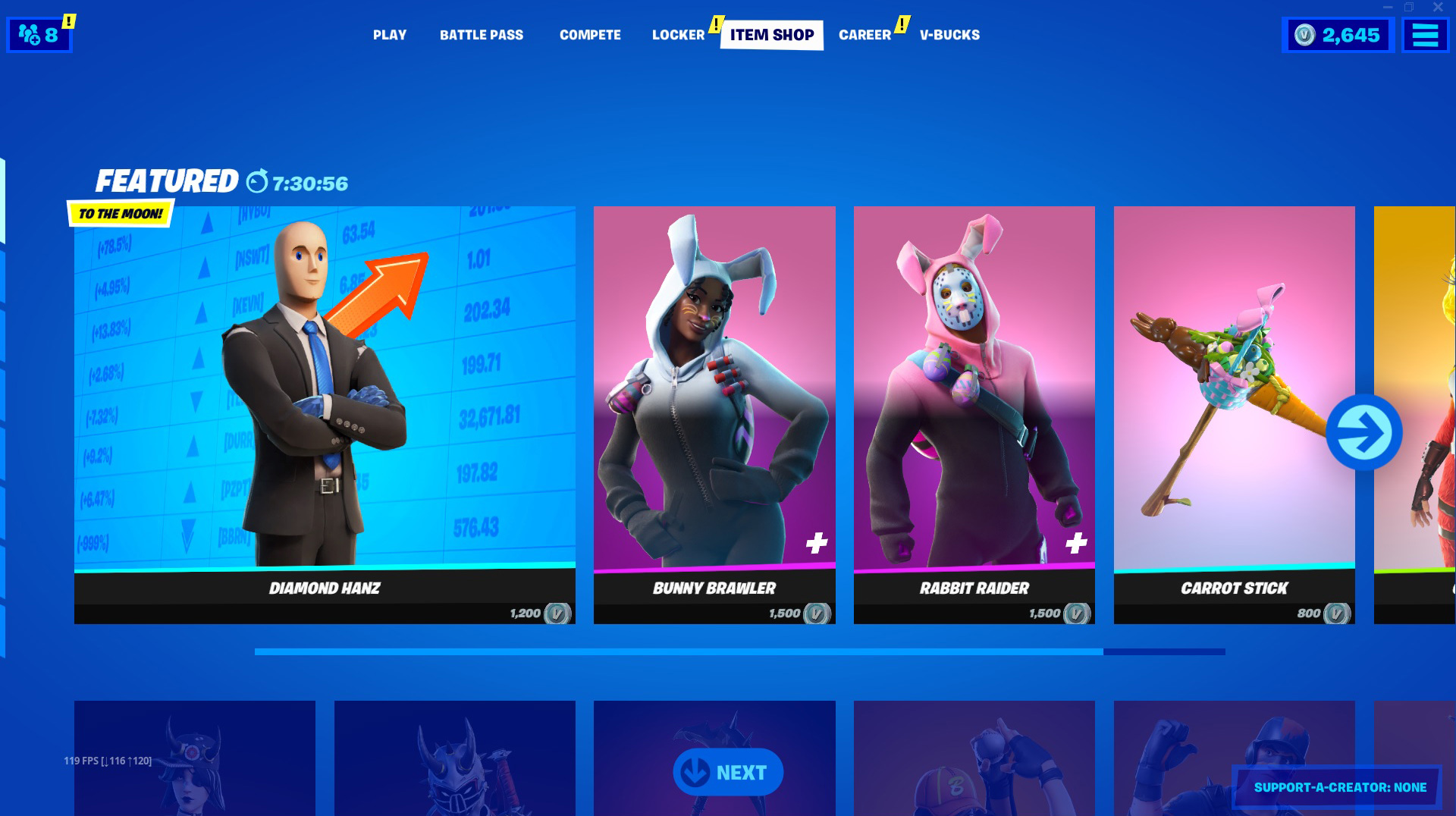 Epic Games has added the ‘Stonk Meme’ guy to Fortnite’s item shop. The brand-new skin is called Diamond Hanz — a direct reference to the frenzy around Reddit’s r/WallStreetBets that ensued in January.

It felt like an April Fools prank when Fortnite’s Twitter account first tweeted about the new skin, but a quick visit to the item shop reveals it’s here for keeps.

The 🔔 has been rung and Diamond Hanz is ready to answer the call.

The Diamond Hanz skin is paired with an orange arrow ‘back bling’ pointed upwards called ‘Gains,’ which is a homage to GME’s shares skyrocketing. 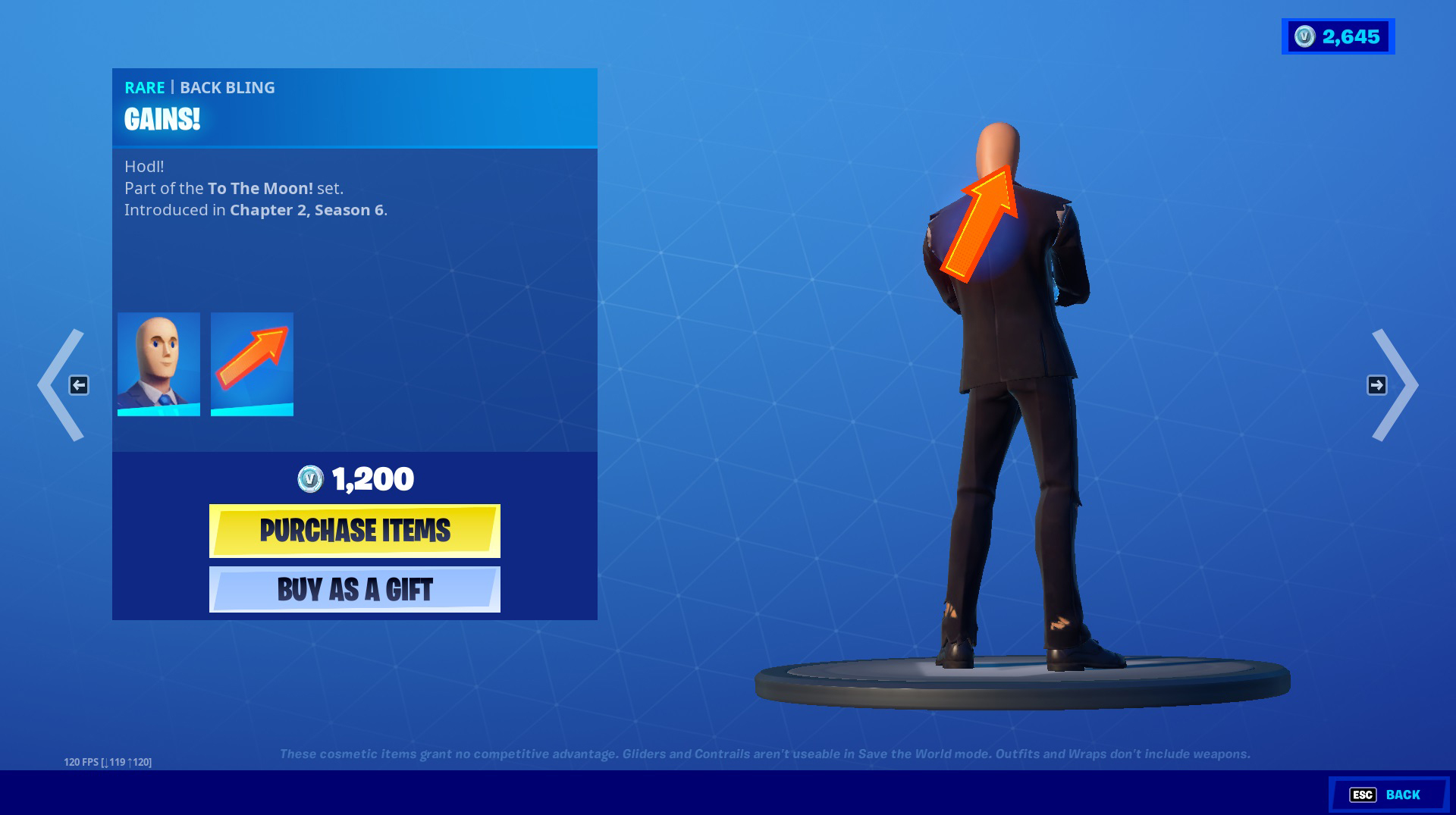 The Stonk meme has been around for a while but gained increased traction in January when a group of Redditors under the subreddit r/Wallstreetbets invested in GameStop stock collectively. Though the plan was in the works since October of last year, in January, GameStop’s stock went ‘to the moon,’ increasing by nearly 2,000 percent.

If you’re interested in the skin, you better move fast as the item shop is set to refresh at 8pm ET/5pm PT, and the skin is not expected to return any time soon.

Adding weird crossovers is nothing new for Fortnite. In the past, it added skins and emotes to the game that are trendy, including dance moves made popular by TikTok. They’ve also had multiple crossovers with many big media brands and titles, including Marvel and DC, Star Wars, John Wick, and Stranger Things, to name a few.

As the crowd from Wallstreetbets continues to invest in GameStop, they can rest assured that their meme will live forever in Fortnite.