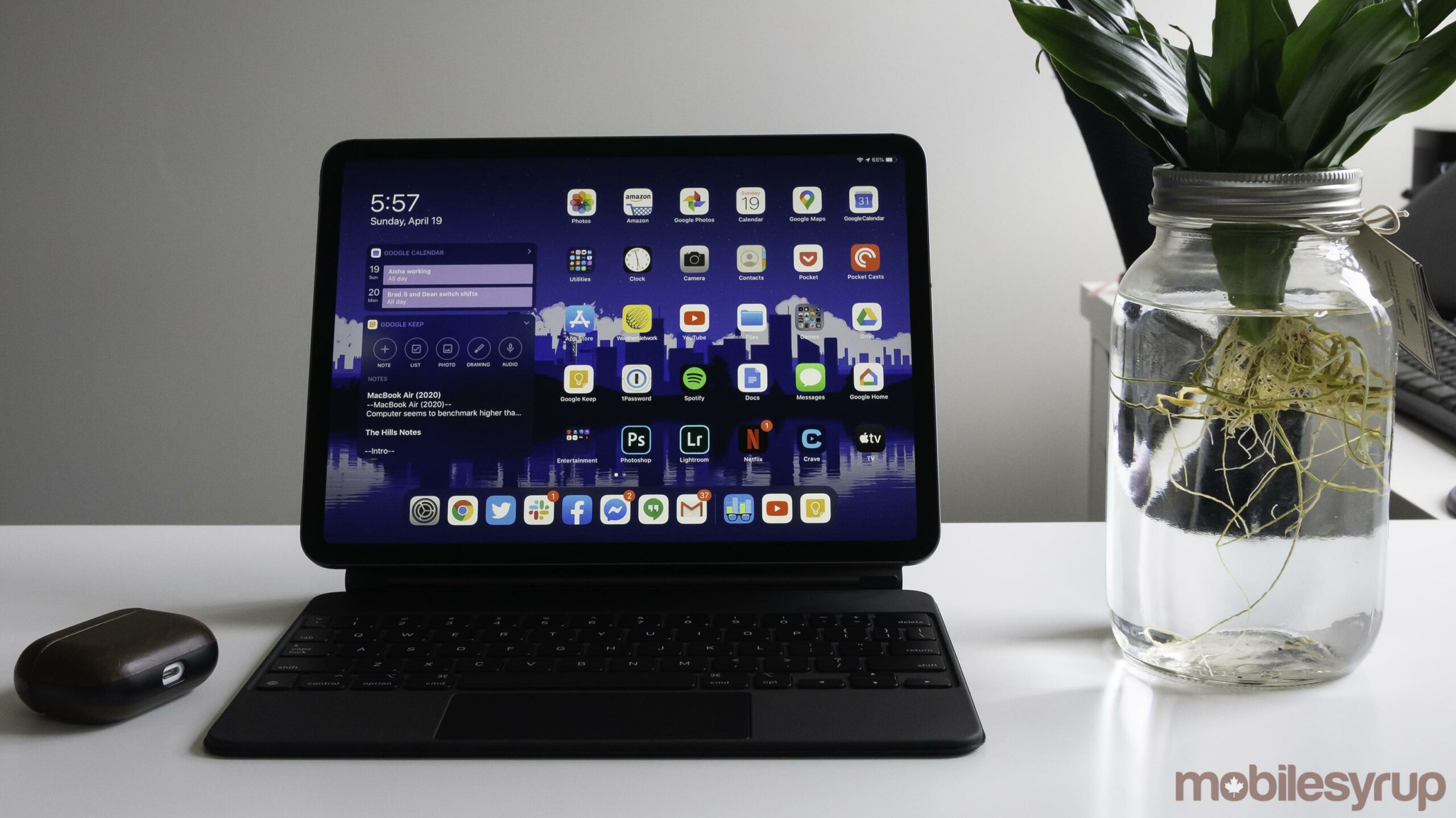 At this point, it’s getting more than a little difficult to track when Apple will hold its next product reveal event.

First, there were rumours of March 16th, then the 23rd, and now, Bloomberg’s often-reliable Marc Gurman says Apple could reveal new iPad Pro models “as early as April.”

According to the report, the new iPad Pro features a Thunderbolt-capable USB-C port, a faster A14x processor on par with the current ARM-based M1 chip and a mini-LED display in the larger 12.9-inch version of the tablet. Additionally, the report also says there’s an 11-inch iPad Pro refresh is expected, though it won’t include a mini-LED display.

Bringing a Thunderbolt port to the iPad Pro would allow the tablet to be compatible with external monitors and accessories like hard drives. On the other hand, mini-LED display technology should improve the tablet’s battery life and offer a better contrast ratio.

Bloomberg also says Apple will reveal a “thinner and lighter” version of its entry-level iPad later this year. Apple last refreshed the 10.2-inch iPad in October, though it featured the same ageing design that includes a physical Touch ID button and large bezels that it has had for the last few years.

Gurman goes on to say a new iPad mini with a larger 7.9-inch screen could also come “as early as this year.”

Earlier this month, rumours circulated that Apple could have plans to reveal its 3rd-generation AirPods in March, and a recent report from leaker ‘Kang‘ indicated that the new version of Apple’s entry-level wireless earbuds is “ready to ship.” Similar reports emerged surrounding Apple’s often-rumoured AirTags, a Tile-like Bluetooth tracking device that has been rumoured for years at this point.

Given that Gurman, who has a more reliable record than most leakers, doesn’t mention the AirPods 3 or AirTags in this report, it’s likely that, at the very least, neither device will release in the immediate future.