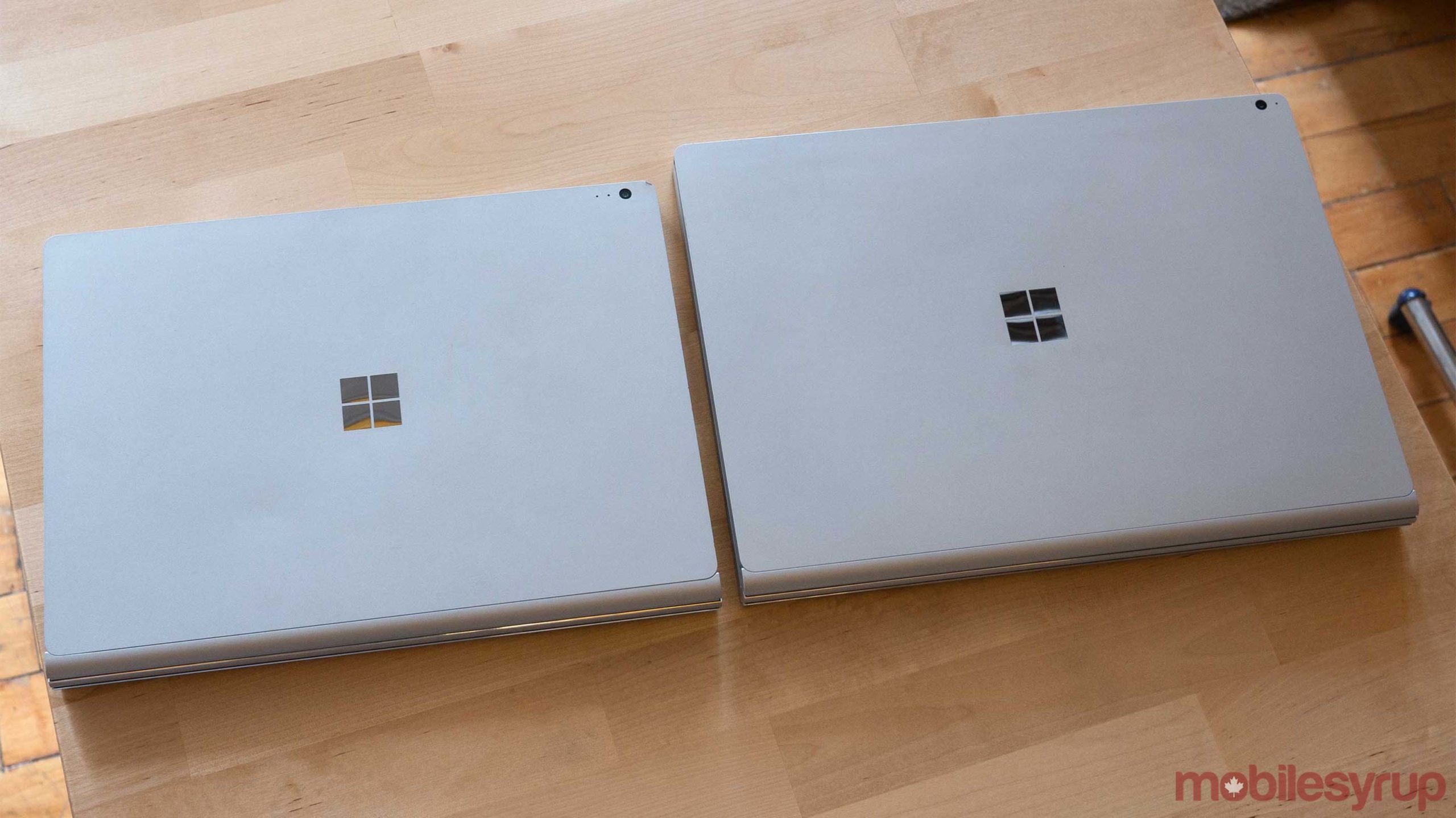 Alongside launching the Surface Go 2 in May, Microsoft is expected to unveil a refresh to its Surface Book line.

According to details leaked by some retailers — and spotted by Winfuture — Microsoft plans to equip the new Surface Book 3 with Intel’s latest 10th Gen processors. Further, the Surface Book 3 could potentially have up to 32GB of RAM and 1TB of storage. Specifically, the leaked details point to the Intel Core i5-10210U and Core i7-10510U, both quad-core CPUs with respective base clocks of 1.6 and 1.8GHz and turbo clocks of 4.2 and 4.9GHz.

On top of that, some configurations of the Surface Book 3 could include Nvidia’s Quadro graphics chips. Quadro chips are better optimized for professional apps instead of gaming and cater to 3D animators, designers and engineers.

Considering the pro hardware like the Quadro graphics indicated in the leak, the Surface Book 3 reportedly will come with a high price tag. The leaked details we could see a price ranging from €1,023.05 EUR at the base to €4,323.52 EUR at the high end (roughly $1,569.26 to $6,631.85 CAD). Of course, considering the nature of the leak, those prices should be taken with a grain of salt. Further, there will likely be differences in regional pricing and the final Canadian price could be higher or lower.

Microsoft is expected to launch the Surface Book 3 alongside its refreshed Surface Go 2 at an event sometime in May. However, the exact date has yet to be determined.

Source: Winfuture Via: The Verge