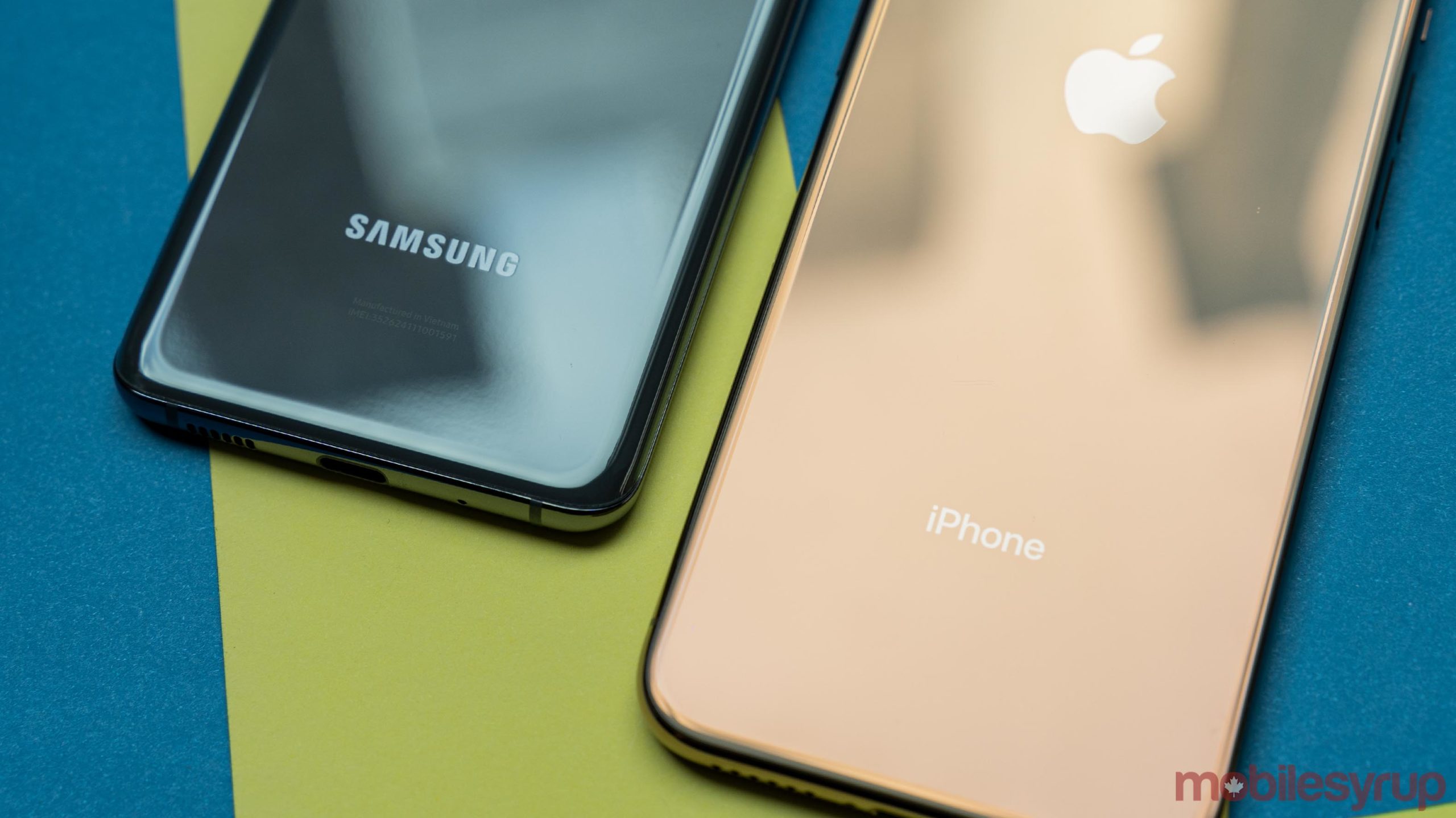 In reports from both Counterpoint Research and Omdia, Apple’s iPhone 11 and the XR claimed the top two spots worldwide. Further, it’s quite impressive that the iPhone 11 claimed second place in 2019 considering it only went on sale for the last few months of the year.

While Apple claimed the top two spots, Samsung was close behind with phones in third, fourth and fifth place. However, none of Samsung’s flagship devices made the cut. Instead, the Galaxy A10, A50 and A20 took those spots respectively.

Apple followed up with its flagship iPhone 11 Pro Max in sixth, iPhone 8 in seventh and the iPhone 11 Pro in ninth place. The Redmi Note 7 claimed the eighth spot worldwide while Samsung rounded out the top ten with the Galaxy J2 Core, according to Omdia.

Counterpoint differed slightly, putting the A50 in third place followed by the A10. The Oppo A5 came in fifth on the Counterpoint list, followed by the iPhone 8 in sixth and Galaxy A20 in seventh. Apple’s iPhone 11 Pro Max, iPhone 7 and iPhone XS Max rounded out the bottom three. 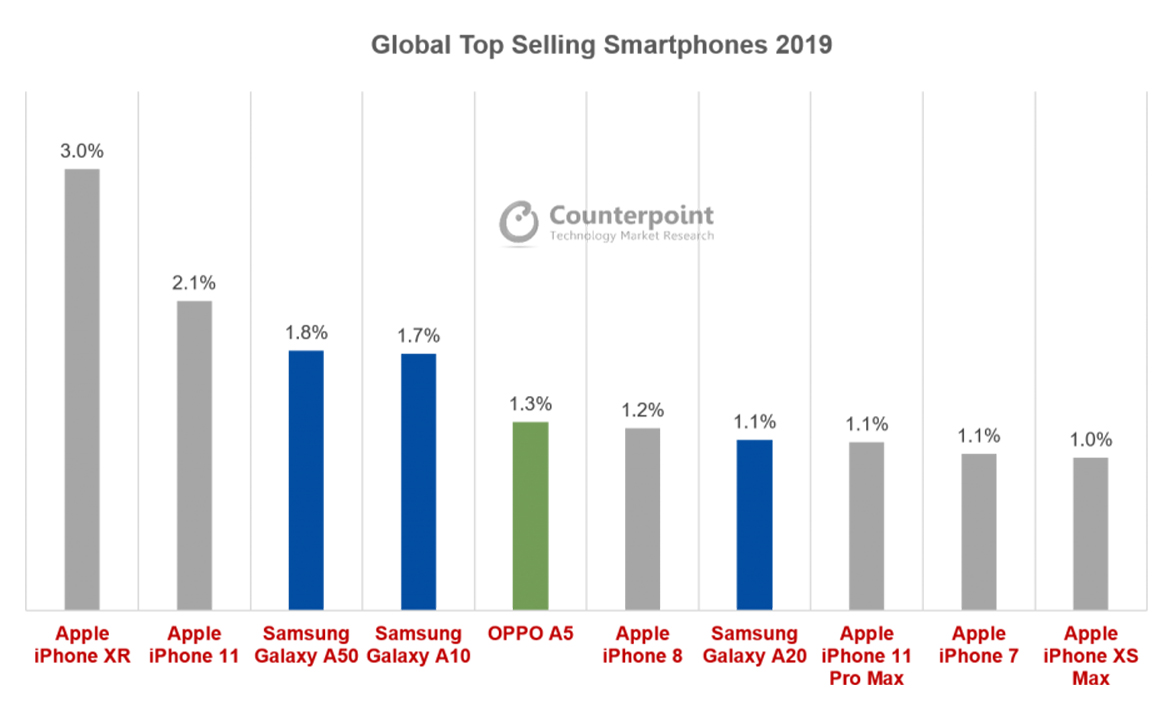 Despite the differences in specific models each company had in the top ten smartphones sold in 2019, the research points to similar conclusions. First, Apple and Samsung have dominated smartphone sales, but in vastly different ways. Apple, for the most part, captured sales of higher-end flagship devices, while Samsung’s more budget-friendly A-series phones did quite well in the mid-range market.

The other conclusion is that Huawei is really struggling. According to Counterpoint, the closest the Chinese phone-maker came to a top ten phone is the P30, which was the fifth best-selling phone in China behind handsets from Oppo and Vivo. However, Huawei did not break into the worldwide rankings despite being the second-best-selling smartphone maker in 2019, ahead of Apple and behind Samsung. 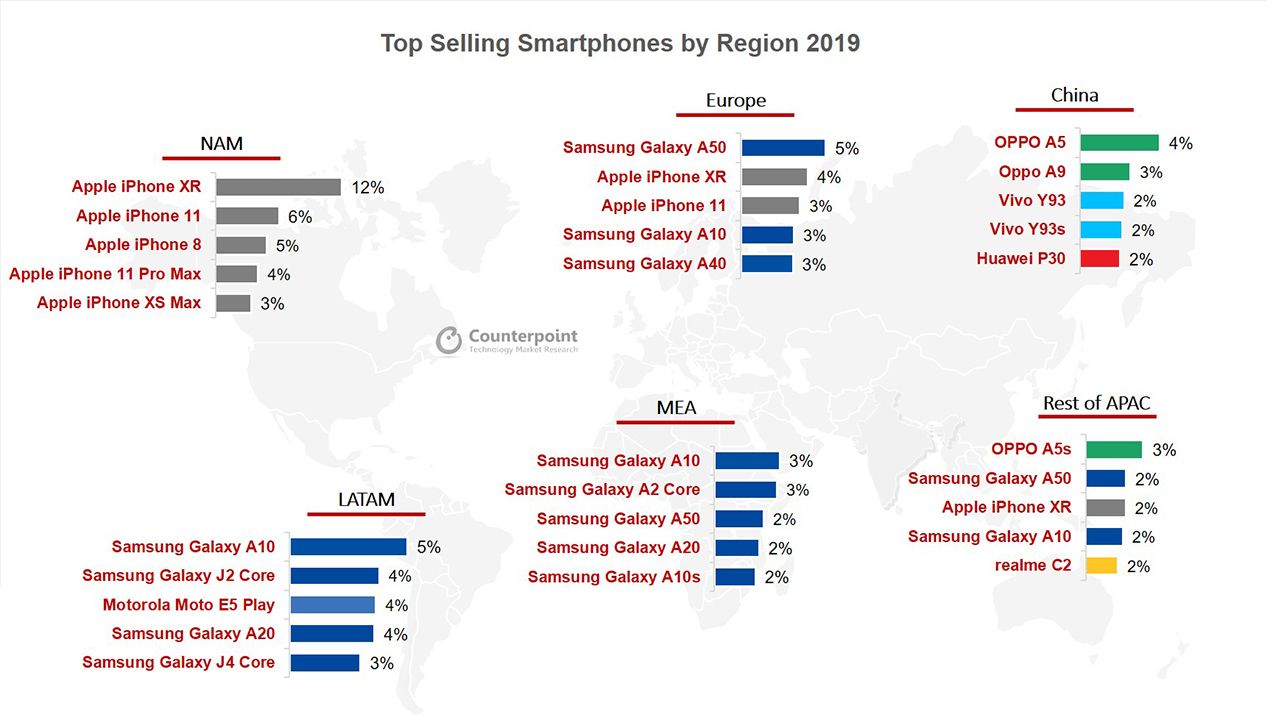 It’s also interesting to look at the regional breakdowns. Outside of China and North America, most regions are almost exclusively Samsung. Europe’s best selling device, for example, is the Galaxy A50, followed by the iPhone XR and 11, and rounded out with the Galaxy A10 and A40. In North America, the top five best selling phones, according to Counterpoint, are all iPhones. Models range from the iPhone XR and 11 to the iPhone 8.

Those interested can read through the finer details in both the Counterpoint and Omdia reports.

Source: Counterpoint, Omdia Via: The Verge