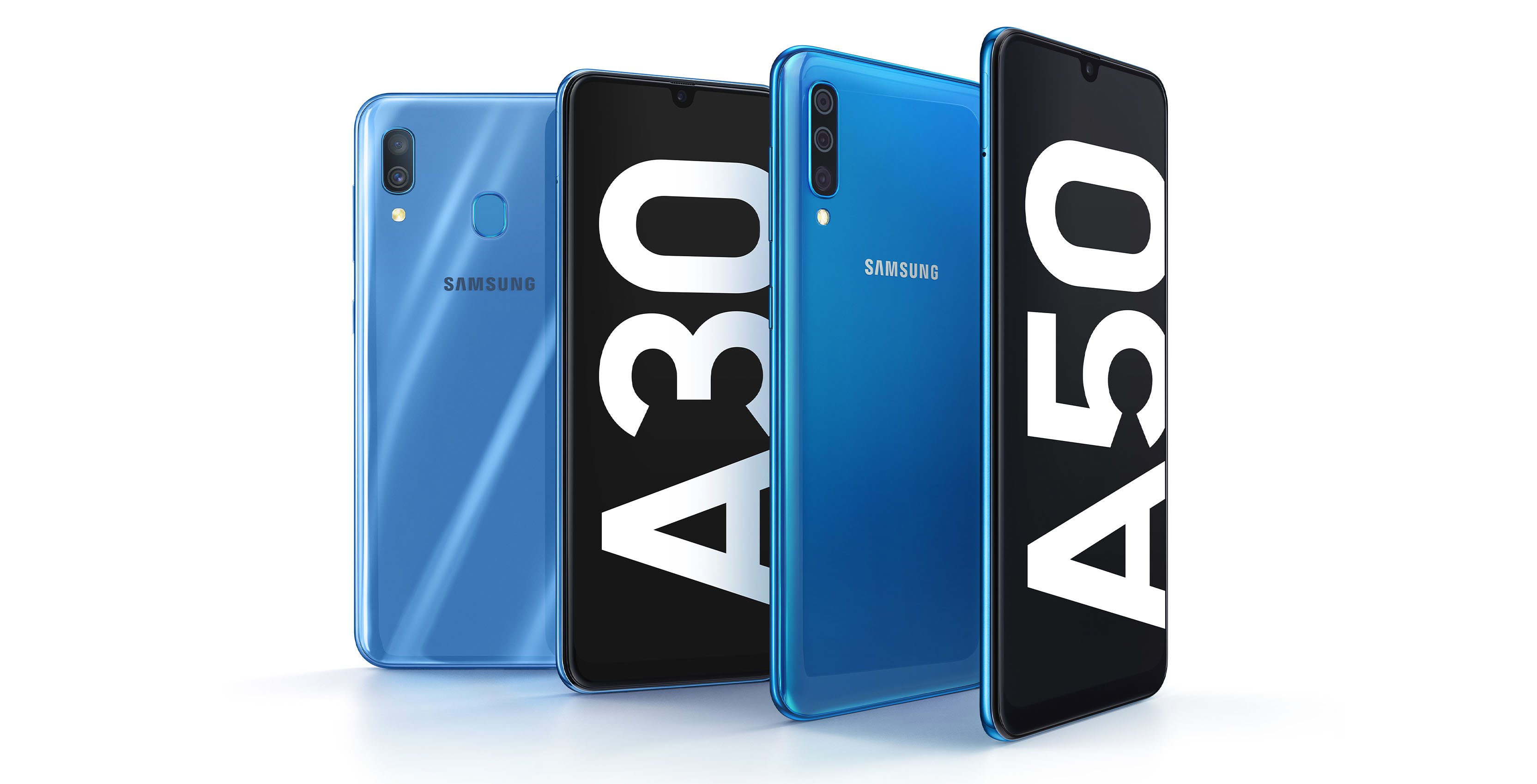 Samsung has revealed two new Galaxy A devices that hope to beef up the mid-tier of smartphones.

The more premium model, the Galaxy A50, has a triple camera setup on the back. Samsung says the cameras are designed to replicate human eyesight accurately.

The main camera is a 25-megapixel, f/1.7 shooter, flanked by a ‘Depth’ lens for Samsung’s ‘Live Focus’ feature as well as an ultra-wide lens for wider shots. Further, the camera has an ‘intelligent switch’ feature that will recommend when you should use the ultra-wide lens.

The A50 camera also has some AI elements, with a scene optimizer that recognizes different scenes and a flaw detector to help you get the perfect portrait shot.

Samsung also included an in-display fingerprint scanner in the A50, along with fast charging and Bixby.

The Galaxy A30, however, keeps the same massive battery and Infinity-U display but sacrifices the camera, processor and memory for a lower cost. On the back, the A30 has a 16-megapixel, f/1.7 main camera and a 5-megapixel ultra-wide lens. Up front is a fixed-focus 16-megapixel, f/2.0 selfie camera.

The processor has two 1.8GHz cores, and six 1.6GHz cores and the device features 3 or 4GB RAM configurations, 32 or 64GB of storage and can be expanded up to 512GB with a microSD card.

On top of this, the A30 eschews the in-display fingerprint scanner for a rear-mounted one instead.

A Samsung Canada spokesperson told MobileSyrup that the Galaxy A30 isn’t coming to Canada at this time, but the A50 will. Further, more details on retail availability for the A50 will come in the next few weeks.

Update 02/27/2019: Added updated information regarding Canadian availability for the phones.