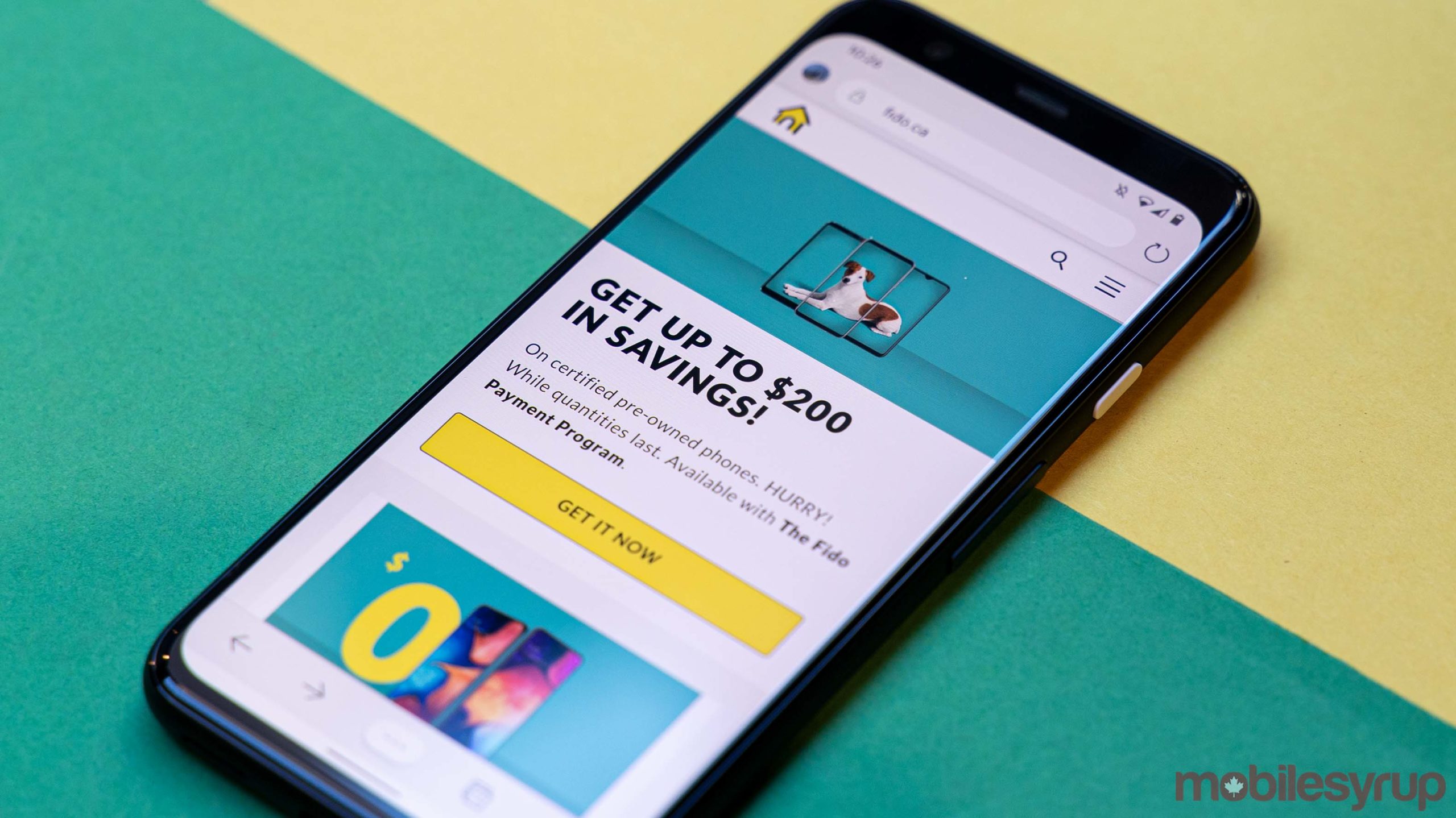 Fido is following after Rogers and moving exclusively to device financing.

Starting February 5th, 2020, Fido will longer offer subsidized phone options. Instead, the carrier features the new ‘Fido Payment Program,’ which allows customers to purchase a device and pay the cost over 24 equal monthly payments with 0 percent APR. The change is live on Fido’s website.

Fido provided the following statement to MobileSyrup regarding the change:

“Consumers from around the world have enjoyed the benefits of device financing for some time and we’re really pleased to bring this affordable and transparent option to Fido customers. Financing is a clear, simple and fair way for our customers to get the devices they want for as low as $0 down and no interest, and builds on many of the other initiatives Fido has introduced to deliver the best experience for customers including Data Overage Protection, weekly Fido XTRA perks and Five Extra Hours of Data per month.”

It’s worth noting that Fido’s device financing works differently from Rogers’ Edge Financing program. Unlike Rogers, which puts the entire cost of the phone onto financing, Fido limits the amount customers can finance in most cases. As per previous MobileSyrup reporting, we learned that Fido would cap the device financing amount at $800.

Devices that cost more than that will come with an upfront cost as well. For example, a $1,000 smartphone would cost $200 upfront and customers would pay about $33.33 per month, which comes out to just a few cents shy of $800.

While not always the case, the $800 cap appears to hold true for most devices

At the time, the information was based on internal documents. However, now that the device financing change is live, we can see that the $800 cap holds true in most cases. The iPhone 11, for example, is $205 upfront with a $33.33 monthly financing fee. Fido says the device’s full price is $1,005, which works out with the financing and upfront cost. It’s worth noting, however, that buying the iPhone 11 direct from Apple costs $979, so financing the phone does cost a little more in the long run.

Likewise, customers can get the Samsung Galaxy S10 for $280 upfront plus $33.32 per month financing. It actually works out to be cheaper than Fido’s listed price for the S10 outright when you factor in the carrier’s bill credits and other discounts.

Of course, the $800 cap doesn’t seem to apply to every phone. Some more expensive devices, such as the iPhone 11 Pro Max, have more expensive monthly financing amounts. It ultimately comes down to which device you want to get.

Additionally, when you pick a phone, customers can choose between getting it through device financing or buying it outright directly from the carrier. We don’t recommend buying phones outright from carriers since it’s usually more expensive than purchasing directly from the manufacturer, but in some cases, it can be worthwhile. As always, do your research and compare pricing the make sure you get the best deal.

Is financing better than subsidized plans?

It’s a hard comparison the make, especially since Fido no longer shows the subsidy pricing, but generally yes. In terms of cost, over a two year period with the same plan tier as a subsidized plan, customers will ultimately pay about the same with device financing. The main benefits, however, come in terms of plan flexibility. For example, Fido now lets customers pair high-end phones like the iPhone 11 or Galaxy S10 with low-end plans.

While there are some limitations still, it’s generally much better in terms of choice than before. Plan options range from $45 per month for 1GB to $75 for 10GB. Every plan includes unlimited Canada-wide calling, unlimited text, picture and video messaging, Data Overage Protection, voicemail and access to Fido Pulse, Fido Xtra and Fido Roam.

However, with subsidies, customers were often limited to the 10GB plan variant and prices changed based on the phone users wanted to get.

It’s not clear if others plan to change to device financing anytime soon.

You can learn more about Fido’s device financing on the company’s website.