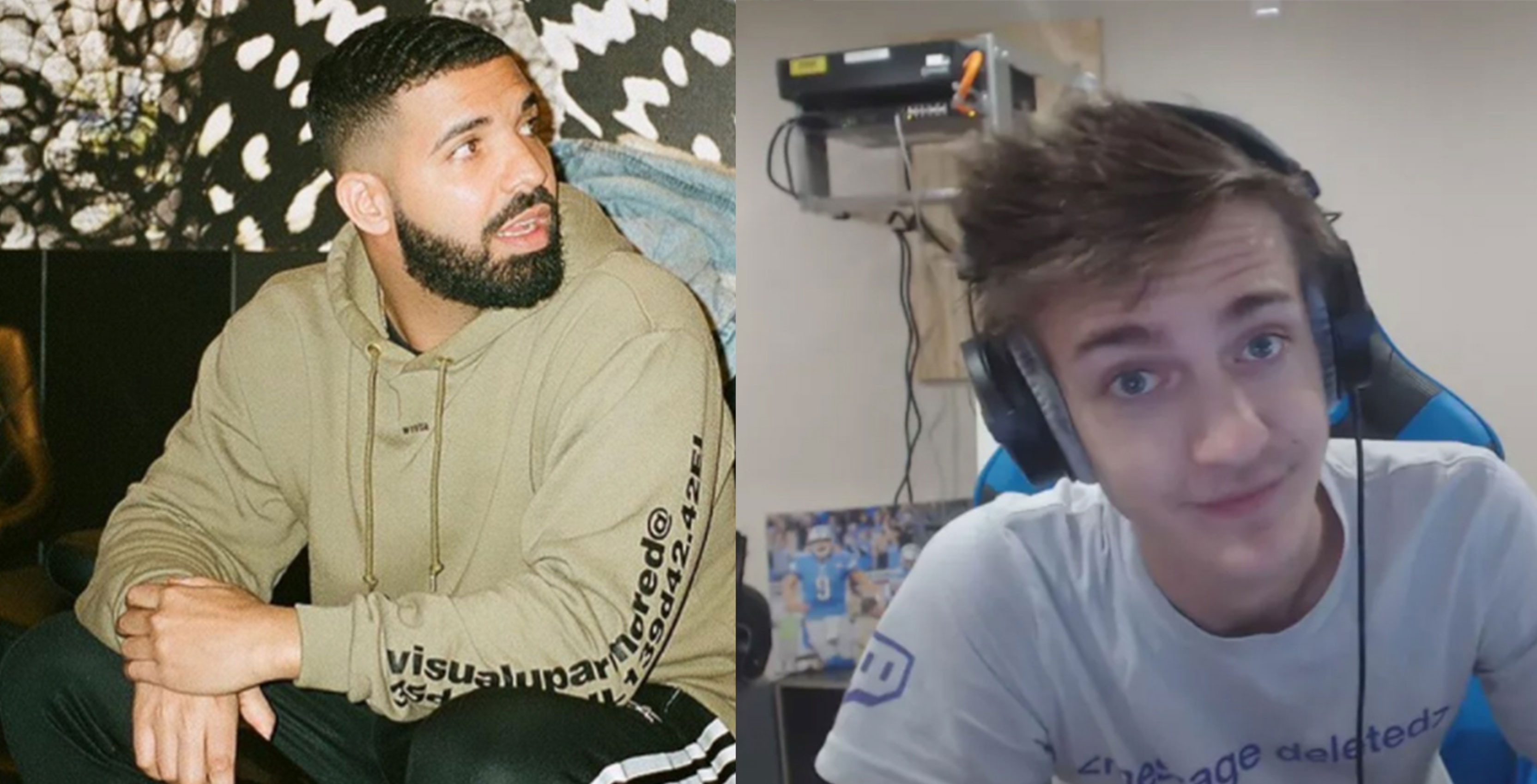 At one point the stream had more than 230,000 active viewers, marking the second time the pair have played the battle royale shooter. Last month Belvins played Fortnite with NFL Player Juju Smith Schuster and rapper Travis Scott, resulting in the most watched Twitch stream of all time.

@Drake is taking what I’m pretty sure are massive hits from a bong while on @Ninja’s Fornite stream. What a time to be alive. pic.twitter.com/YVHpCpnDRh

Drake plays Fortnite on the PlayStation 4 with the handle ‘TheBoyDuddus.’ He became friends with Ninja after watching him play the game on twitch and viewing his various gameplay highlights on Instagram and YouTube. During last night’s stream, Drake mentioned that he could encounter latency issues given he’s playing from a recording studio in London on a European server.

The pair reportedly won at least one duo match and then played a final game before Drake had “to go to work.” The rapper then pledged to donate $5,000 to Ninja if they managed to win the final game — of course, they won, with Ninja securing an impressive 16 kills.

Over the course of the stream and amongst chatter between Belvins and Drake, the noise of what many assumed was a ‘water bong’ was heard in the background, sparking a debate surrounding whether the Canadian rapper was indeed hitting a bong while playing Fornite like on Twitch, or perhaps smoking from a hookah.

Towards the latter half of the stream, Belvins was also listening to Drake’s God’s Plan in the background.

Towards the end of March, Belvins apologized for using a racial expletive during a stream, stating that it’s his responsibility to ensure his stream is inclusive for everyone in a lengthy apology posted on Twitter.

Shortly after Fortnite’s release on mobile devices the game quickly shot to the top of the iOS App Store, earning $15 million USD in its first month.