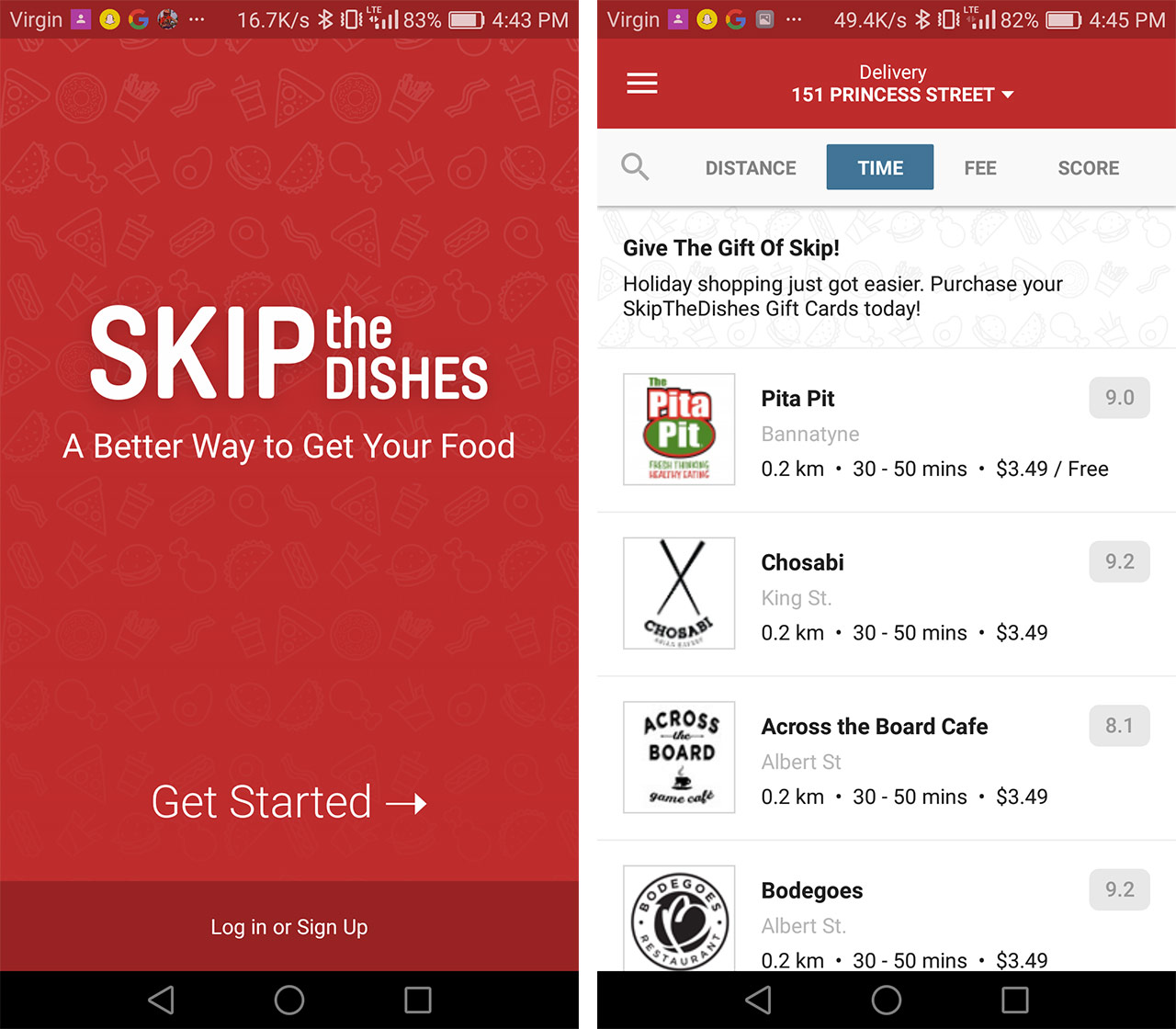 Online food delivery app SkipTheDishes — which was founded in Saskatoon and headquartered in Winnipeg — has been acquired by UK-based competitor Just Eat for $110 million CAD.

Just Eat said in a statement that, with expected revenue of $23.5 million for the current year ending December 2016, SkipTheDishes is one of Canada’s largest online food delivery marketplaces. It currently has selection of more than 2,900, 350,000 active customers, and orders for the 10 months to October 2016 of 1.6 million. The company was founded in 2012 and since then, has expanded to 20 cities.

Just Eat said that the acquisition is part of its strategy to become a market leader in Canada. The company declined to comment on whether the SkipTheDishes team would join Just Eat.

“This is a hugely exciting day for SkipTheDishes. Through the hard work of our fantastic team, we have enjoyed substantial growth since we started our company four years ago,” said Joshua Simair, CEO and co-founder of SkipTheDishes. “By joining forces with Just Eat, we are bringing together two business models which will leave the combined business well-positioned to address the Canadian online food delivery market’s unique characteristics and unlock its considerable unrealized potential.”

“This deal enables us to go after the significant unrealized market potential here, while benefiting consumers, local restaurants and the local economy,” said Simair. “The advanced technology we’ve created addresses Canada’s need for food delivery in our low population density urban and suburban areas, which are widespread.”