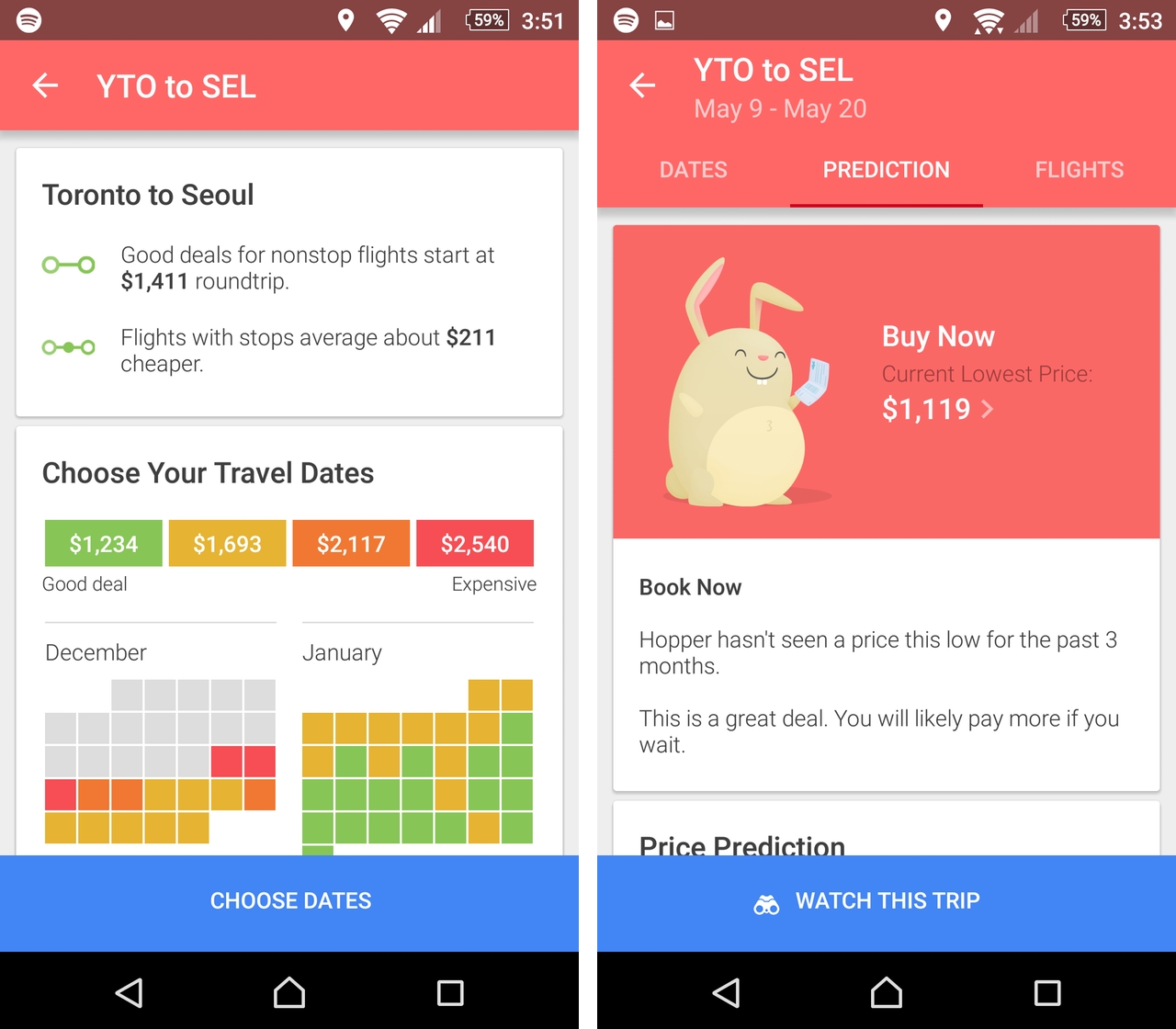 Montreal-based Hopper, a mobile app that analyzes and predicts airfare, has secured an $82 million CAD Series C round of funding.

The Series C was led Caisse de dépôt et placement du Québec. Existing investors Brightspark Ventures, Accomplice, OMERS Ventures, Investissement Québec, and BDC Capital IT Venture Fund also participated in the round. The round includes new funding, as well as a convertible note that was announced earlier in the year.

“Hopper stands out through its innovation capability by using highly sophisticated technologies to predict customer demand and buying behaviour,” said Christian Dubé, executive vice president at Québec at Caisse de dépôt et placement du Québec. “This financing is intended to crystallize the company’s current lead in the market by enabling it to accelerate the pace of its development and global expansion.”

Hopper’s app forecasts future flight prices and lets users know if they should book now or wait based on current and historical yield trends and pricing volatility. The company plans to use the funding to scale from 40 employees to more than 120 employees in Montreal and Cambridge by the end of 2017.

“Hopper is sending over 20 million push notifications a month and 90 percent of Hopper’s sales come directly from push notifications,” said Frederic Lalonde, CEO and co-founder of Hopper. “Mobile commerce has reached the tipping point globally. We have growth initiatives slated for Q1 2017 in over 20 countries in Latin America, Europe and Asia.”

Hopper is also celebrating significant milestones for its app; in the past year, the app has scale from one million downloads to more than 10 million downloads, and users have collectively used the app to track 18 million individual trips.

To date, Hopper has raised $104 million.