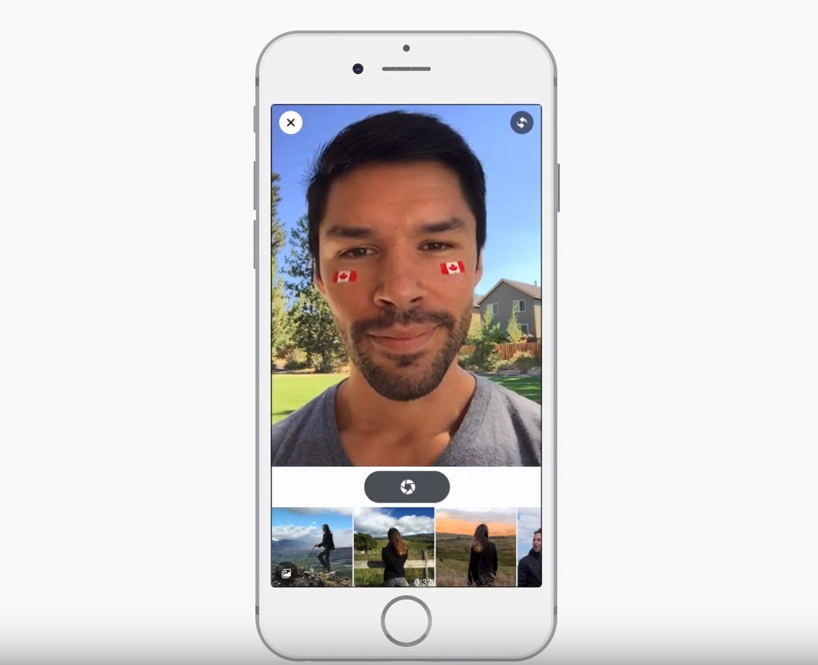 A few weeks back we wrote that Facebook planned to incorporate the IP of Masquerade into its live video streams. Based upon today’s announcement, it looks like the company may now be using that IP in a new consumer product.

Start today Facebook will begin testing filters and stickers in Canada and Brazil. At first they will only be available during large live events, in this case the 2016 Summer Olympics in Rio De Janeiro, Brazil. During the Olympics, Canadians will be able to show their pride by placing stickers on their face when in selfie mode, or adding filters to their videos. It’s possible that the IP used to make this happen is from the Masquerade acquisition that took place in March of 2016.

Facebook says that testing will begin today with a  wider rollout happing in the coming days as the Olympics gear up. They also stated that the in-app camera feature will show at the top of your news feed and be only available during select events at first.

Let us know if you’re seeing the filter camera yet in the comments below.