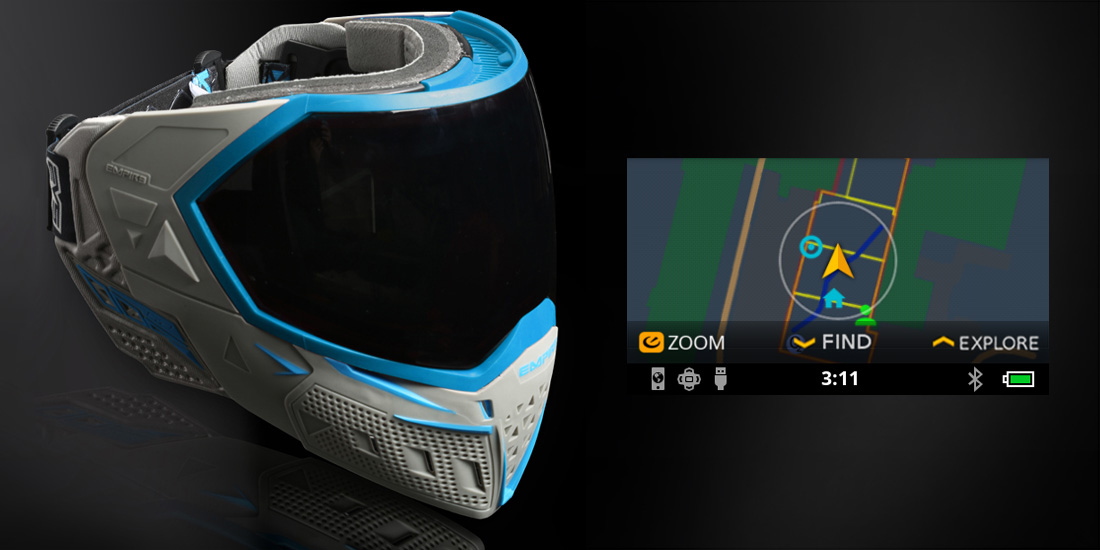 Vancouver’s Recon Instruments, which was acquired by Intel last year, announced today that it has worked with Empire Paintball to release a smart paintball mask.

Based on Recon’s existing Snow2 heads-up display (HUD), which was originally released in late 2013, the Empire EVS mask has an integrated LCD display positioned below the wearer’s right eye, with software developed in conjunction with Empire, to show ammunition count, location on a map, and teammate whereabouts and health. In other words, the mask creates a first-person shooter-like environment for each player.

Because the Snow2 is based on Recon’s existing Android-based platform, which features smartphone-like internals like a dual-core processor, GPU, WiFi, Bluetooth and GPS, it was able to work with Empire to develop specialized software for paintballers. The mask itself is reportedly state of the art as well, featuring “a state-of-the-art, ASTM-approved mask design [with a] dual-pane lens system, which is both scratch-resistant and anti-reflective. The mask’s flexible, co-injection molded lower skirt encourages ball bounces, and its thermo-formed ear cover enables both maximum comfort and excellent hearing.”

While I’ve only competed a handful of times in the paintball arena, I’m going to go out on a limb and say wearing the Empire EVS would be a lot of fun.

Recon isn’t saying when the mask will be available, nor what it will cost, but William Parry, a representative for the company, said that this is just the beginning of a much larger product roadmap. The company’s most recent product, the Jet smart eyeglasses, recently dropped in price to $499 USD, or $660 CAD.