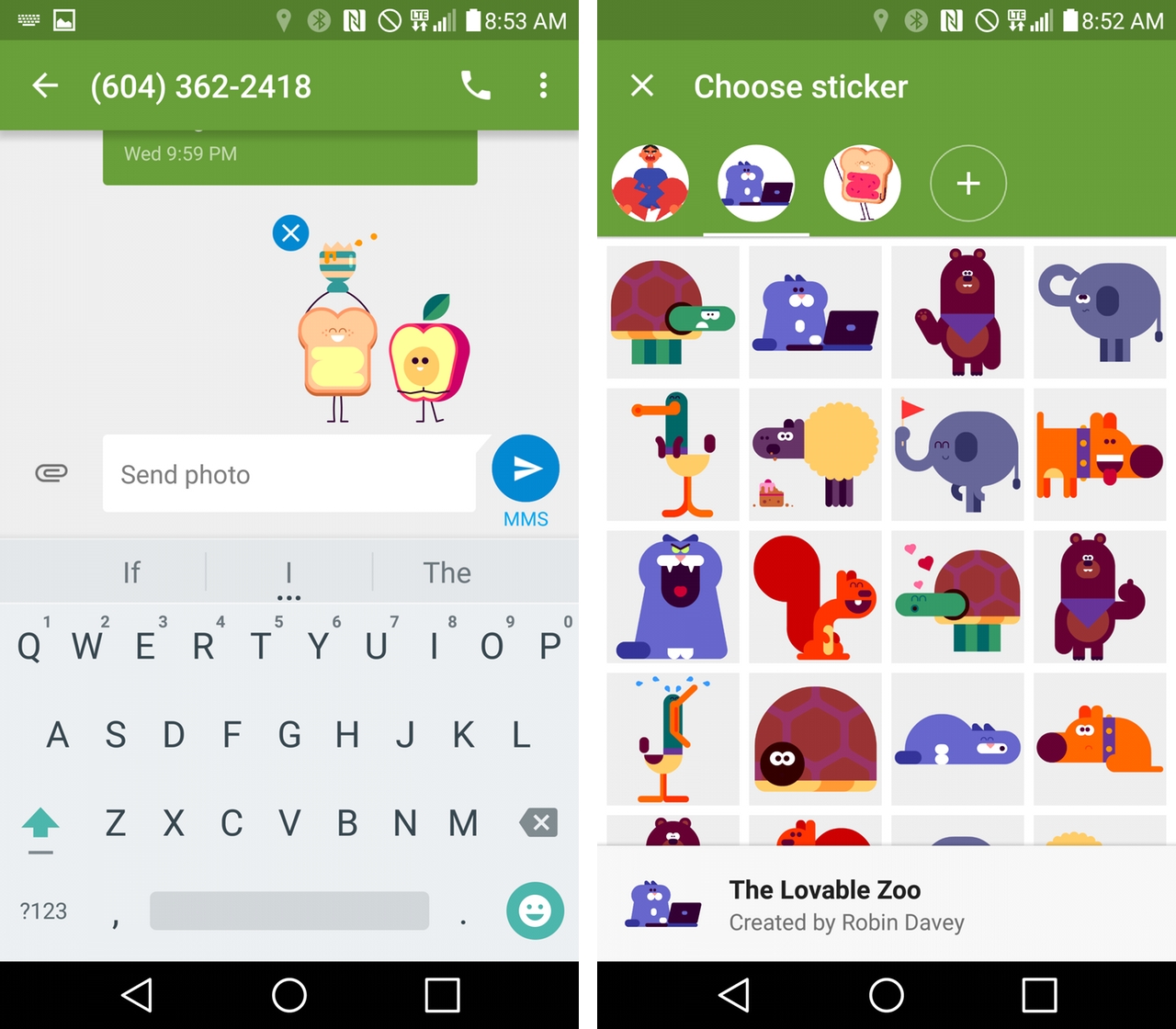 When Android Lollipop was released, the update brought a new, modern design to the default SMS messaging app, dubbed Google Messenger. Google let users send text messages in the Hangouts app, but many users were left confused or overwhelmed when confronted with merging conversations. Fortunately for them, Google has treated this new stock messaging app more like a traditional application, and that means giving it regular updates and improvements.

This week, Google is starting to roll out version 1.4 of Google Messenger, including some new features that bring it closer to an instant messaging client like Hangouts. In the update, texters will be able to share and receive locations right in the app. You will also be able to download sticker packs to send to your contacts. Finally, when you scroll quickly through a given message thread, a scroll bar will appear so you can quickly scrub through your messages. Frankly, this seems like a huge improvement over slowly flicking through pages of texts.

If you’re somebody who has opted to keep Hangouts and SMS messages separate on Android, go and get the app now. The experience in Google Messenger is getting closer and closer to what you can expect on Hangouts anyhow.