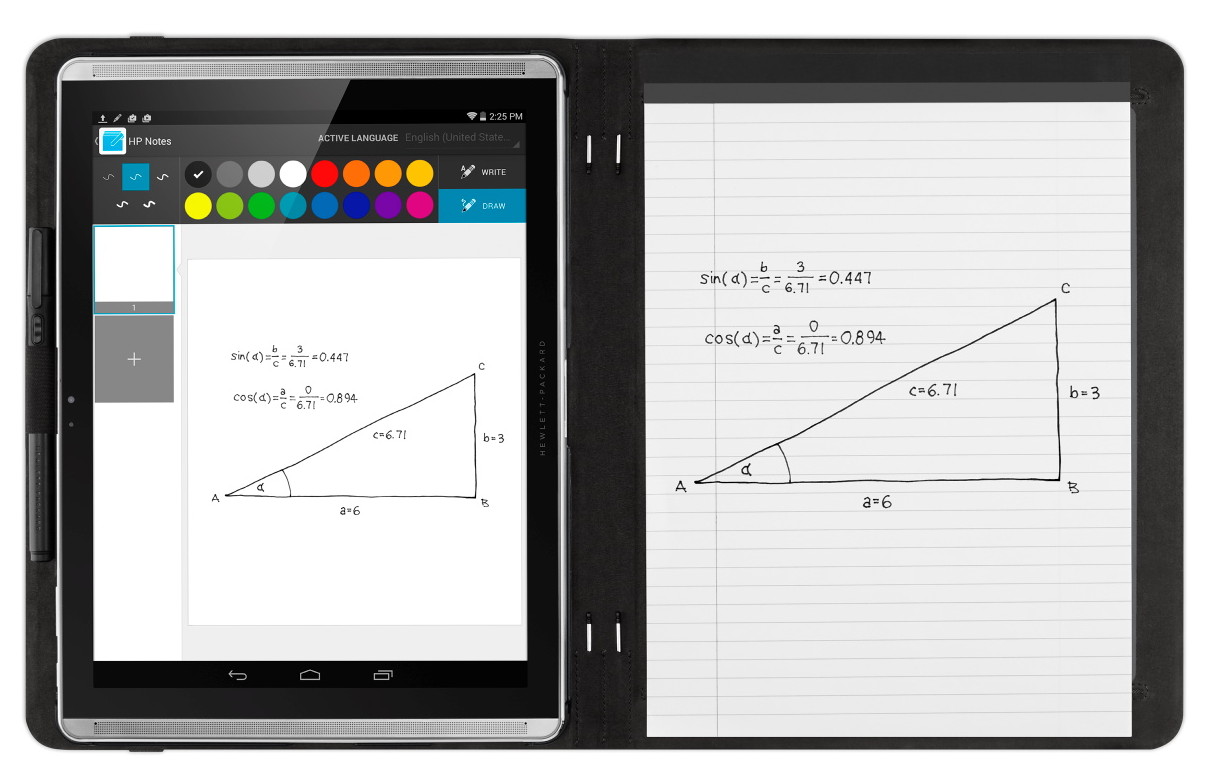 HP didn’t have a big presence at CES this year, but it seems that wasn’t for lack of new gear. The company today announced no fewer than eight new mobile devices that it hopes will further its ‘business first’ approach to mobility. The most interesting of the bunch are the HP Pro Slate 8 and Pro Slate 12, which are powered by Android and both work in tandem with HP’s new Duet Pen stylus.

The HP Pro Slate 12 is positively huge, with a 1600 x 1200 resolution display (yep, 4:3) that measures in at 12.3 inches diagonally. It’s based on Qualcomm’s 2.3GHz Snapdragon 800 along with 2GB of RAM, and 32GB of internal storage. It’s also got an 8MP camera in the back, a 2MP camera up front, DTS Sound, support for MicroSD, a Nano SIM slot, and beefed up security in the form of ARM TrustZone, TrustZone-based Key Store, 256-bit hardware acceleration, Secure Book, VPN encryption, and more. The whole thing runs on Android 4.4 KitKat, though hopefully will be updated to Lollipop at some point (HP didn’t mention anything about it in the announcement).

The HP Pro Slate 8 offers something similar, but in a much more manageable, smaller package. It’s powered by the same Snapdragon 800 CPU and 2GB of RAM, but cuts the storage down to just 16GB. It has a 7.9-inch 2048 x 1536 resolution display. It has the same security management features as its bigger brother and also features support for MicroSD but only up to 32GB (you’ll need it with just 16GB of storage), and a Nano SIM, with Android 4.4 on deck. 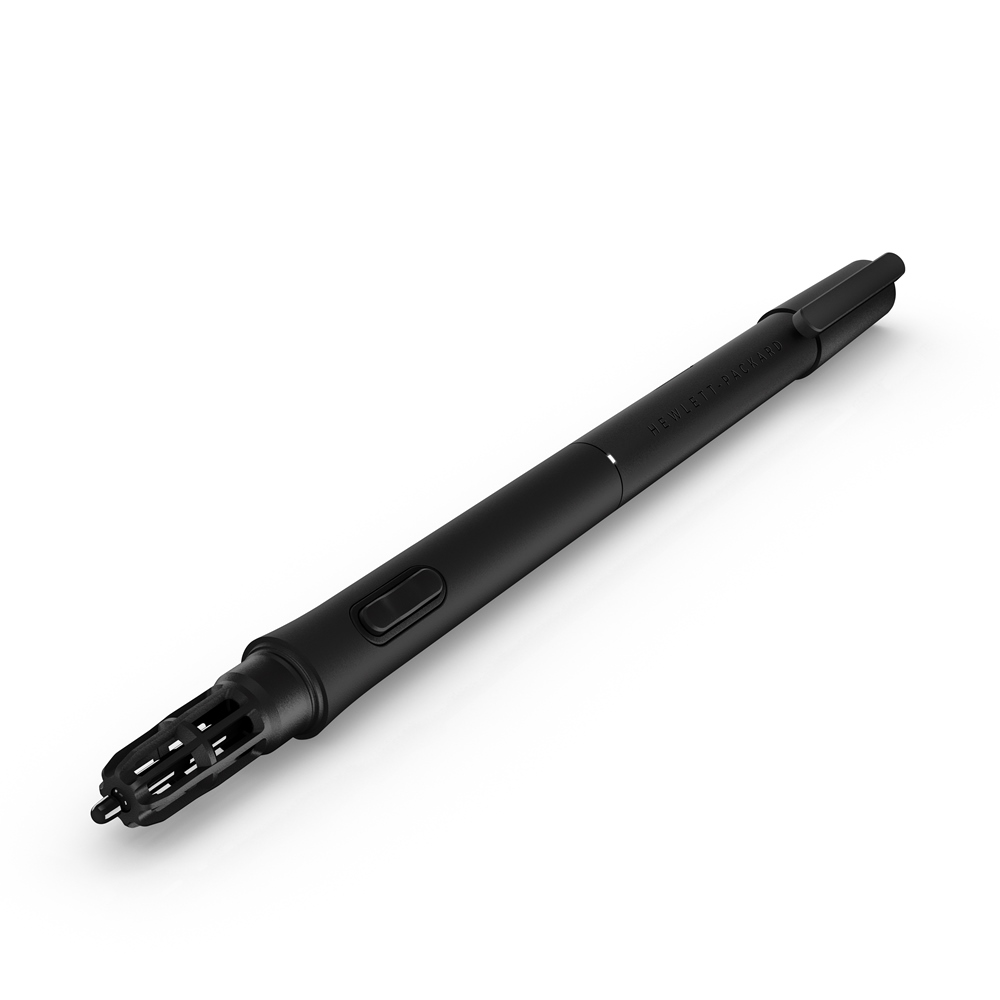 The really interesting thing about these devices is that they both support the new Duet Pen, which is the first to incorporate Qualcomm’s Snapdragon digital pen technology, allowing the user to create digital notes on the device or pen and paper.

HP is launching both tablets this week. They’ll be priced at $449 (Pro Slate 8) and $569 (Pro Slate 12). No word on whether the Duet Pen is included in that price, but we’re guessing no, since it’s not actually incorporated into the device (there’s no integrated stylus or pen holster). 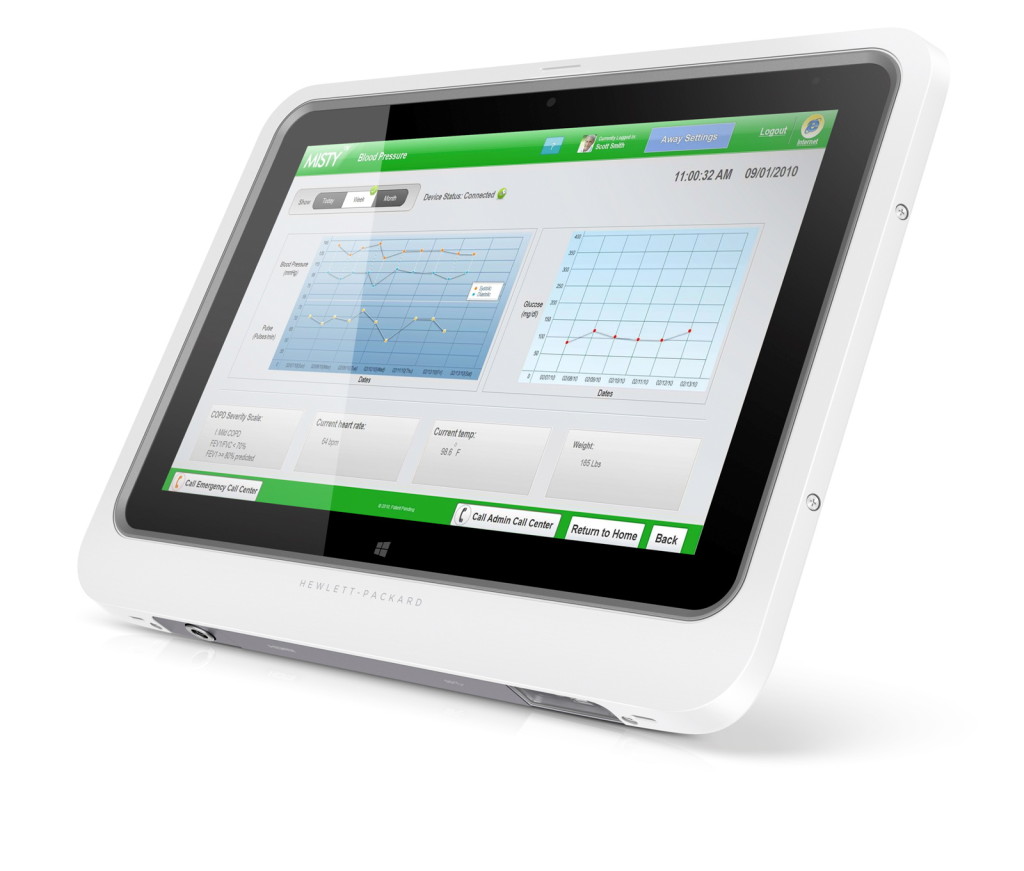 Android tablets aside, HP also introduced half a dozen Windows devices aimed at different verticals within the enterprise space. The HP ElitePad 1000 G2 Healthcare is designed to improve the productivity of caregivers and has an antimicrobial treatment for easy cleaning. It’s also equipped with a 2D barcode reader for accuracy in validation of personnel as well as medication administration. Then there’s the ElitePad 1000 G2 Rugged Tablet, which seems to be the same device but this time aimed squarely at mobile workers in manufacturing or field-work. It’s IP65 rated and has a 20 hour battery life. 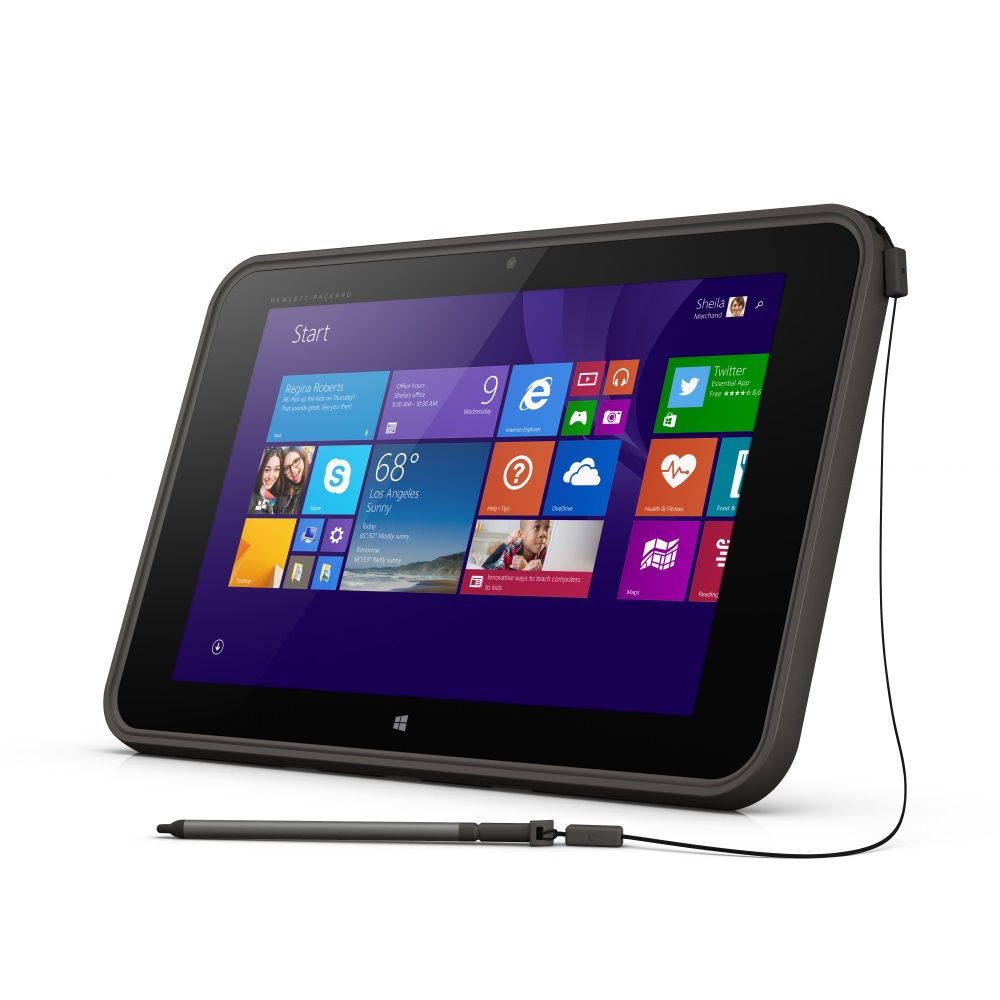 The HP Pro Tablet 10 EE (available with either Windows or Android) is for students. It has the option of a stylus, a keyboard, and is IP52 rated to protect against dust and moisture.

The Elite x2 1011 G1, on the other hand, is a bit more grownup. HP is pushing style and versatility with this machine, which features an 11.6-inch display, Windows 8 and the ability to morph from tablet to ultrabook (provided you pony up for the right accessories). It’s being marketed as a lightweight travel companion. 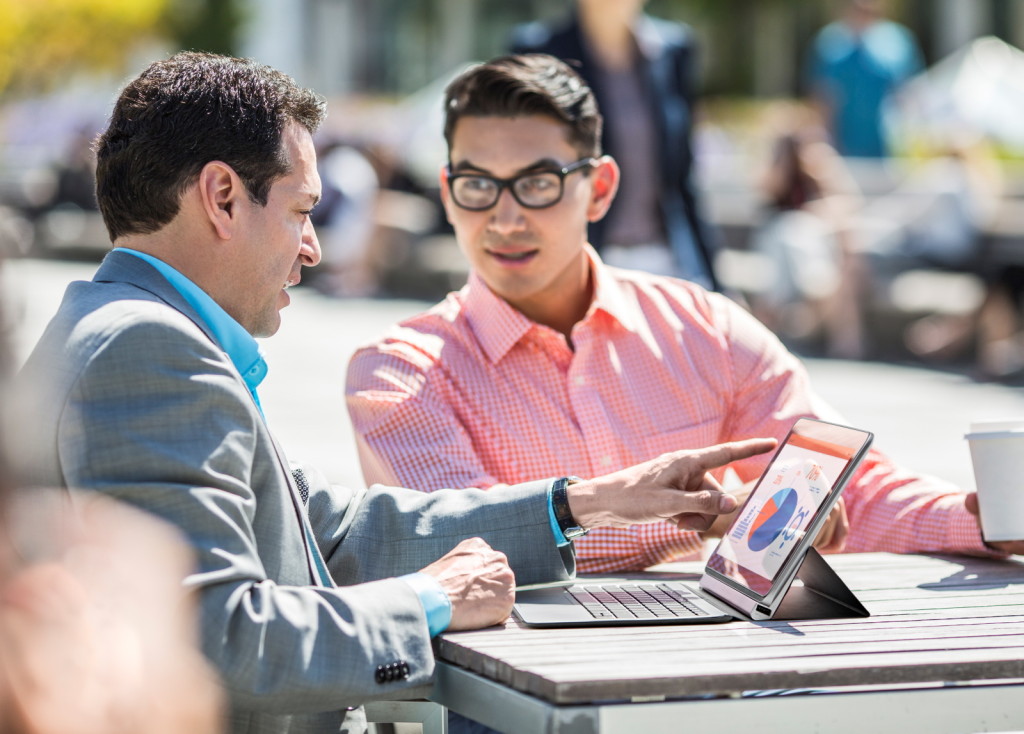 The HP Pro Tablet 408 G1 rounds out the category and is an Atom-based tablet with a full version of Windows 8 Pro, up to 64GB of storage, support for micro-HDMI, and a 9mm profile. This seems to be a more general product aimed at the average professional than a device that targets a specific industry.

Microsoft brings Word, Powerpoint and Excel for Android out of preview