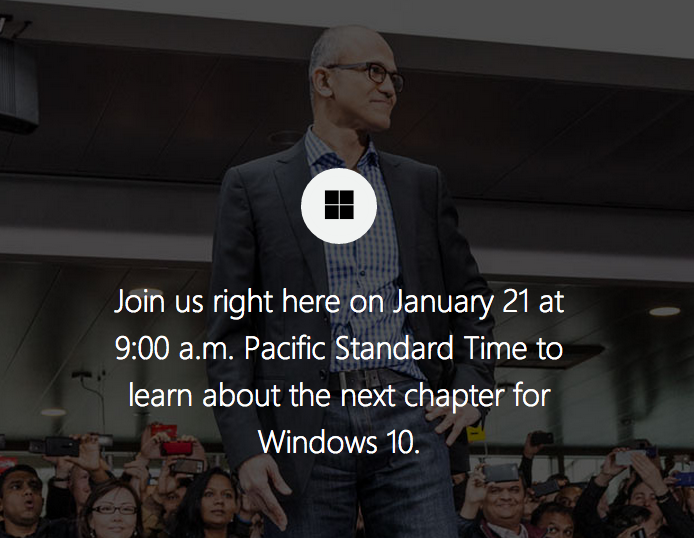 In September of last year, Microsoft introduced us to Windows 10, its latest (and under development) desktop operating system. The company didn’t talk much about mobile or smartphones during that event, but mobile will play a massive role in Microsoft’s Windows strategy going forward, and that will be reflected in tomorrow’s event.

This is a common theme, and one that we saw over and over again at CES. Most of the product announcements weren’t about mobile at the forefront, but many of them relied on mobile technology in order to realise their full potential. The majority of the hot trends — connected home, connected cars, wearables, drones, and fitness — leveraged consumer interaction with their smartphone.

Similarly, while Windows 10 is a desktop operating system and tomorrow’s event will feature a lot of new information on Windows 10 for PC, Microsoft is also working to mesh mobile and desktop together for a more seamless transition when taking work on the go. To that end, the company is also expected to go into a lot more detail on the future of Windows on mobile (reports from early on Tuesday suggest that this will be the year the Windows Phone name is rolled into the general Windows branding).

One of the most exciting rumours regarding tomorrow’s event is that of new hardware. Specifically, a phone-laptop hybrid geared towards enterprise users. This will fit in with Microsoft’s plan to champion one app store for all platforms. The company hopes that the appeal of developing apps capable of running on mobile, tablet, and PC will be irresistible to developers. Though such a device would be fascinating, The Verge reports that this device will be more of a concept device to show what’s possible with Windows 10 and its unified ecosystem as opposed to a genuine product that will actually make it past the prototype stages.

That’s a shame, but it will give us an idea of how Microsoft manages to contain all of these different types of devices inside one ecosystem while still maintaining unique UIs for each platform. Back in September, Microsoft noted that Windows 10 wasn’t about the same UI across multiple screens but, “one product family, with a tailored experience for each device.”

Regardless of how much of tomorrow’s event is centred around the Windows experience on mobile, Windows 10 represents a shift in Microsoft’s mobile strategy. With its push for one big happy family of devices (and the subsequent rebranding of Windows Phone), the company is pushing its huge Windows userbase closer to its mobile experience. Closing the gap between PC and mobile might be attractive for developers but it also makes it a lot easier to turn desktop users into mobile users.

Microsoft will be live-streaming tomorrow’s event, so be sure to bookmark this page. You won’t want to miss out.