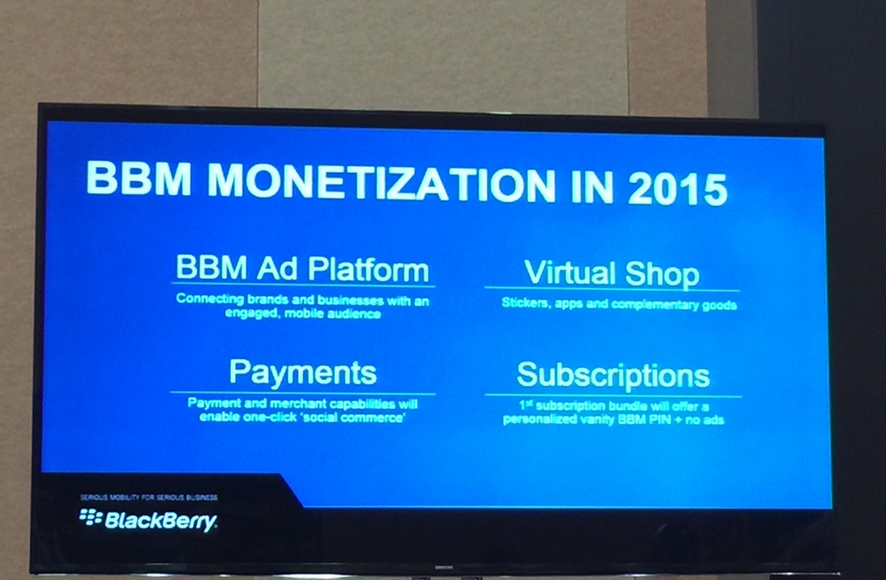 BlackBerry CEO John Chen took to the stage at CES 2015 to talk about the company’s plans for the next year. One of his major goals is still to monetize BBM. Last year, Chen said he hoped BBM would generate $100 million for the company’s 2014 fiscal year. That’s still the plan (the fiscal year ends in March, right around MWC), and Chen talked a little bit today about how the company plans to make money from its messaging service.

BlackBerry plans to continue to leverage BBM as an ad platform, connecting businesses and brands with BBM users. The company will also embrace payments, enabling social commerce through payment and merchant capabilities.

On the user end, we’ll see a bigger push in the BBM virtual store, with more sticker packs, apps, and free items to drive user engagement. Perhaps most interesting is that BlackBerry plans to introduce a subscription bundle that will offer a vanity BBM pin and no ads for a fee. No word on when this subscription will be available, but it will be sometime this year.