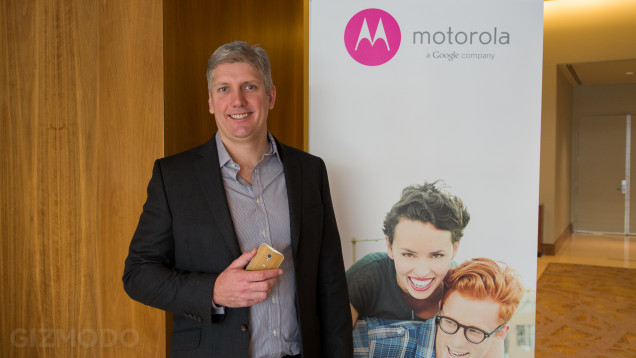 The man that introduced the Moto X to the world is now its President and COO. Rick Osterloh, former VP of Product, has taken over the highest role at Motorola during its transition period, after CEO Dennis Woodside stepped down following its acquisition by Lenovo.

If you recall, Motorola is in the midsts of being acquired by Lenovo, the Chinese OEM who will take over most of the company’s operations, leaving Google with the patent library (which Lenovo will lease) and the Advanced Technology and Projects group, which is responsible for Projects Ara and Tango.

Rick joined Motorola before leaving for Skype, returning when the VoIP client was sold to Microsoft. He was one of the key figures in bringing Motorola into the Android fold and partnering with Verizon to push the Droid brand back when Google’s OS has few supporters and lots of potential.

We recently heard that Motorola may be releasing a Moto X successor titled Moto X+1, though it seems a little early in the year to do so. At the same time, the Moto X may be on its way out at Rogers, taking its mid-range place at Fido. It’s now available there, along with MTS, while the low-cost Moto G recently launched at Videotron and WIND Mobile.