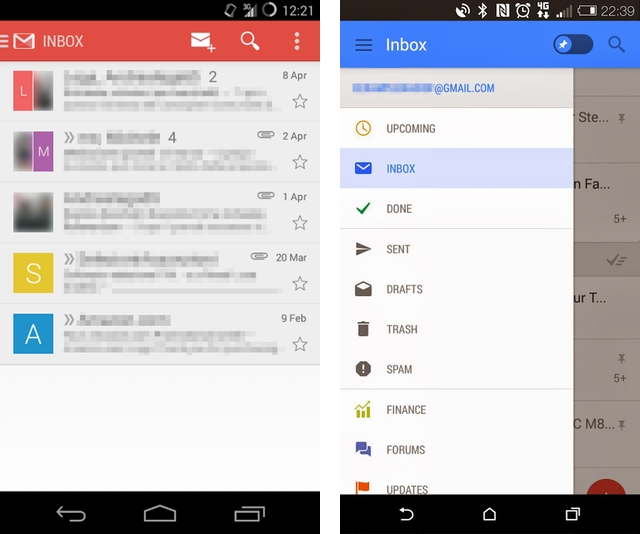 Google is reportedly working on a new look for its first-party Android apps in a quest to bridge the gap between web, Android and iOS.

Dubbed “Project Hera,” Google is using colour as a differentiator in this new set of apps, but unlike previous leaks which showed a huge divergence from the current style sheet, the new version of Gmail (above) looks to be a slight change from its current incarnation.

According to an anonymous Reddit tipster, the version on the left is the real deal, looking far more like the current version than the original screenshot leaked by Geek.com. The tipster acknowledges that it may be an early version of the product, but Google is certainly making big changes to its UI in an upcoming Android release.

So what is Project Hera? According to Android Police, who has a reliable source on the matter, “Hera appears to be a new layer in the Android OS that will manage, at least to start, many of your Google-related tasks and content. The point of Hera is to provide a way to quickly and easily access the things that matter to you across a range of devices. When we said it would bridge Chrome and Android, the point there is that Hera will be the universal interface whose purpose is to simplify and streamline the bridge from desktop, to Chromebook, to tablet, to phone.”

In other words, it’s meant to bridge the application gap between Android, Chrome and the web at large, siloing various processes into multitasking “Cards,” similar to the way Google Now conveys information.

Hera is confusing because right now it’s intangible, and there are details missing from the whole story. We’ll likely know more during the Google I/O keynote in June. 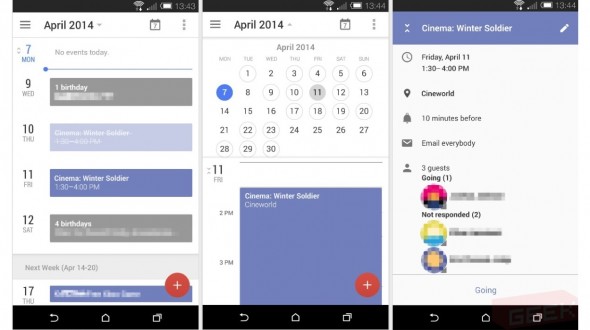 Update: As is wont to happen in this industry, just as we published, Geek.com released another set of leaks from Google’s new set of first-party apps, this one an updated Calendar. Similar to the leak on the right, Calendar now offers social integration and quick creation, and the internal name of the app appears to be Timely (no relation to the alarm app Google acquired).

Russell Holly of Geek.com says he doesn’t know if this is the new look across Google’s entire Android app ecosystem, or whether it will even stick before being updated through AOSP in a future Android version. But the above Gmail leak, combined with this new Calendar leak, makes it apparent that Google is trying to simplify, flatten and integrate extensive social features to its core app experience.