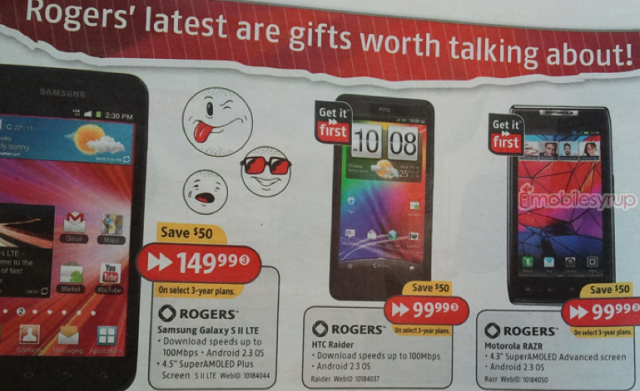 Rogers has released a bunch of new Android devices over the past week: the Samsung Galaxy SII LTE and the HTC Raider are both LTE-capable devices, plus the new Motorola RAZR – these are all desired and powerful handsets. Just yesterday Rogers gave the SGII its first $20 price drop, but it seems that there will be an even better price later this week. According to this upcoming Future Shop flyer it shows that the big box retailer will be cutting each of the Android smartphones by a respectable $50 each on a 3-year. Apparently these prices will go into place on Friday and last one week.