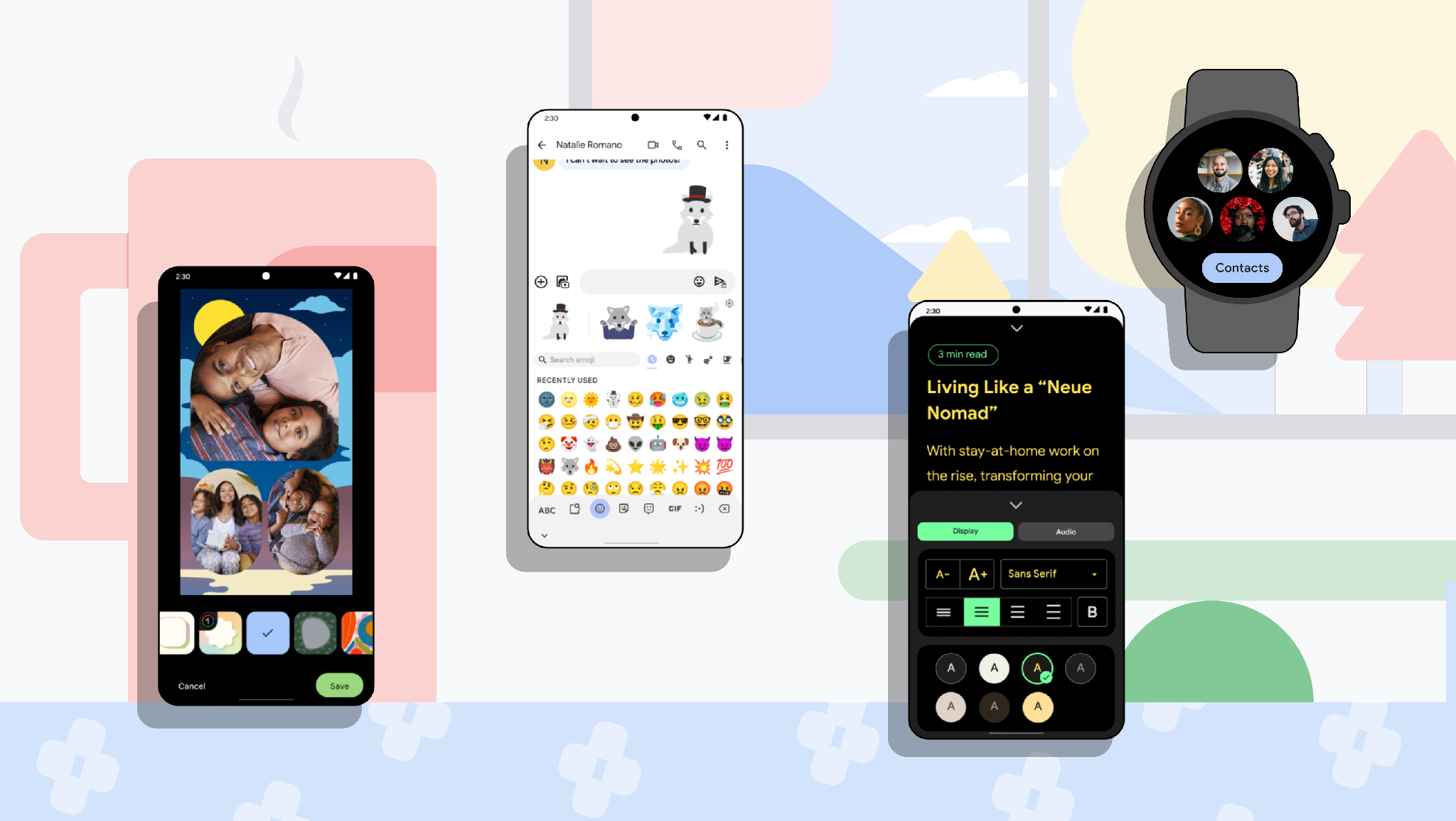 One of the new features is artist-designed styles in the Google Photos collage editor from Australian husband-and-wife visual duo Dabsmyla and renowned watercolour artist Yao Cheng.

Google is also making it easier for emoji mashups. The company calls this its ‘Seasonal emoji mashups’ for Emoji Kitchen, and they’re available as stickers via Gboard.

There’s now a new ‘Reading mode’ for Android that creates more accessible screen reading experiences, with a focus on customizable contrast, text size, text-to-speech, page clutter and font types. The feature is useful for people who are blind, have low vision, or are dyslexic.

The YouTube Search widget can help users find videos directly from their device’s home screen. Plus, there’s tap to watch in Google TV, which gives users the ability to cast content directly from the Google TV app to compatible TVs with a single tap.

Wear OS Tiles makes it easy for users to get in touch with their favourite contacts. There’s also an Adidas running integration with Google Assistant, which lets users quickly jump into more than 30 types of workouts using their phone by saying, “Hey Google, start a run with Adidas Running,” which will start tracking a workout, noting the speed, distance and heart rate via the built-in sensor on smartwatches. Further, Wear OS’ Google Keep update shows a visual enhancement to your notes, like photos, co-authors, and background colours.

Further, over the next week, Google can use Assistant to jump into more than 30 types of exercises.