Lanebreak, Peloton’s foray into gaming, is basic but a nice change of pace

It won't win over anyone to Peloton, but existing bike owners should have fun with it 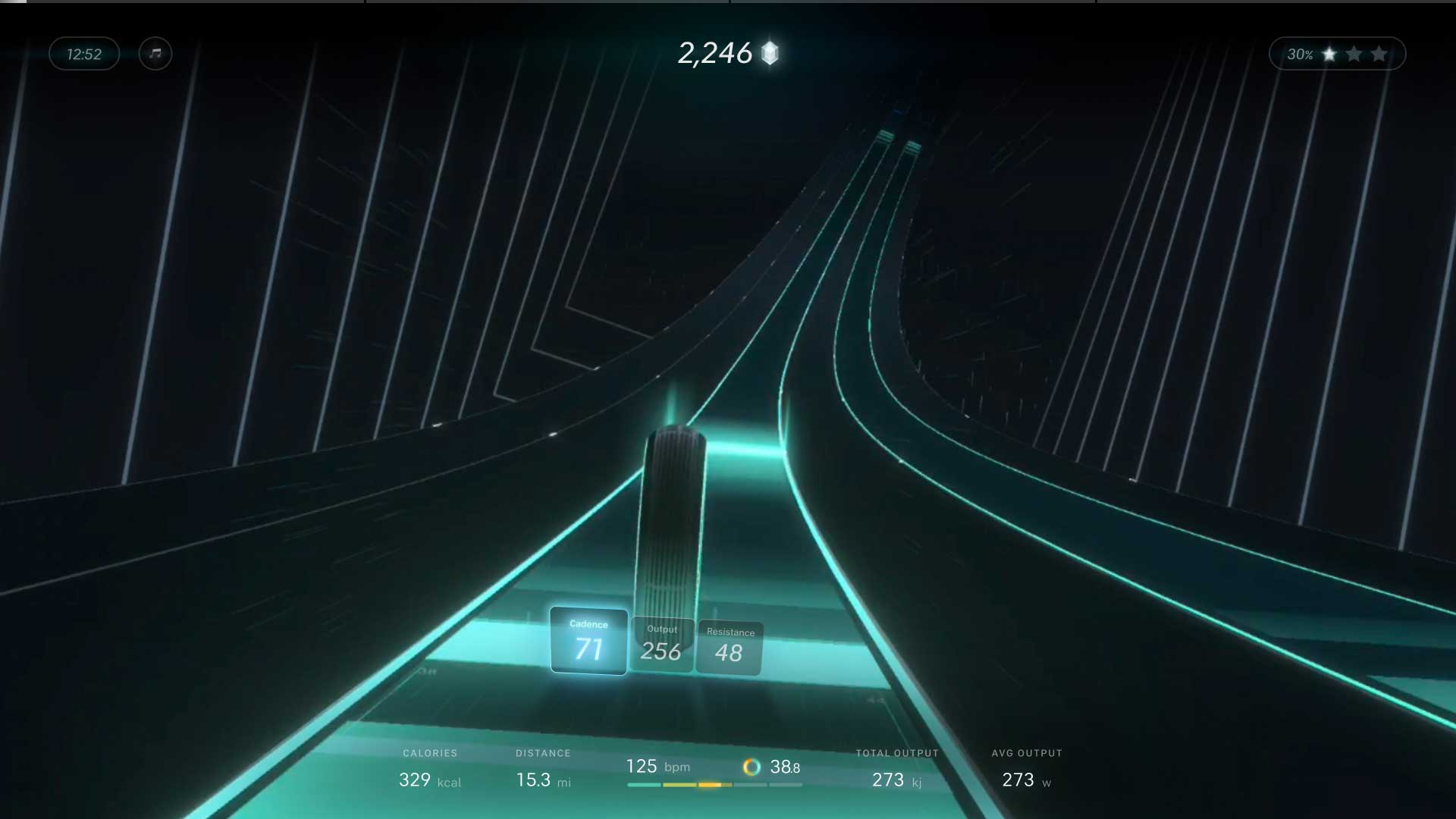 Amid declining sales and rumours of a buyout, Peloton is introducing its first-ever gaming offering: Lanebreak.

Accessible under the ‘More Rides’ tab, Lanebreak is a rhythm-based experience that has you matching and sustaining your cadence in accordance with the beat. After getting a chance to try out the Lanebreak in beta, I can say I dug the experience, although it’s nothing too exceptional.

How it works is there are three “lanes” that your wheel “avatar” is going through on-screen, and you change between them using the bike’s resistance knob. But before I go further, this is the biggest shortcoming of Lanebreak — having to take one hand off the handles to turn the knob, especially if you’re feeling tired later in the game, isn’t ideal. With regular classes, you’re really only shifting the resistance every once in a while, but you do it far more frequently here to control your wheel, which makes it more of an issue. To be fair, there doesn’t really seem to be any other logical way this could have been done, but it’s nonetheless a bit inelegant in practice.

Otherwise, I liked what I got from Lanebreak. The goal is to reach a high score by shifting between lanes and clearing various obstacles, like a patch where you cycle consistently at a certain speed. In this way, Lanebreak feels sort of like a more chill version of “high-intensity interval training” (HIIT). The faster you cycle and hit these targets in rapid succession, the higher your score. It’s a smart way to gamify cycling while removing the trainer aspect for a change of pace. 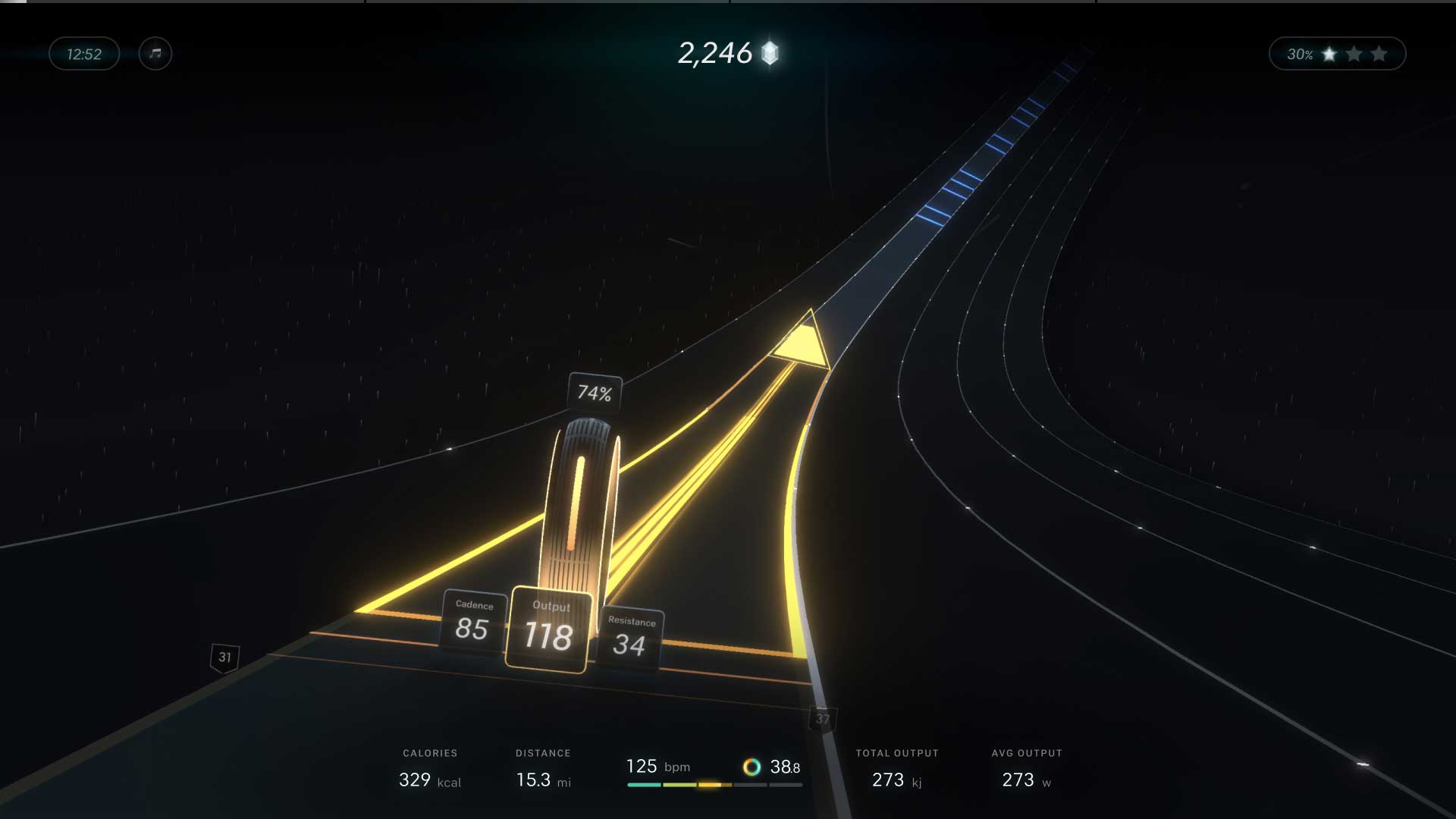 While it would have been nice to have more variety between levels than a generic Tron-lite aesthetic, the core cycling experience remains solid. (And, quite interestingly, it’s reportedly powered by Google Stadia as part of the company’s efforts to white label the streaming service).

Best of all, Lanebreak offers the same sort of robust personalization options that make the regular Peloton experience appealing. After a short tutorial, you can take on a slew of different levels sporting different kinds of music and lengths. These include the five-minute ‘Soft Rock Warm Up’ (Phil Collins), the 10-minute ‘Hip Hop Gold’ (Burna Boy, Megan Thee Stallion and Cardi B) and the 20-minute ‘Pop Essentials’ (Sia, Bruno Mars, Charlie XCX and more). Each level also has ‘Beginner,’ ‘Intermediate,’ ‘Advanced’ and ‘Expert’ difficulties for varying resistance ranges, which is a welcome way to give you freedom in your workout intensity. 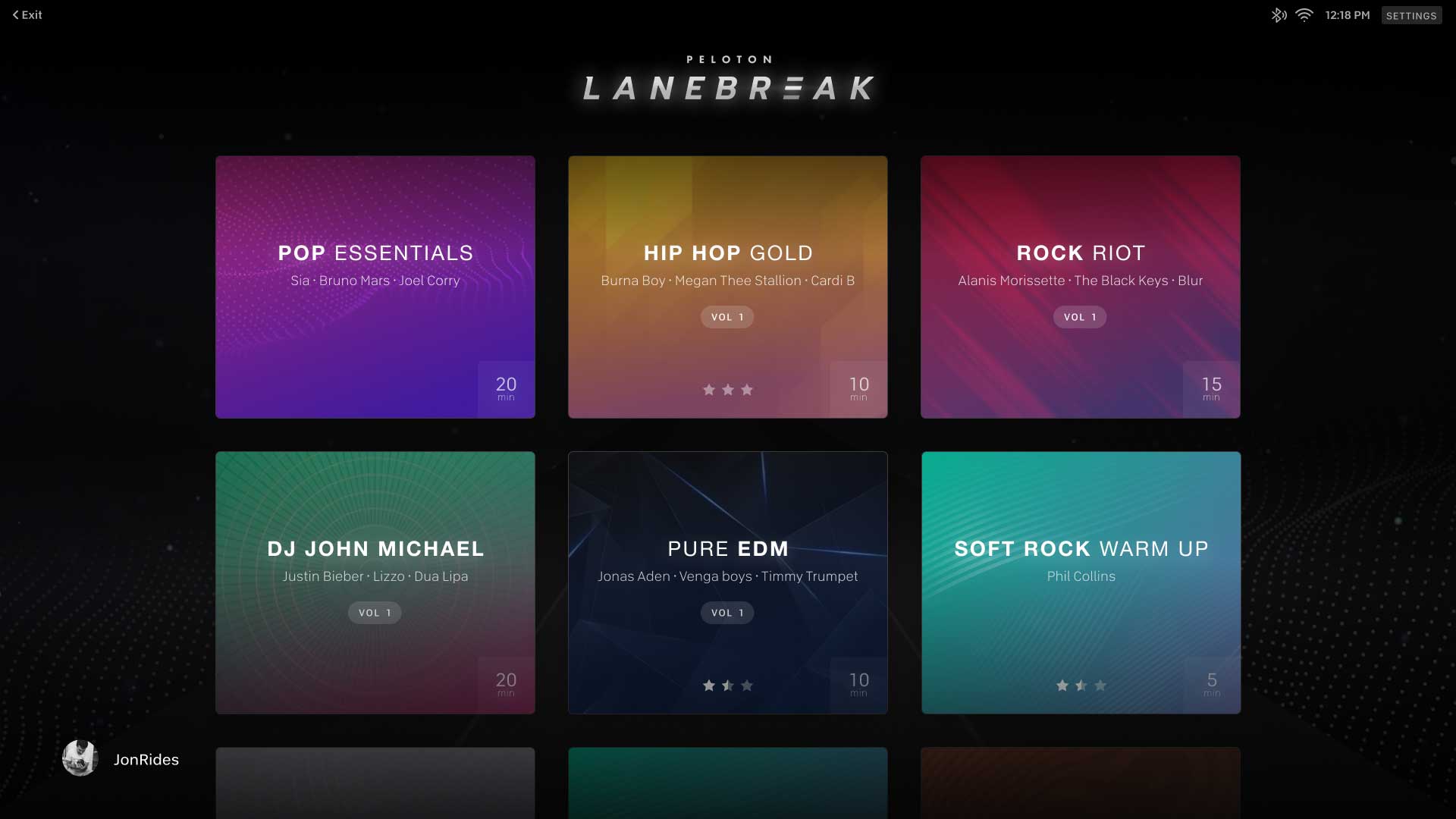 Ultimately, Lanebreak isn’t at all a drastic addition to the Peloton experience. If you want to shake up your routines with a more gamified offering, it’s definitely a solid option — for existing owners, that is. Admittedly, it’s not compelling enough to win over new cyclists on its own merit. For deeper and more engaging exercise-based gaming experiences, you’d certainly be better off with the Meta Quest. But if you already have a Peloton and aren’t normally a gamer, Lanebreak’s good for something a little different and fun.

Lanebreak is available now at no additional cost to Peloton subscribers.