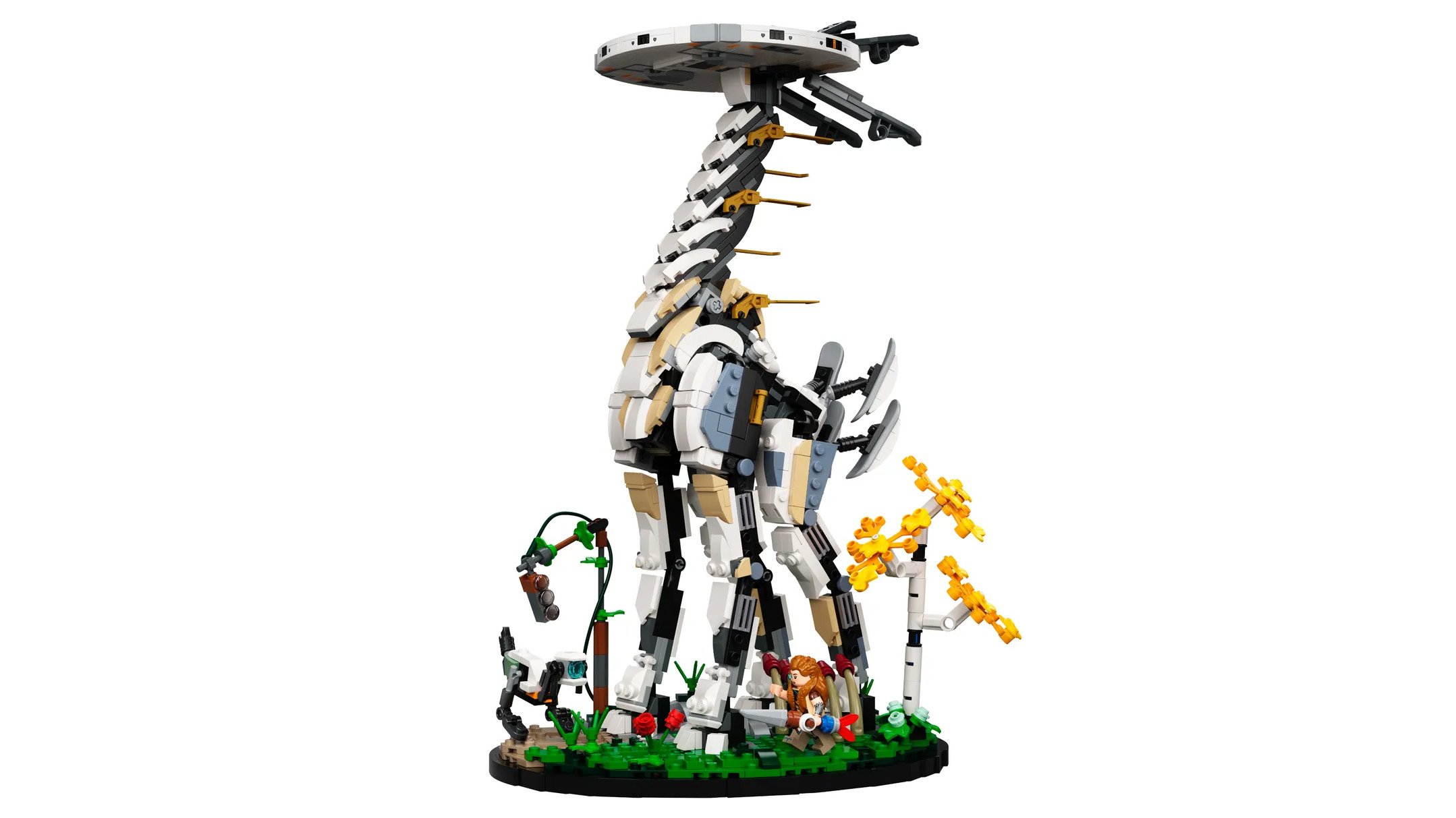 The iconic Lego line has truly hit its stride.

From its high-end ‘Ideas‘ sets that often involve cool fan-submitted brand collaborations like Sonic, Mario, Winnie The Pooh, Back to the Future and more, the plastic brick company seems to finally be aware that its toys aren’t just for kids.

Lego’s latest collaboration is a ‘Tallneck’ from Sony and Guerilla Games’ upcoming PlayStation 4/PlayStation 5 title, Horizon Forbidden West. The set (number 76989) features a Tallneck and a mini-figure of Aloy, the main character in the Horizon series.

Lego designer Isaac Snyder said the following about the project:

“I fell in love with Horizon Zero Dawn the first time I played it. It’s a futuristic world full of gorgeous scenery, strong characters, threatening machines, and a rich story.”

“The Guerrilla designers were a huge inspiration and help in capturing the spirit of this universe in LEGO form. The Horizon fan community is so creative, and this model is dedicated to their passion and imagination.”

For more on Horizon Forbidden West, check out Brad Shankar’s in-depth look at the game.