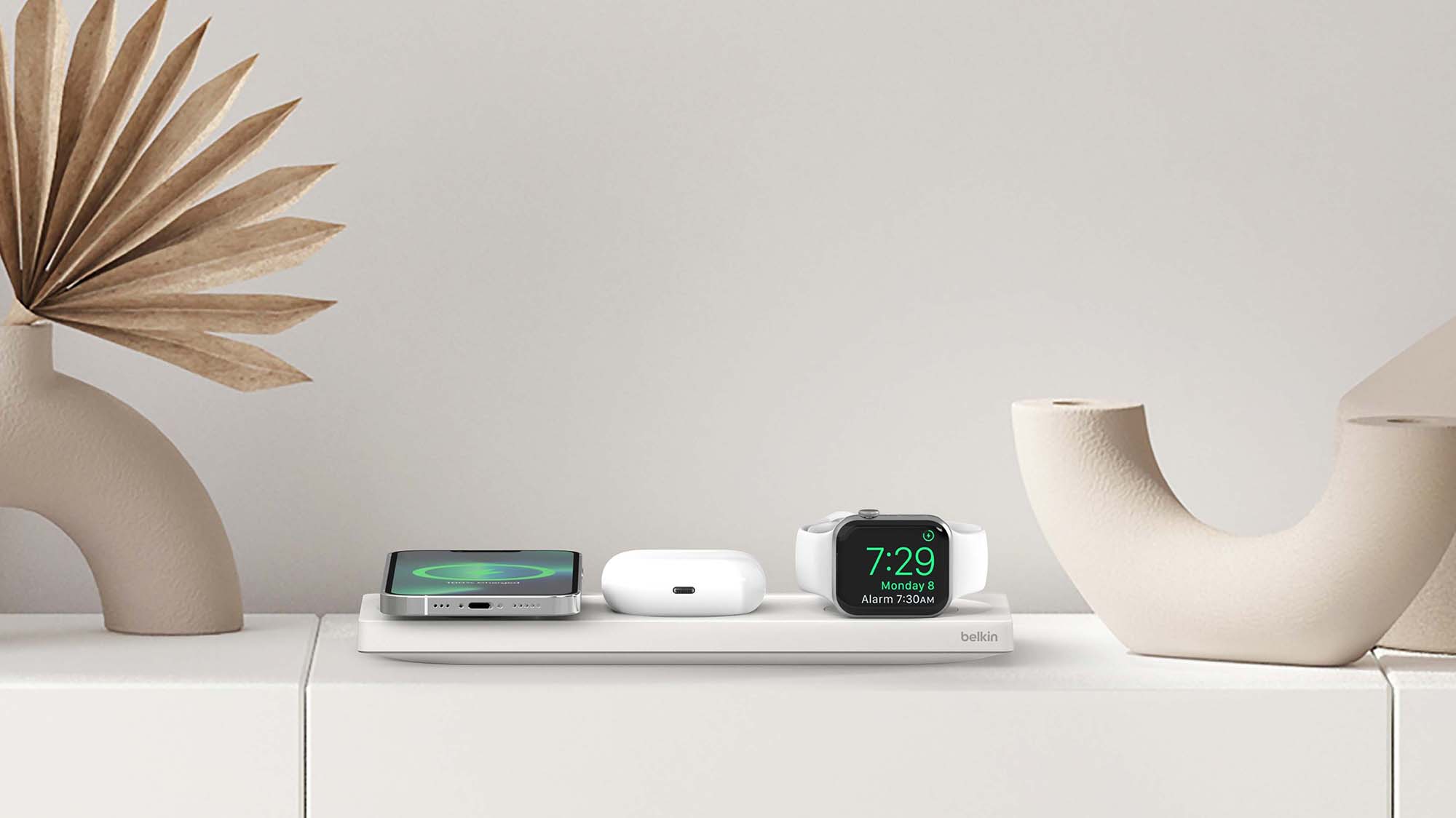 Belkin’s new 3-in-1 charger is the first third-party fast charger designed for the Apple Watch Series 7.

The BoostCharge Pro 3-in-1 Wireless Charging Pad features MagSafe 15W charging speeds for the iPhone 12 and iPhone 13 and of course, fast charging for the Series 7. Apple says that the Series 7 can go from roughly 0-80 percent in 45 minutes with fast charging.

The charger also features a standard Qi charging pad designed for AirPods. It’s also worth noting that the Apple Watch charger portion is adjustable, allowing you to lay the smart watch flat or upright thanks to a small switch on the underside of the charger. 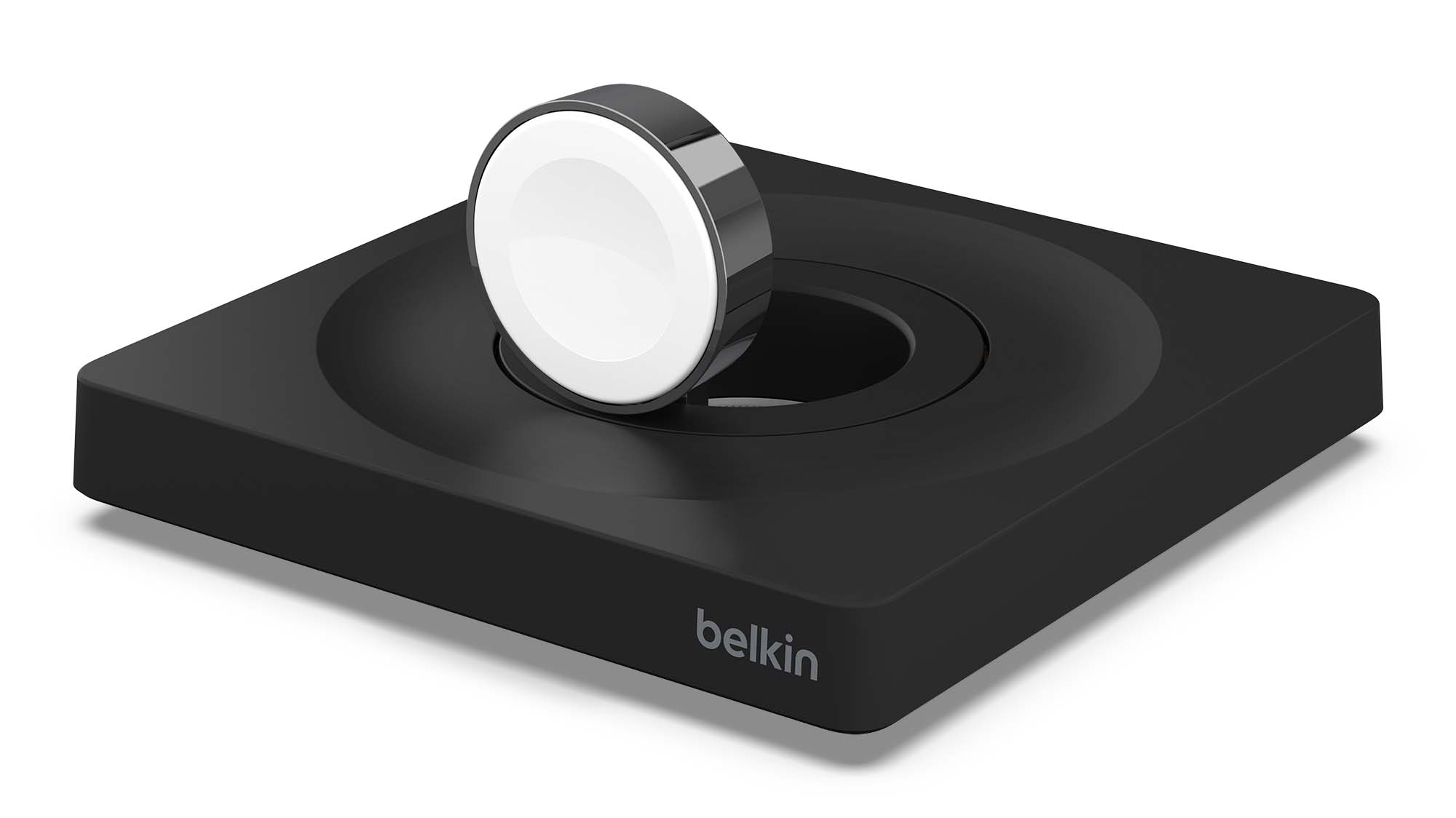 Alongside the 3-in-1 charger, the accessory maker revealed a standalone fast charger for the Apple Watch Series 7 that includes a USB-C cable.