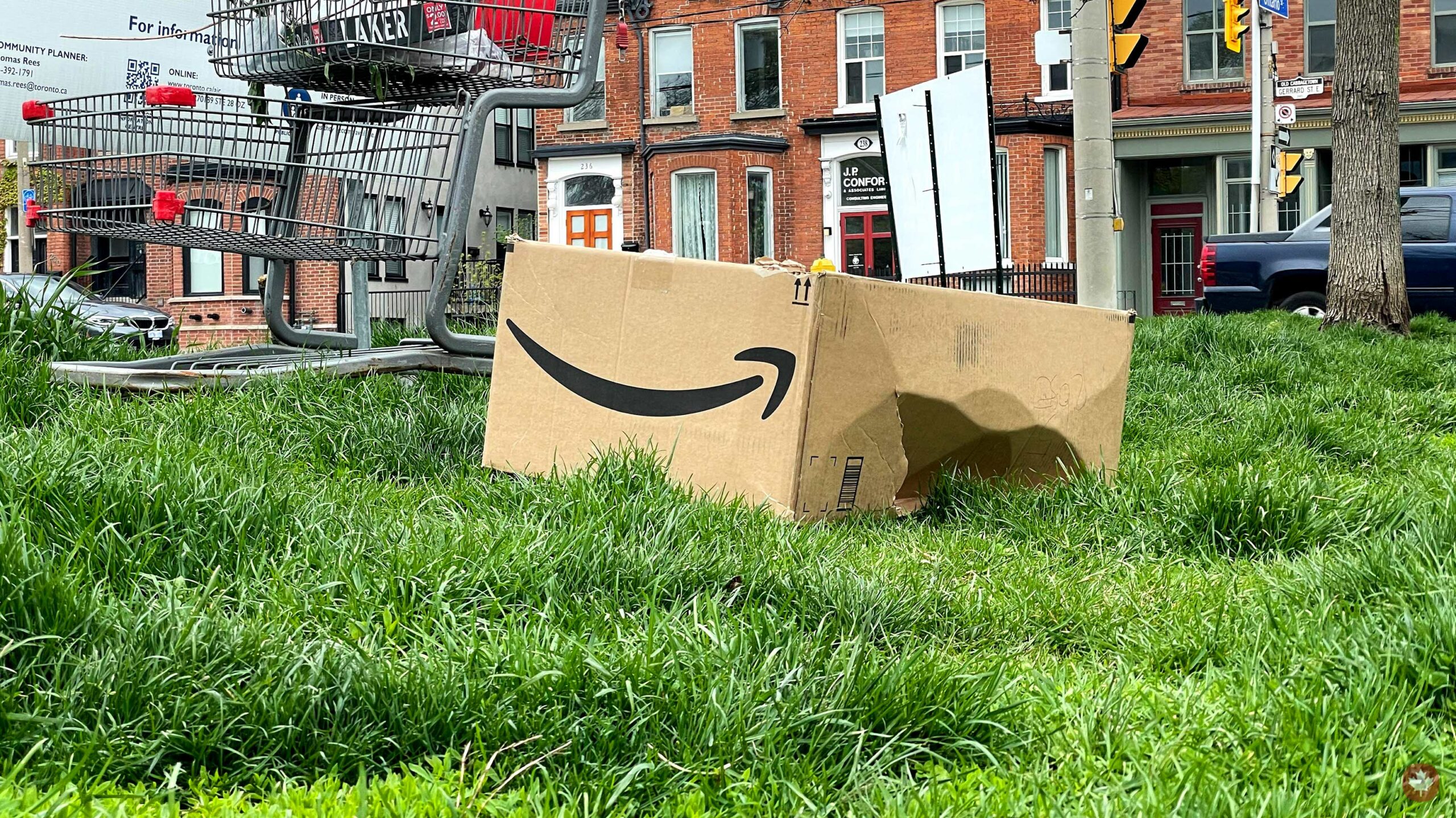 An investigation by British television program ITV News discovered that Amazon marks millions of unsold products for destruction in the U.K.

Although the ITV investigation focused on the U.K., it’s worth keeping in mind that Amazon has a poor track record when it comes to waste. The Verge cited other investigations, including ones from Germany and France, that explored the e-commerce giant’s tendency to destroy unsold goods.

ITV went undercover at Amazon’s Dunfermline fulfillment centre in Scotland, where it found stacks of boxes marked ‘destroy.’ Many of the boxes were filled with electronics, jewelry, books and other new or gently used items. Further, ITV says it tracked some of the goods to recycling centres and a landfill.

During a single week in April, roughly 124,000 items were labelled ‘destroy’ at the Dunfermline centre, according to an internal document obtained by ITV. During that same period, some 28,000 items were set aside for donations. A former Amazon employee told ITV that roughly half of the items that the company destroys are things people return. The rest are “unopened and still in their shrink wrap.”

The employee also said that there’s “no rhyme or reason to what gets destroyed,” noting they had seen Dyson fans, Hoovers, the occasional MacBook or iPad and even 20,000 COVID facemasks still in their wrappers.

Third-party sellers can contribute to the problem

The Verge explains that it may not just be on Amazon. Third-party sellers often pay to keep their stock in Amazon warehouses, but if it doesn’t sell, those sellers may find it cheaper to have Amazon throw it away rather than keep it on the shelf.

In a statement to The Verge, Amazon denied sending any products to landfills in the U.K. Moreover, the company claimed that the landfill identified by ITV was actually a recycling site.

“We are working towards a goal of zero product disposal and our priority is to resell, donate to charitable organisations or recycle any unsold products,” the company said in the statement.

Additionally, Amazon created a program in the U.S. and U.K. to donate leftover stock following a 2019 investigation in France. One report estimated that Amazon destroyed over 3 million products in France in 2018. Amazon told The Verge that it incinerated products for energy production as a last resort and that less than one percent of products were destroyed in this way.

However, Amazon tends to deny practices like this. Most notably, the company recently denied that employees are forced to urinate in bottles while on the job, despite plenty of evidence that employees do. Almost immediately following the denial, leaked internal documents showed that Amazon management was aware of the pee bottles.

The ITV report comes as Amazon’s 2021 Prime Day peddles cheap online goods in countries around the world, with some exceptions. Canada, for example, saw Amazon postpone Prime Day due to the ongoing COVID-19 pandemic. Prime Day can be a huge growth driver for Amazon and for third-party sellers, which in turn pushes Amazon to build new warehouses. Those warehouses then become new creators of waste and emissions.

Source: ITV News Via: The Verge