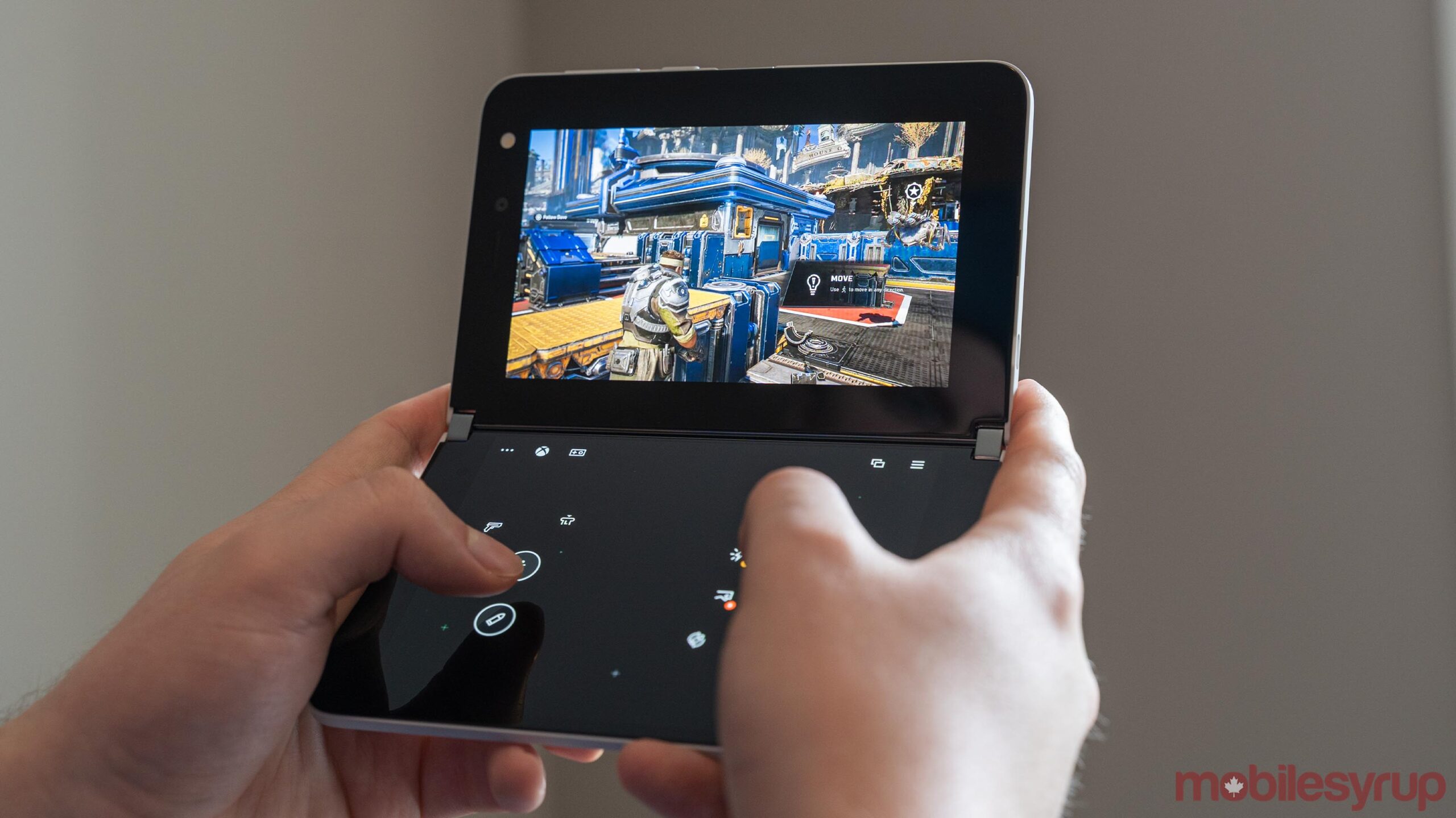 When Microsoft’s Surface Duo finally came to Canada, I got the chance to review it. While I generally liked the dual-screen phone, despite some of its bigger issues, one thing that surprised me was the lack of dual-screen support in the Xbox Game Pass app.

While testing the Surface Duo, I thought it’d be the perfect mobile gaming device. Thanks to its dual-screen format, you can hold it sideways and use the bottom screen for controls and the top screen to view the game, kind of like a Nintendo DS handheld. Unfortunately, most mobile games didn’t support using two screens.

Since then, Microsoft added Duo support to its Xbox Game Pass Beta app, which means my Nintendo DS-like mobile gaming dream lives on. If you’ve got a Duo and want to try it out for yourself, it’s pretty straightforward to get it up and running. Plus, I’ll have some thoughts on actually using it below.

How to get the dual-screen xCloud experience on Surface Duo 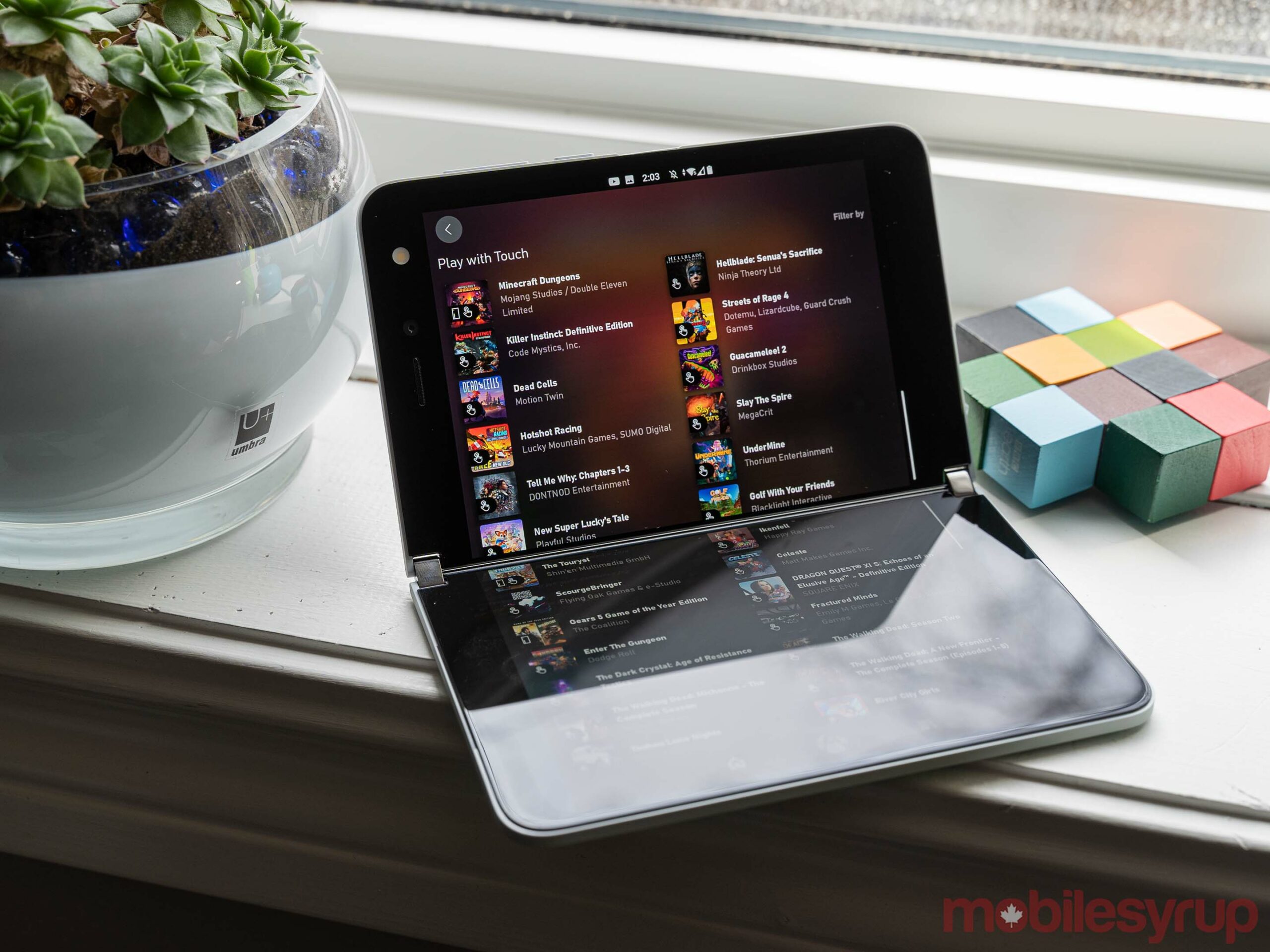 Getting everything setup right essentially relies on downloading the Xbox Game Pass Beta app from the Play Store. It’s a free download, and you can find it here. Eventually, the feature should make the jump to the stable Xbox Game Pass app, but until then, you’ll need to use the Beta.

For the most part, I didn’t have any issues with the Game Pass Beta in terms of stability. That said, after first downloading the app and logging into my Microsoft account, the app didn’t recognize my Ultimate subscription and wouldn’t let me play any games. After rebooting the Surface Duo, things started working as intended.

Once you’ve found a game, tap it and tap the ‘Play’ button to get started. The only other thing to do is make sure the Game Pass app is bridged across both screens, which you can do by holding the white navigation bar and dragging it towards the gap between the panels. When you let go, the app should expand to cover both displays.

Touch controls work well, but they’re not for everyone 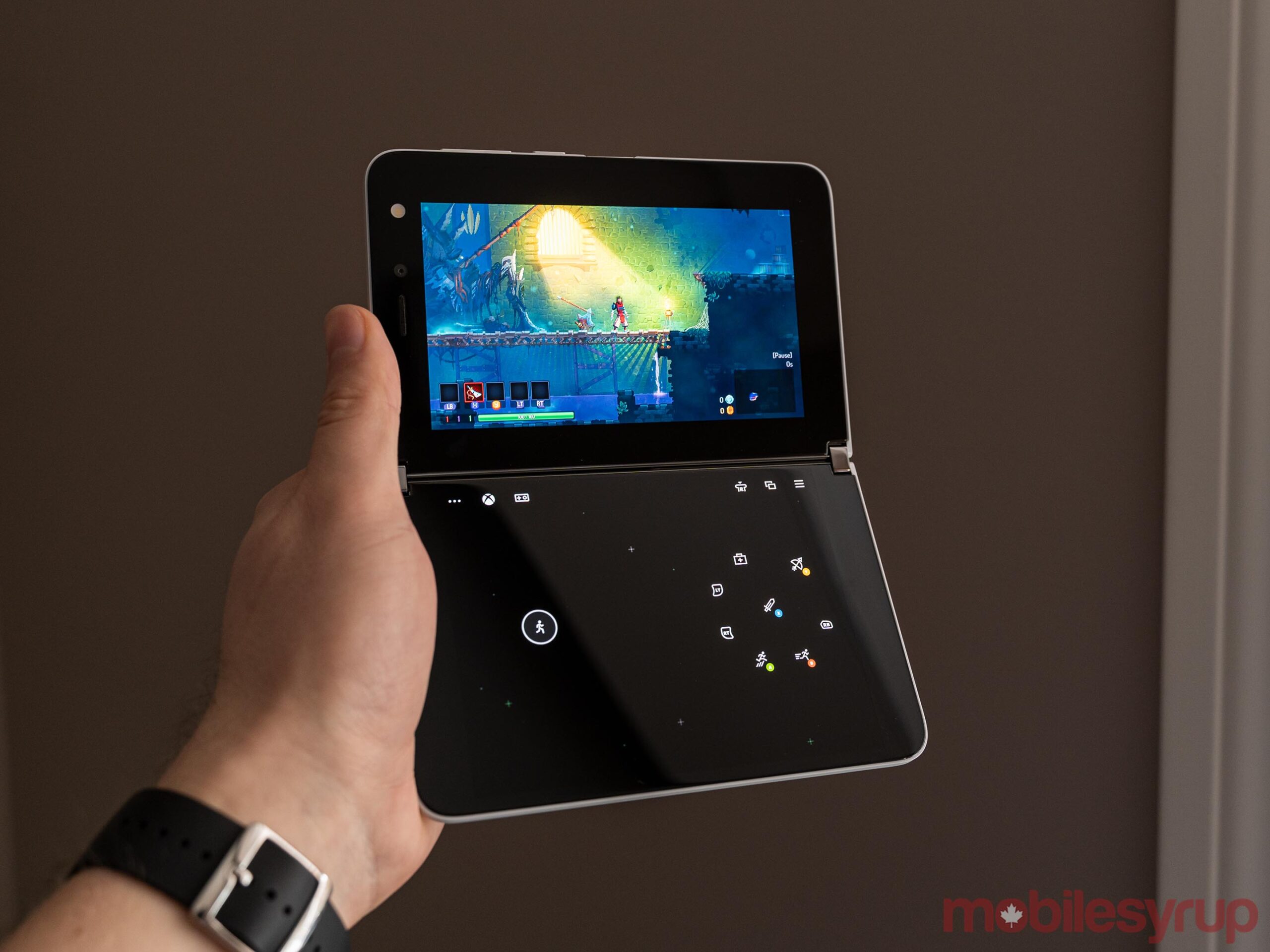 The Xbox Game Pass app’s touch controls actually work surprisingly well. In part, this is because Microsoft lets developers adjust on-screen controls to work better for their game. Instead of getting a virtual recreation of the Xbox controllers, users get custom control schemes.

For example, when I played Dead Cells, the control scheme put the ‘X’ button in the centre. There was a ring of other buttons around it for other controls, like jump and dodge. Interestingly, the on-screen controls show the corresponding button (X, A, RB, etc) and a symbol for what action it does in-game (X shows a sword since it’s your attack button). There’s even a dedicated healing button that wasn’t tied to any traditional Xbox controller button.

Gears 5 features entirely different controls. They include a large circle that acted as the right joystick for looking around. In a circle around the virtual joystick were the other control buttons, like aim and reload. Gears also features motion controls, which lets you look around by tilting the Surface Duo. I found the motion controls to be quite unreliable and they didn’t seem to work well with xCloud’s streaming, as they often caused the game to stutter in ways that the touch controls didn’t. However, that could also be a factor of the software being in beta.

I tried out a few different games with the touch controls, and in each of them, the controls felt responsive. The different layouts helped controls feel matched to the game. Perhaps the best part was that by pushing the controls down to the second display, it kept my fingers from blocking anything important in the game. 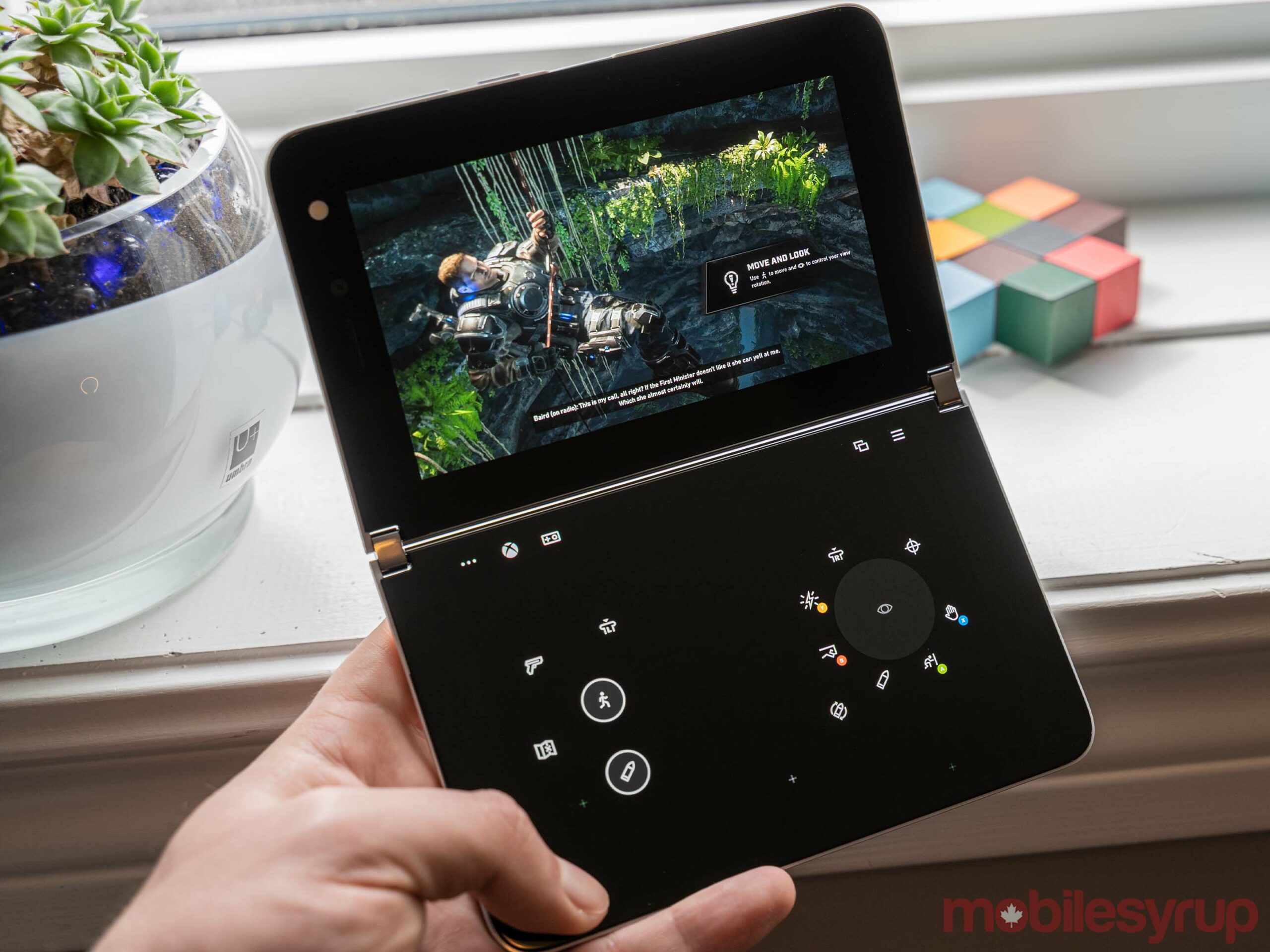 Unfortunately, as much as I liked playing xCloud on the Surface Duo, the controls are still touch-based. That means all the typical problems with touch controls are still here. The biggest issue is it’s nearly impossible to play games by feel. The benefit of traditional controllers is that each button has a feel — you can quickly move your thumb from the ‘A’ to ‘B’ button simply by knowing where it’s positioned and feeling the button as your thumb moves across it.

With touch controls, everything’s on a flat pane of glass, which means as you slide your thumb from one button to the other, you can’t feel where that button starts — you have to look away from the game to make sure you nail the placement.

Perhaps over time muscle memory would alleviate this, but for now, it makes playing games with touch controls difficult, even though the Duo’s set-up dramatically improves playing xCloud titles with a mobile device.