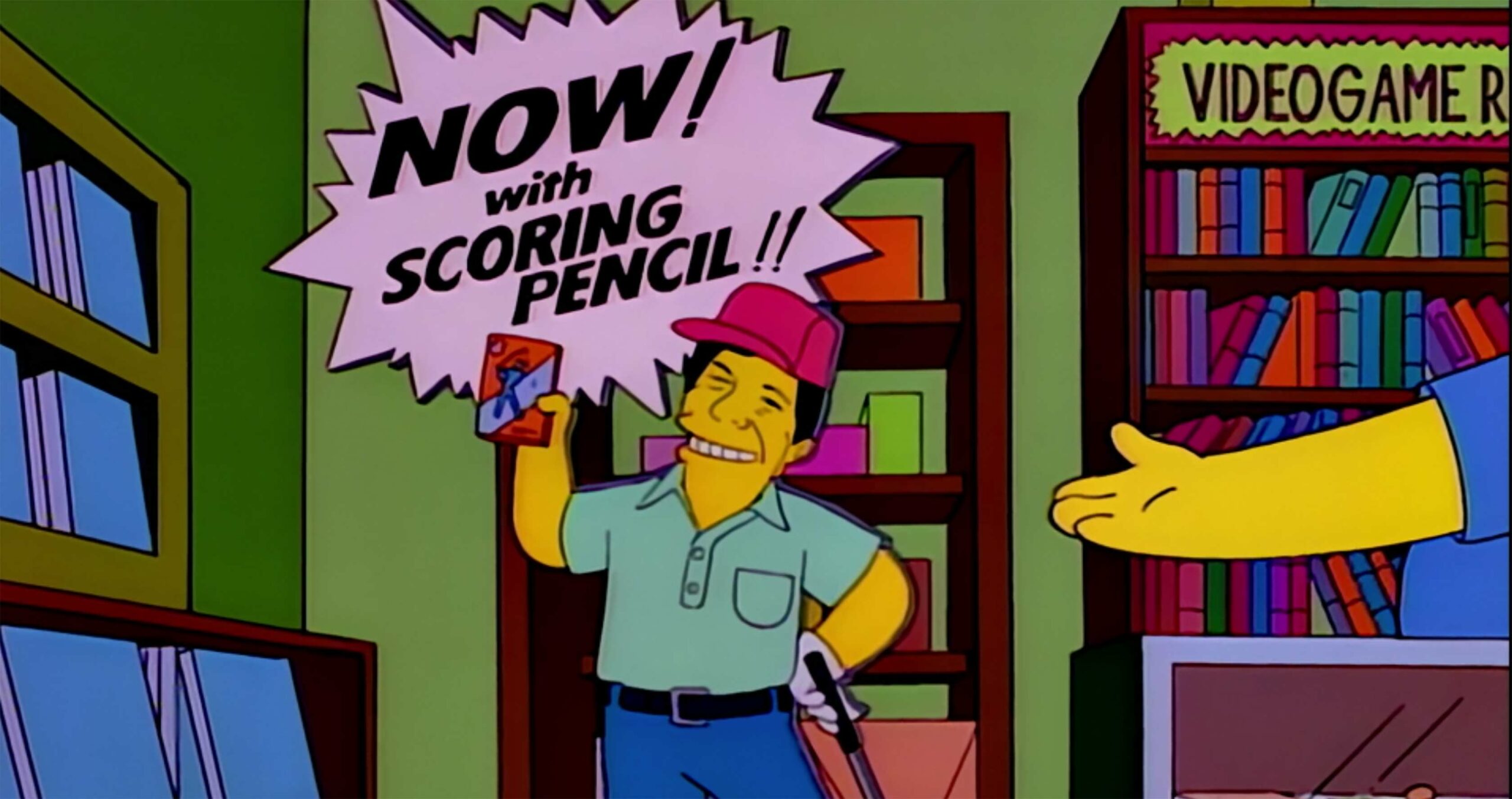 A dedicated fan of The Simpsons has turned one of the iconic sitcom’s classic gags into an actual playable game.

Aaron Demeter, a student at Toronto’s Ryerson University, has made a game based on “Lee Carvallo’s Putting Challenge,” a fictional golf simulator from 1995 The Simpsons episode “Marge Be Not Proud.”

In the classic Season 7 episode, Bart desperately wants a Mortal Kombat-esque violent fighting game for Christmas, but Marge ultimately gets him “Lee Carvallo’s Putting Challenge,” which she says the store clerk claimed “every boy wants.” The game is then played during the episode’s ending credits.

Impressively, Demeter has recreated the entire “experience” for free on itch.io. I say “experience” because Demeter made a point of making “Putting Challenge” as humourously noninteractive as it was in the show.

Essentially, Carvallo — a fictional golfer — asks you to pick one of two clubs to use, followed by which of two swings to perform and a short numerical code to put in to execute the command. The show’s graphical style for the game and exact limited options are recreated in Demeter’s work. You can even get the ball to completely overshoot the golf course and land in an adjacent parking lot, just like it does in the show.

Bill Oakley, who served as showrunner on The Simpsons during the show’s seventh and eighth seasons, even gave Demeter his blessing on Twitter.

All Simpsons fans must check out this fantastic PLAYABLE VERSION of Lee Carvallo's Putting Challenge by @AaronDemeter https://t.co/QfLLFwN51N

“Marge Be Not Proud,” as well as all other episodes from the first 30 seasons of The Simpsons, are now streaming on Disney+. It’s worth noting that a few weeks ago, Disney rolled out an option to stream all classic episodes of the series in their original 4:3 aspect ratio, following criticism for initially only displaying them in 16:9.