The dedicated app lets you type commands instead of speak them, but lacks Alexa support

Microsoft has launched a new dedicated Cortana app on Windows 10. Unlike the built-in Cortana in the Start menu or pinned to the taskbar, this new separate app allows users to interact with the company’s digital assistant in a resizable, movable space.

However, the new dedicated Cortana app is missing Alexa support, a major part of the original Cortana experience in Windows 10. First announced back in 2018, Amazon and Microsoft partnered to allow Alexa on Windows 10 devices and Cortana on Echo speakers. While not much as happened with the partnership since, Andrew Shuman, Microsoft’s corporate vice president of Cortana, told VentureBeat the company “continue[s] to work really closely with Amazon.”

“There’s so many things that of course Amazon does well that we’re not going to do, and that starts with e-commerce and all those great experiences. So we’ll be bridging those in thoughtful ways, but we wanted to get started on a core set of first-party things that we can be great at,” Shuman said. 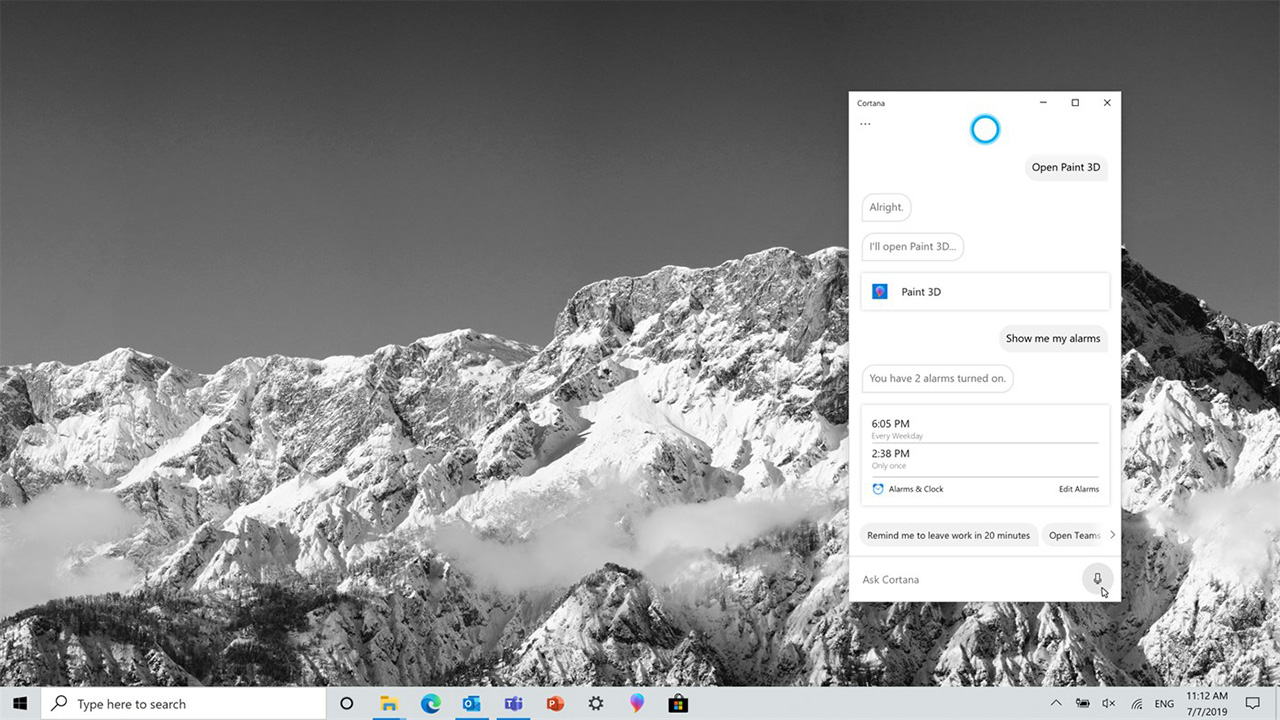 Another benefit of the stand-alone Cortana app is that separation from Windows 10 allows for more frequent updates. Since the new app is available from the Microsoft Store, the company can push updates to it much faster. Some of the planned updates include extending ‘Hey Cortana’ wake-word support to more languages and adding Bing capabilities. Photos and videos for the Cortana app could also arrive in the future.

Considering Microsoft killed off the Cortana Android and iOS apps, many thought the digital assistant was on its way out. However, it looks like Microsoft will instead integrate the assistant deeper into its apps. Both Teams and Outlook feature built-in Cortana features and Microsoft could expand that to more apps in the future.

If you want to try out the new Cortana for Windows 10, you can download it from the Microsoft Store for free.