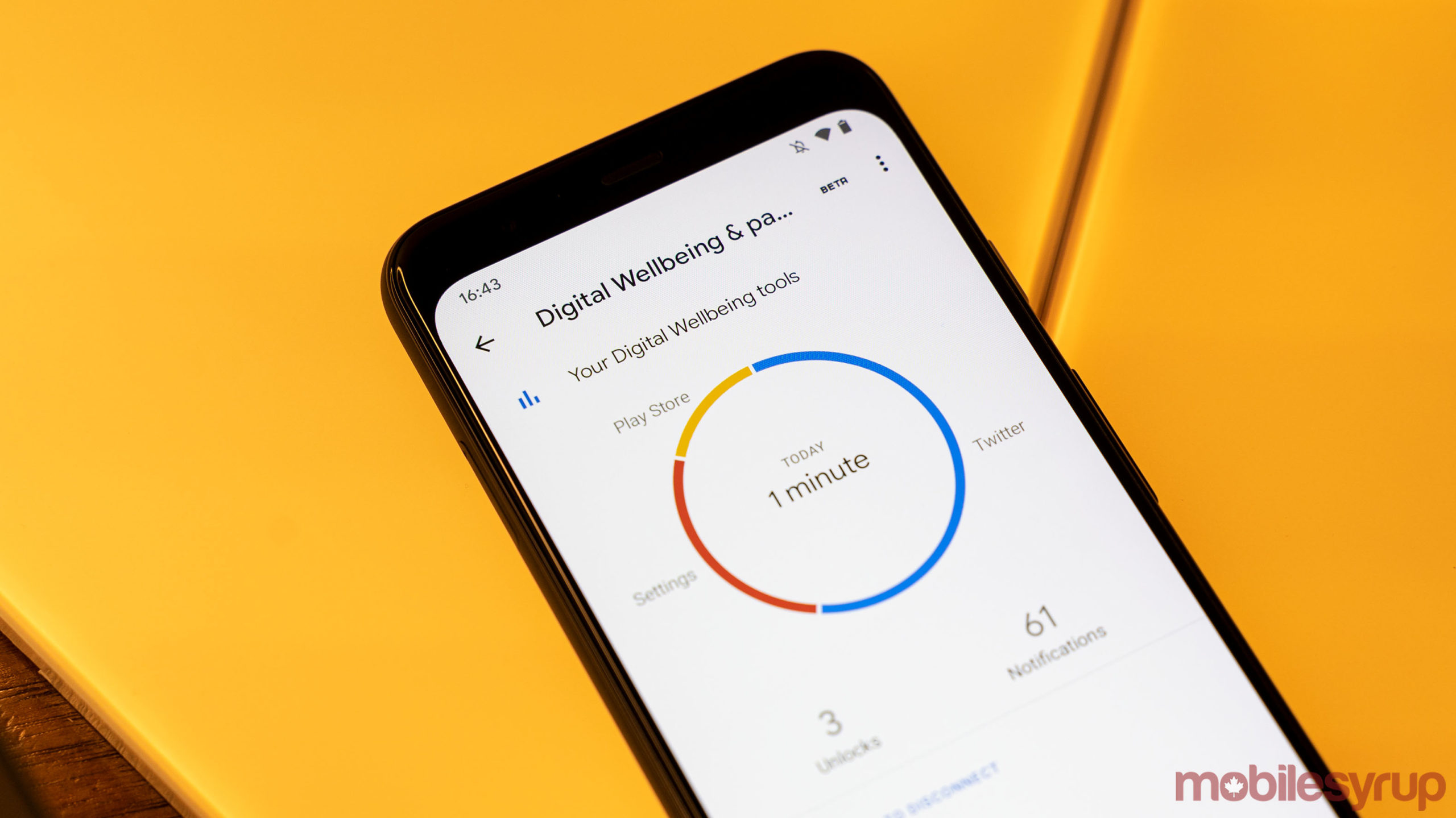 Google’s Digital Wellbeing platform may soon offer insights into why you may not be sleeping well at night.

According to an APK teardown performed by 9to5Google, the search giant is working on a feature that would leverage a variety of data from users’ smartphones to provide suggestions about what might be causing sleep issues.

As with all teardowns, it’s important to note that the findings may not be entirely accurate. APK teardowns break apart apps uploaded to the Play Store and pick out lines of code that could indicate new or upcoming features. Since these changes are often still in development, they could change drastically or never release at all. Plus, interpretation of the code may be different from the actual intent of the feature. With that said, let’s dig in.

First up, the new features spotted by 9to5 are part of the new ‘Bedtime Mode.’ At the moment, Bedtime Mode is just the ‘Wind Down’ feature set with a new name and almost identical functionality.

However, in the new Digital Wellbeing beta currently rolling out from the Play Store, code snippets hint at Google’s plan to expand Bedtime Mode. Essentially, Digital Wellbeing will use the time you’re not on your phone to measure sleep habits. Further, the code suggests the feature will tie into the Google Clock app, but it’s not immediately clear how or why.

On top of that, the code indicates the feature will need access to a wealth of permissions to generate the data. This includes app usage and time zone data, motion and light sensors and more. It seems that Digital Wellbeing will use the data to detect if you’re using your phone during bedtime and which apps you use when you do. It seems that the data could be shared with a company, likely Google, but the code interpretation isn’t clear.

Finally, the code suggests the data will allow Digital Wellbeing to show how much of users’ ‘bedtime’ window they spend on their phone. Plus, it can break down which apps you’re using.

While helpful data to have, it appears that Digital Wellbeing will only offer it to users and not use the data to provide its own insights. However, I’d imagine that kind of feature will be added to Digital Wellbeing in time.

Digital Wellbeing to get ‘Night Notes’

9to5 also spotted work on a new ‘Night Notes’ feature. According to the code snippets uncovered by 9to5, Google is building a feature that will let users quickly take notes on their phone before going to bed. For example, it can prompt users to “offload [their] thoughts,” which could be helpful for those who find themselves overthinking things at night.

For myself, I could see this being incredibly useful. I work on a few creative writing projects and often have ideas at night. If Night Notes offers an easy way to jot down a quick thought, it could help me get those ideas out of my head before I go to sleep.

Further, the code suggests Digital Wellbeing will remind users of their Night Notes in the morning.

For now, it remains unclear if or when Google will release the feature. The sleep insights could help identify and eliminate apps that distract you before bed. However, I’m far more intrigued by the Night Notes feature for myself.