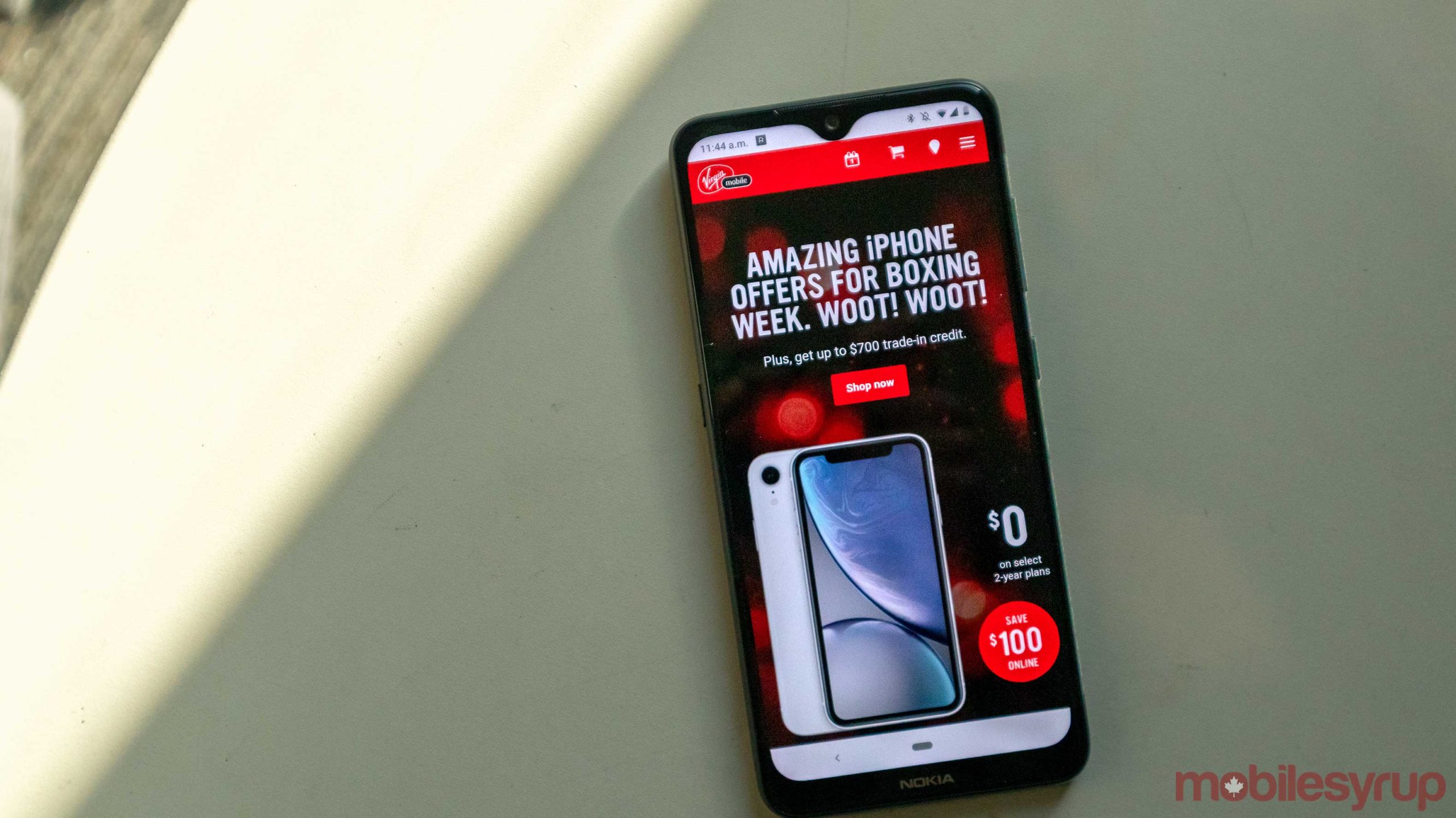 According to documents obtained by MobileSyrup, Virgin Mobile will introduce its new ‘Sweet Pay’ device financing service on May 12th. Sweet Pay allows new and existing customers to get smartphones or tablets for $0 down with a two-year plan. Like other financing plans, customers pay off the cost of the device over 24 months with zero percent interest (APR).

MobileSyrup has reached out to Virgin Mobile for more details regarding the switch to Sweet Pay.

The documents indicate that Sweet Pay will replace Virgin Mobile’s existing plan tier structure. Currently, Virgin customers can get a phone at a reduced upfront cost but must pick between a Silver, Gold, Platinum, Diamond or Diamond Plus plan. As you move up the tiers, the monthly cost of each plan increases to cover the device subsidy.

While the documentation isn’t clear, it appears that after May 12th, customers will pick from the equivalent of Virgin Mobile’s bring your own phone (BYOP) plans. The device cost will be separate from the monthly plan, unlike the old device subsidy model. Customers’ bills will include the rate plan charge plus tax, device payment plus tax and other standard charges.

After the two-year agreement, the monthly device payment drops off the bill and the customer will continue paying the monthly rate plan charge.

Sweet Pay will make most phones $0 upfront, but customers still get a choice

While most smartphones will be available for $0 upfront, the documentation does indicate that some devices will require a one-time down payment. For example, this could apply to certain high-cost smartphones like the Samsung Galaxy S20 Ultra 5G.

However, Virgin Mobile will offer customers the ability to pay some of the device upfront in order to reduce their monthly bill. The documents list optional down payments of $120, $240 or $360, which will reduce the monthly device cost by $5, $10 and $15 respectively. Further, the document says customers will be able to stack the optional payment amounts up to a total of $720 for a $30 per month reduction. Finally, if a customer plans to trade in an old device or use a gift card, those credits can be applied to the optional upfront cost.

When Virgin Mobile makes the switch on May 12th, it will join Rogers, Telus, Bell and Fido in offering device financing options. Koodo and Freedom Mobile, at the time of writing, don’t offer device financing options. Koodo offers a ‘Tab’ program that reduces the upfront cost of the device by a set amount, which customers then pay back over 24 months along with their regular phone bill. After the Tab is paid off, the extra monthly cost drops off their bill. Freedom Mobile’s ‘MyTab’ system operates similarly and allows customers to reduce the upfront cost of their phones and pay that amount over 24 months.

Update 05/05/2020: Corrected the last paragraph to more clearly articulate the differences between Koodo and Freedom’s tab-based systems and other carrier’s device financing systems.