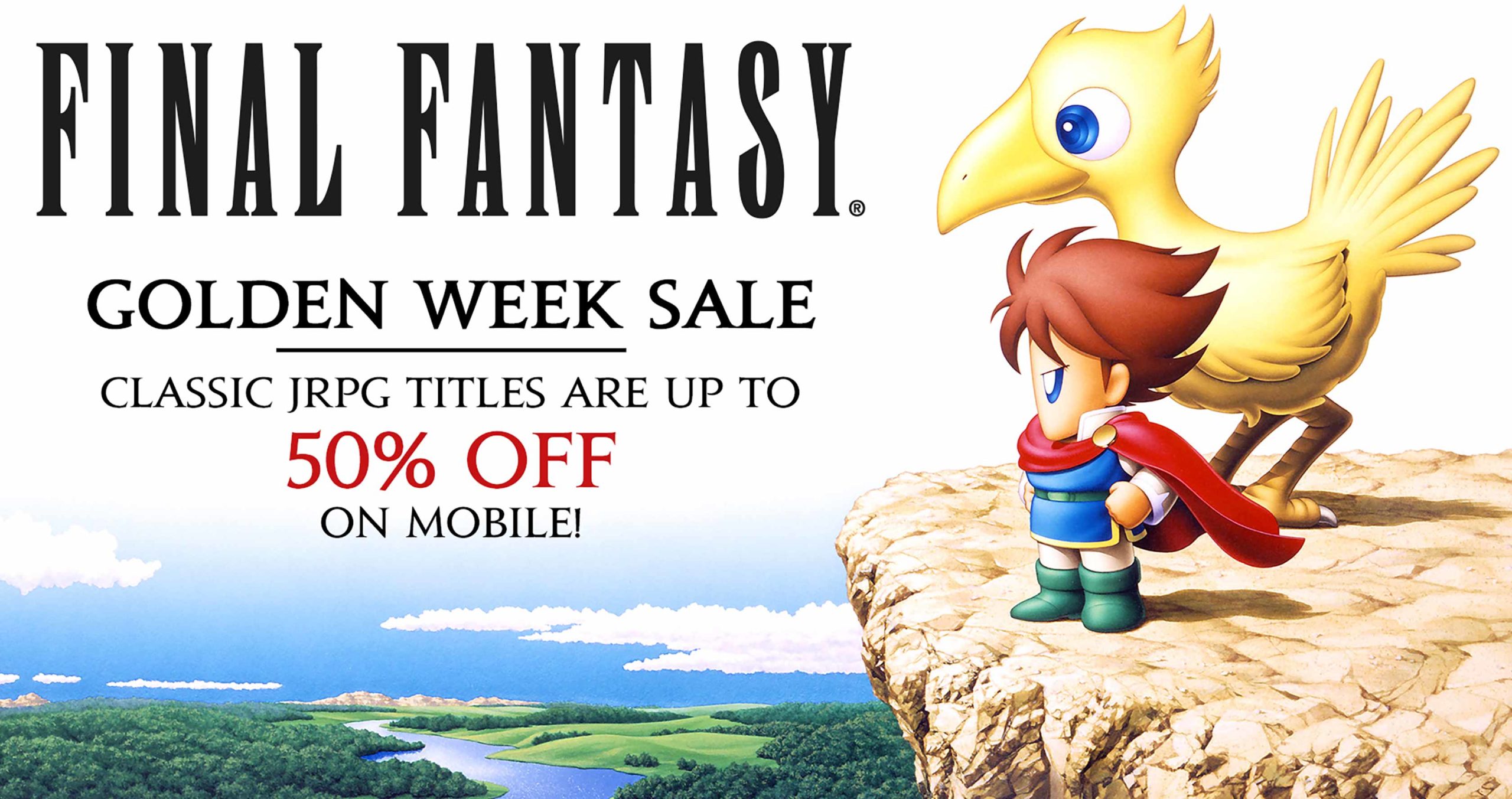 Square Enix is offering up to 50 percent off a variety of its Final Fantasy games on both Android and iOS.

Overall, this deals covers many of the major entries in the popular JRPG franchise, including:

See the full list of deals on Google Play here and on the App Store here.

This is a ‘Golden Week’ sale to coincide with the week of holidays celebrated in Japan during this time. Therefore, while Square Enix doesn’t mention a specific end date for these deals, you can expect them to end sometime next week as Golden Week itself wraps up.

It’s worth noting that various Final Fantasy games are also on sale on both PlayStation 4 and Xbox One right now.