Samsung is already testing Android 11 on a Galaxy S10+

It looks like Samsung could already be working on bringing the next version of Android to its Galaxy handsets.

According to a Geekbench benchmark score spotted by Pocketnow, the South Korean company has a Samsung Galaxy S10+ running ‘Android R.’ While Google dropped the letter-based codenames and dessert nomenclature with Android 10, it apparently still persists in small ways. Android R would have been the codename for version 11 had Google kept on with the dessert titles.

Regardless, the details of the benchmark score show that a Samsung device with model number ‘SM-G975F’ — also known as the Galaxy S10+ — runs Android 11. It’s an exciting development, especially since Samsung has had a less-than-stellar reputation when it comes to Android updates. If the company is already working on updating its older devices to Android 11, it bodes well for the update cycle when the new OS launches later this year. 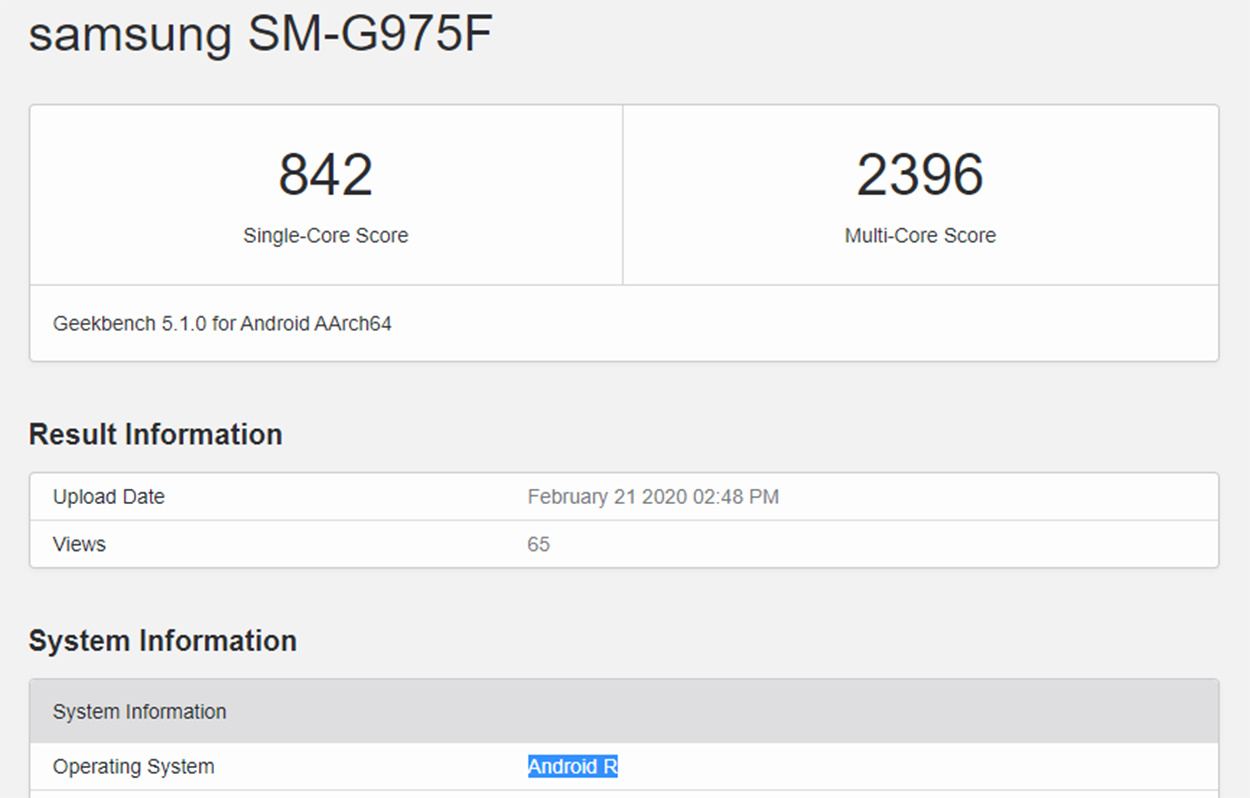 Of course, there are a few things to keep in mind here. First and foremost, Android 11 only just launched in developer preview, and it’ll be some time before we get something that closely resembles the final product. As such, things are bound to change significantly in the coming months, which could delay Samsung’s work on porting it.

The other thing to keep in mind is that it’s isn’t difficult to spoof Geekbench scores, so it’s possible that this result didn’t really come from an S10+ running Android 11.

Either way, I’m willing to hope this means Samsung got a head-start on bringing the next version of Android to its phones and that we could potentially see a shorter wait for major updates on Galaxy devices this year.