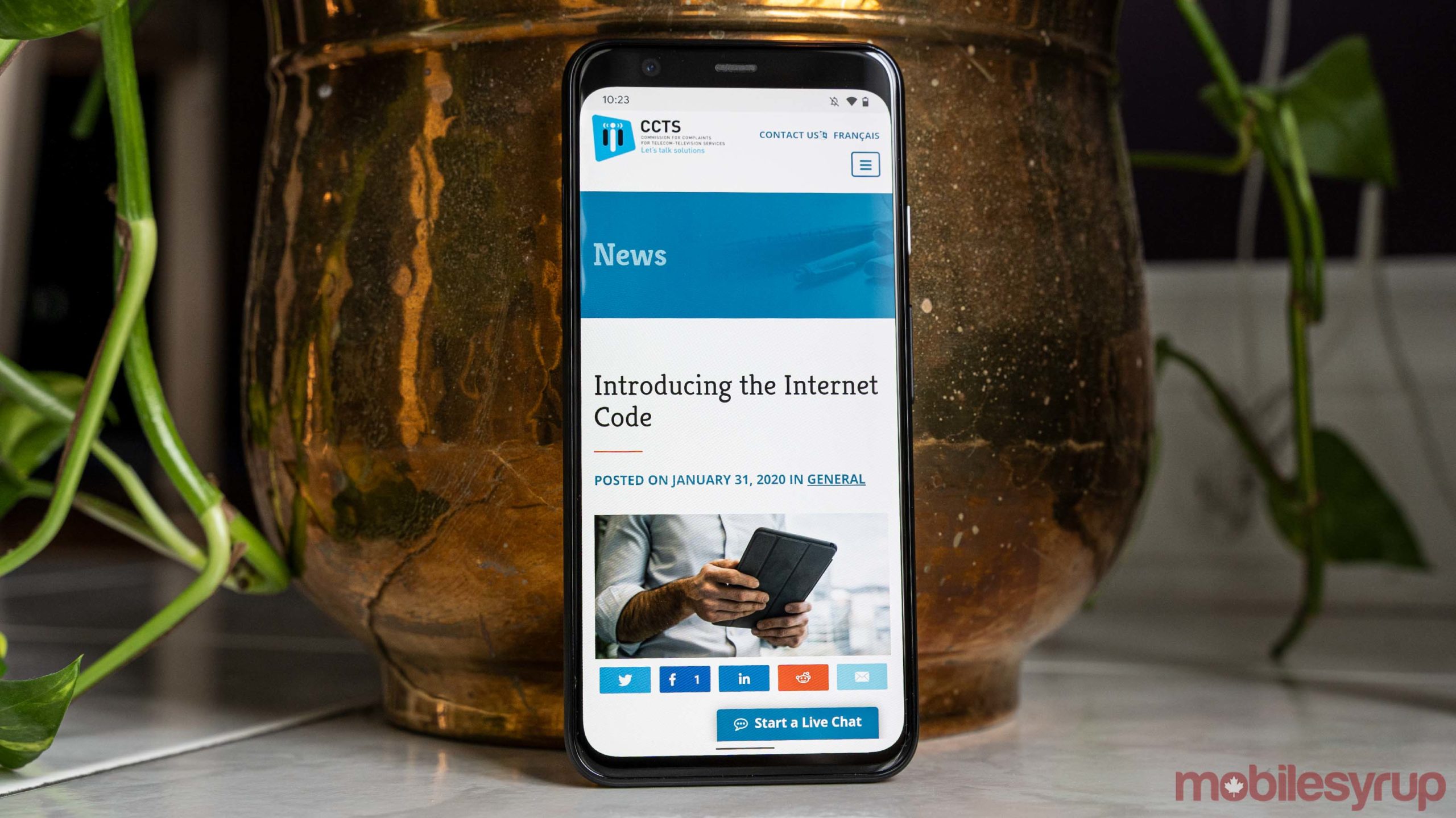 The CRTC issued the code in July 2019 after two sets of consultations that same year. The idea was the create a mandatory code of conduct that would apply to customers of retail fixed Internet access services. The CCTS noted that it observed increased complaints related to internet services and in its most recent Annual Report, said that internet-related issues increased more than 139.5 percent in the last five years.

It also adds the ability to cancel a contract within 45 days without needing to pay cancellation fees.

“In today’s marketplace, Canadian consumers deserve to be provided with clear information and easy-to-understand terms and conditions. The Internet Code will allow Canadians to make better decisions when subscribing to or modifying their existing Internet service, and will make it easier for them to take advantage of competitive offers. The Internet Code will also provide Canadian consumers with additional safeguards against unexpectedly high bills and help them resolve disputes with their Internet service provider.”

However, while the Internet Code should bring some benefits to customers, many acknowledge that it was rushed out and claim the code is ultimately flawed. The Public Interest Advocacy Centre’s (PIAC) executive director and general counsel, John Lawford, told MobileSyrup in August that the code was “pure trash.”

Among the complaints is that the code fails to address some of the key reasons behind the need for the code. One example would be predatory tactics that trick customers into signing contracts that have more expensive prices and high cancellation fees than customers thought. The new 45-day cancellation rule doesn’t address those issues, nor does it punish ISPs who purposefully trick customers.

Regardless, the code is now in place and should provide at least some benefit to internet customers — flawed or not. The CCTS says the code applies to the following large ISPs as well as their brands and affiliates:

Further, the CCTS plans to release an annotated guide to the Internet Code, as was done with other CRTC-issued codes. The guide should help customers and ISPs better understand how the CCTS uses and administers the code.

Additionally, the CRTC announced plans to consolidate its various codes of conduct.

You can learn more about the new Internet Code here.