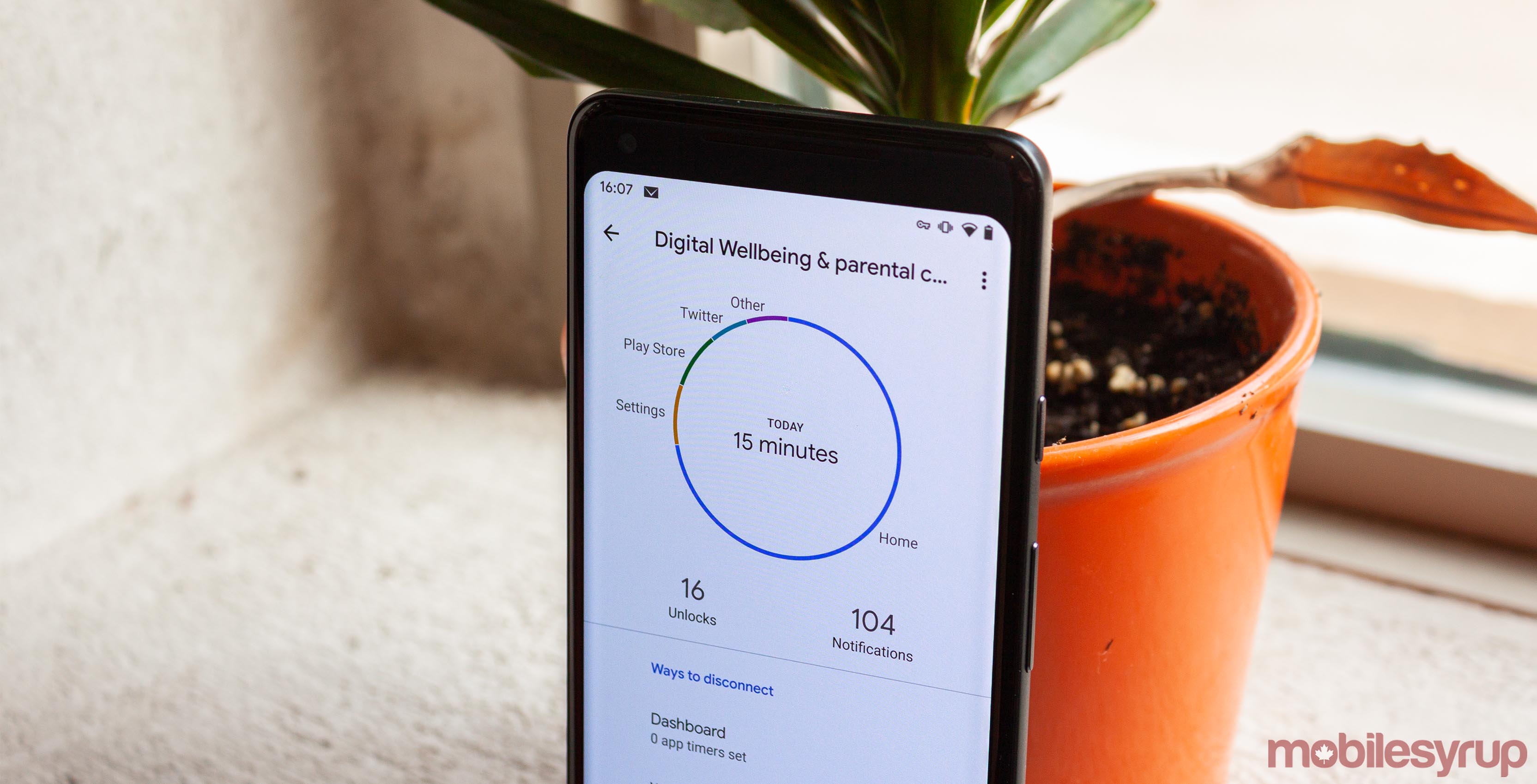 Code in Google’s Digital Wellbeing app has revealed two new features geared towards getting users to interact with their phones less.

The tech giant has been slowly adding features to its Digital Wellbeing toolkit since it launched, and the next two rumoured additions look to make it even better.

The line of code that XDA Developers discovered references a system that would turn the device’s ‘Wind down’ mode on automatically when you plug it in late at night. The line of code mentions explicitly plugging it in between 9pm and 8am, but I’d expect Google to allow users to customize the times in the app.

This mode seems to be called ‘Plug-in to unplug.’ It also automatically turns off when you unplug your device.

When Wind down is enabled, it greys out the phone’s screen and triggers ‘Do not disturb.’ However, you can turn off Do not disturb if you want.

The other new feature is named ‘Minimal phone,’ and it restricts you down to a few select ‘Bedtime apps.’

There’s no mention in the code that says how many programs you’ll be able to label as Bedtime apps, but XDA does mention that you can either turn it on manually or set it to enable at a specific time.

This seems very similar to the newly released ‘Focus mode’ and some experiments it released a few weeks ago that aim to help users to interact with their phones less.

However, it seems like a missed opportunity if Google is building in the Plug-in to unplug feature and not allowing it to trigger Minimal phone.

Since both of these features have shown up in the app’s code, it’s only a matter of time before it comes to the app.