These experiments will let you print out your phone's critical information, turn it into a desert island and more

If Google’s Digital Wellbeing platform doesn’t offer quite what you need to disconnect from your device, maybe these new experiments will.

The Google Creative Lab launched six new experimental apps designed to help users curb their smartphone addiction. None of the apps appear to require Digital Wellbeing and most work on Android 8.0 Orea and newer — although the ‘We Flip’ app will work on 7.0 as well.

Speaking of We Flip, let’s start with that. It’s an app for group gatherings. Everyone installs the app, which uses the ‘Nearby’ permission to detect other devices. Then everyone joins a group with the app and flip your phone over to start a session. The first person to check their phone loses and ends the session.

Some groups play similar games where you put phones in a central basket or stack them on a table. The first person to check loses. It’s an interesting idea, but to really break away from your phone, it’s probably best to just play the game sans-app.

You can download We Flip from the Play Store.

Next up, we’ve got Paper Phone. Use this app at the beginning of your day to print out a paper version of your phone’s critical information to take with you. This includes contacts, calendar information, tasks, weather and even directions.

The video even shows a spot for users to put their debit card so they can ‘tap to pay.’

You can download Paper Phone from the Play Store. 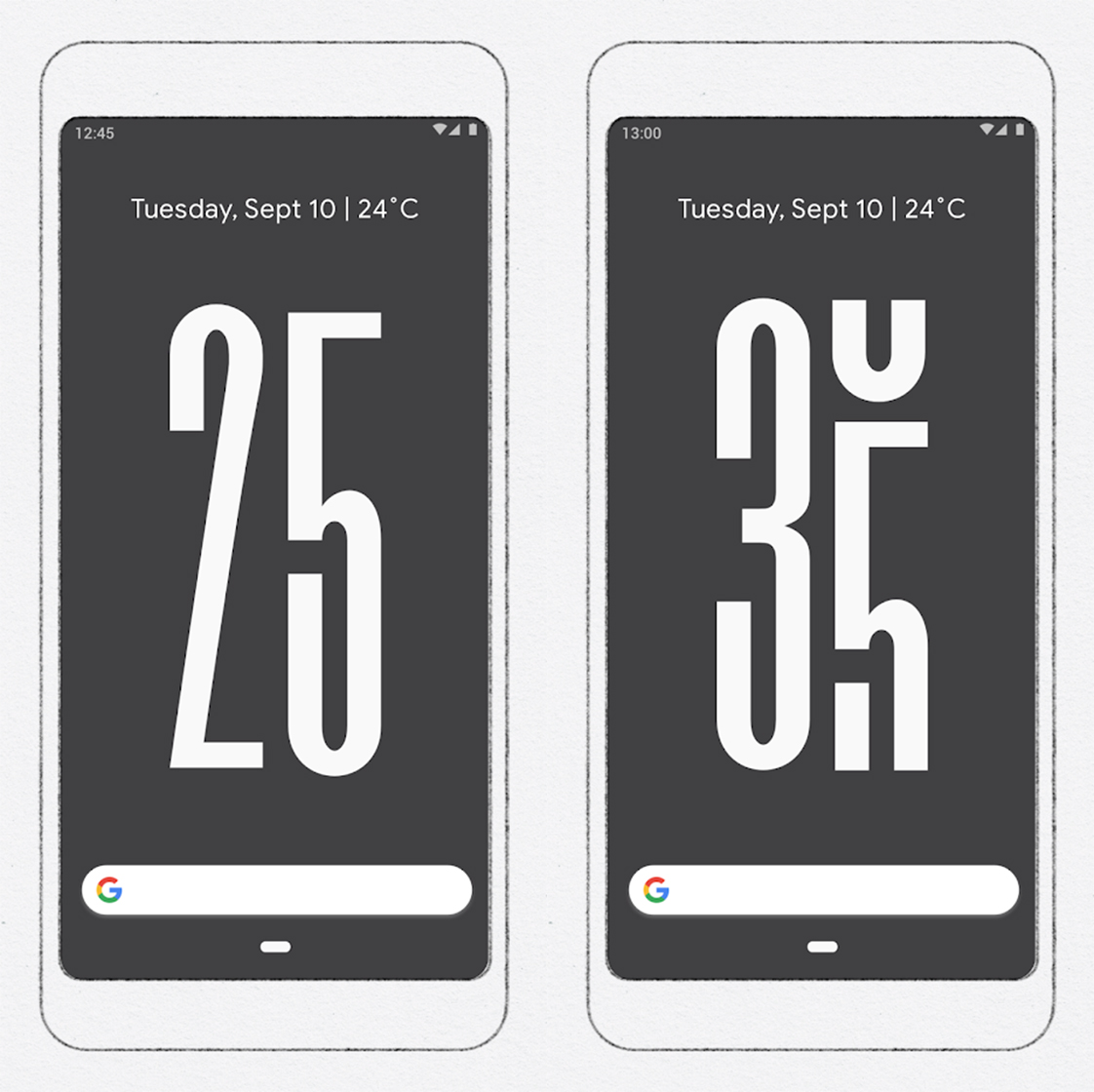 This experiment hardly even counts as an app. It’s a simple live wallpaper that displays a large counter with the number of times you unlock your phone in a day.

After you install it, you’ll find it in the Google Wallpapers app.

It doesn’t offer any deterrence beyond the shame of unlocking your device that many times in a day.

You can download Unlock Clock from the Play Store.

The Post Box experiment hopes to curb smartphone use by reducing the number of notifications you get. It bundles every notification together and delivers them at a specific time.

Users can schedule notifications up to four times each day.

The Morph experiment is a unique take on launchers that lets you divide apps into specific categories, such as Work, Home, Travel and others.

Users can then have the launcher switch categories automatically based on time or location. On top of that, it only shows notifications from the mode you’re currently using and blocks disruptions from apps in other categories.

Last but not least is Desert Island, another launcher app. It allows users to pick up to seven apps to show. It hides the others, but users can still access them through the icon in the top right corner.

The app tracks users for 24 hours and monitors how well they do at sticking to the seven apps on the main screen and how often they strayed to open other apps.

You can download Desert Island from the Play Store.

Make your own experiments

All of these apps are part of the ‘Experiments with Google’ program, which is a hub for people to create experimental applications for the web, smartphones and more.

The company also encourages people to build their own experiments and submit them to the project.

You can learn more about the Digital Wellbeing experiments here.