Koodo customers with Google Pixels, select LG devices or the Essential Phone will be able to add visual voicemail to their account 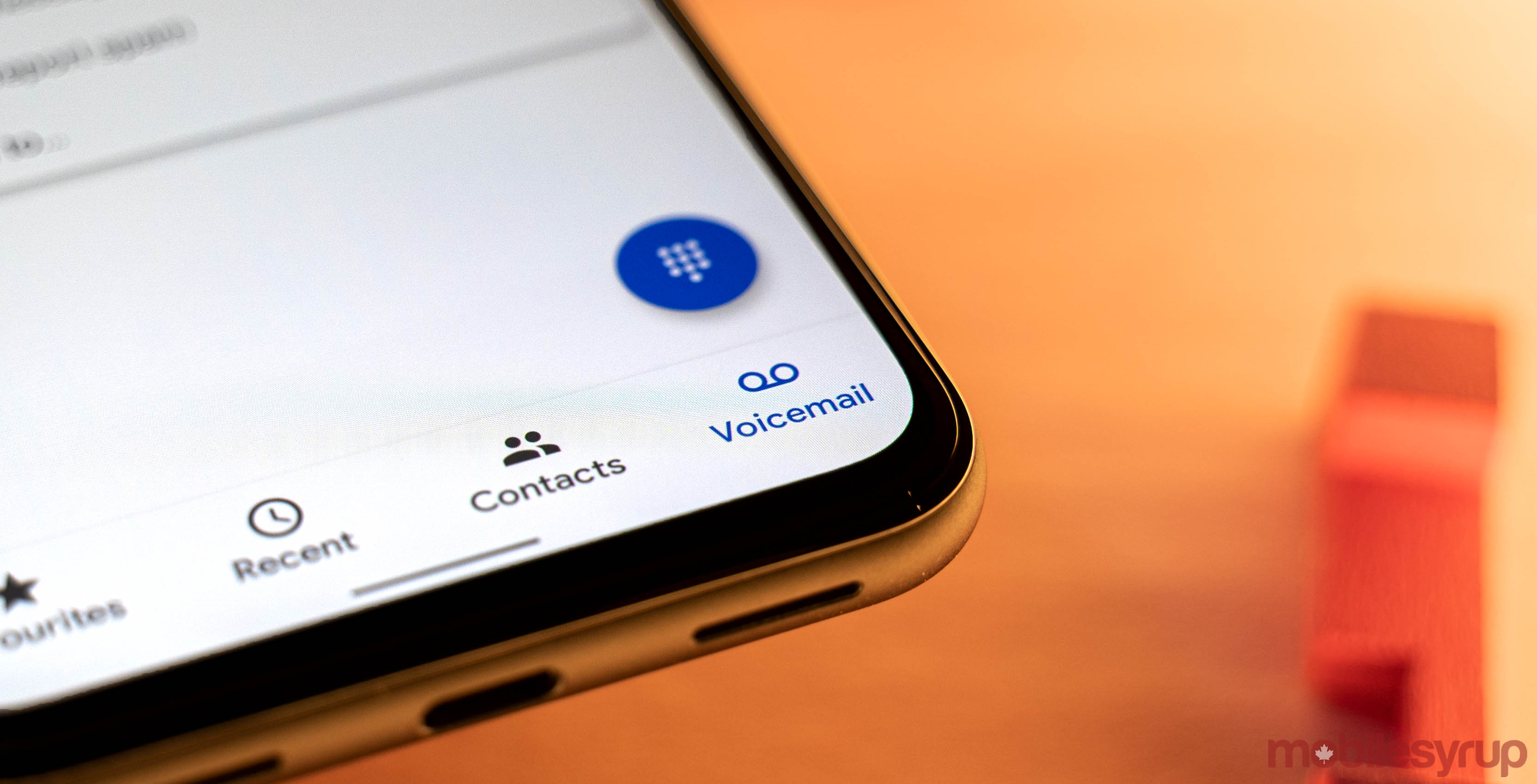 Update 11/04/2019: Koodo officially launched the visual voicemail feature for Android devices as of the afternoon of November 4th. It’s now live on Koodo’s website and you can learn more about it through the carrier’s support article here.

A Telus spokesperson told MobileSyrup that Koodo began testing visual voicemail on Android over the summer. The carrier officially launched the feature on November 4th.

For those unfamiliar with visual voicemail, it’s a service that allows your smartphone to retrieve voicemail messages from the carrier and display then in an app. Users can then scroll through messages and listen to them. Additionally, some visual voicemail implementations allow you to call the person back, make a video call, send a message, or block/report the number.

Typically, users must purchase an add-on for their plan to access the visual voicemail service from their iPhone or Android device’s dialer app.

Rogers also offers visual voicemail for iOS and Android. However, to get it on Android, customers must subscribe to the $10 per month service plan and download the Visual Voicemail Plus app from the app store.

Bell and it’s flanker brand Virgin Mobile also don’t offer visual voicemail services for Android. However, both networks do have it for iPhone and BlackBerry devices.

Which Android devices Koodo will support with visual voicemail 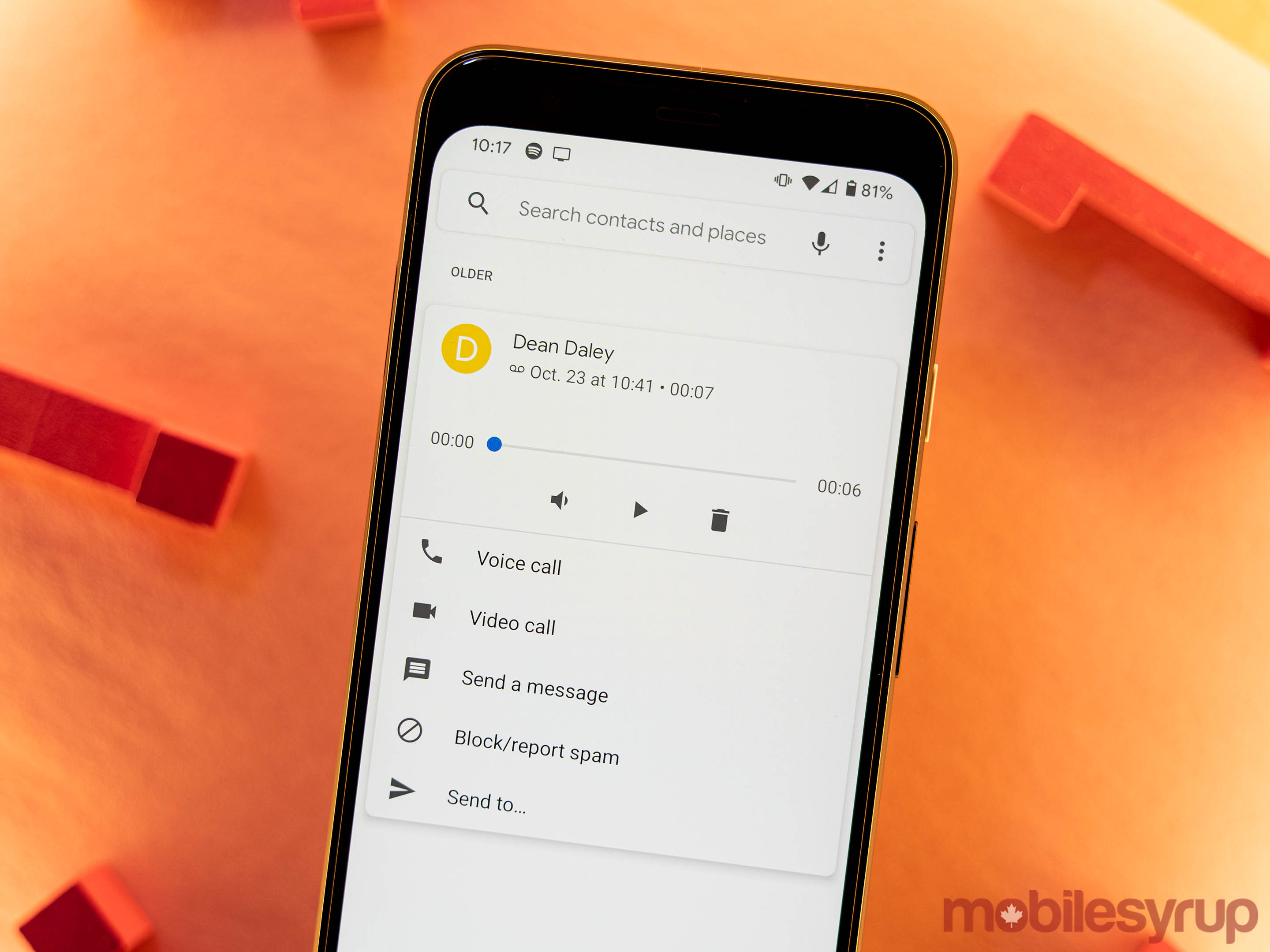 If you’re with Koodo and would like to get visual voicemail, it’s a pretty simple process.

First up, you’ll need to have one of the following Android devices:

That said, it may be possible to activate visual voicemail right away if you so choose.

How to get visual voicemail on Koodo

To give some background, I noticed that the Pixel 4 I was testing had a visual voicemail tab in the phone app a few weeks ago. Being a Koodo subscriber and having not seen that before, I did some digging. I added the Visual Voicemail (iPhone) feature through Koodo’s Self Serve platform and rebooted my phone. Then I made sure visual voicemail was turned on in the phone app’s settings menu, and the service began working.

If you have one of the devices listed above, you may be able to do the same. However, MobileSyrup has only tested it on one Pixel 4, so your mileage may vary. Additionally, things may change when Koodo officially rolls out visual voicemail for Android. Android’s visual voicemail supports works differently than iOS, so Koodo may implement different add-ons for each OS. That said, Telus only offers one visual voicemail add-on that will work on both iOS and Android. Koodo will likely do the same.

If you’d like to get visual voicemail now, log in to Koodo Self Serve. Click the ‘View Rate Plan’ button next to the account you want to enable visual voicemail on. Then, click the ‘Manage Add Ons’ button, scroll down to the Visual Voicemail add-on and click ‘Add to plan.’ Then, complete the form to add it. You may have to reboot your device to get the service to activate.

Alternatively, you can wait until Koodo goes live with the service and call-in or visit a Koodo store to activate the feature.