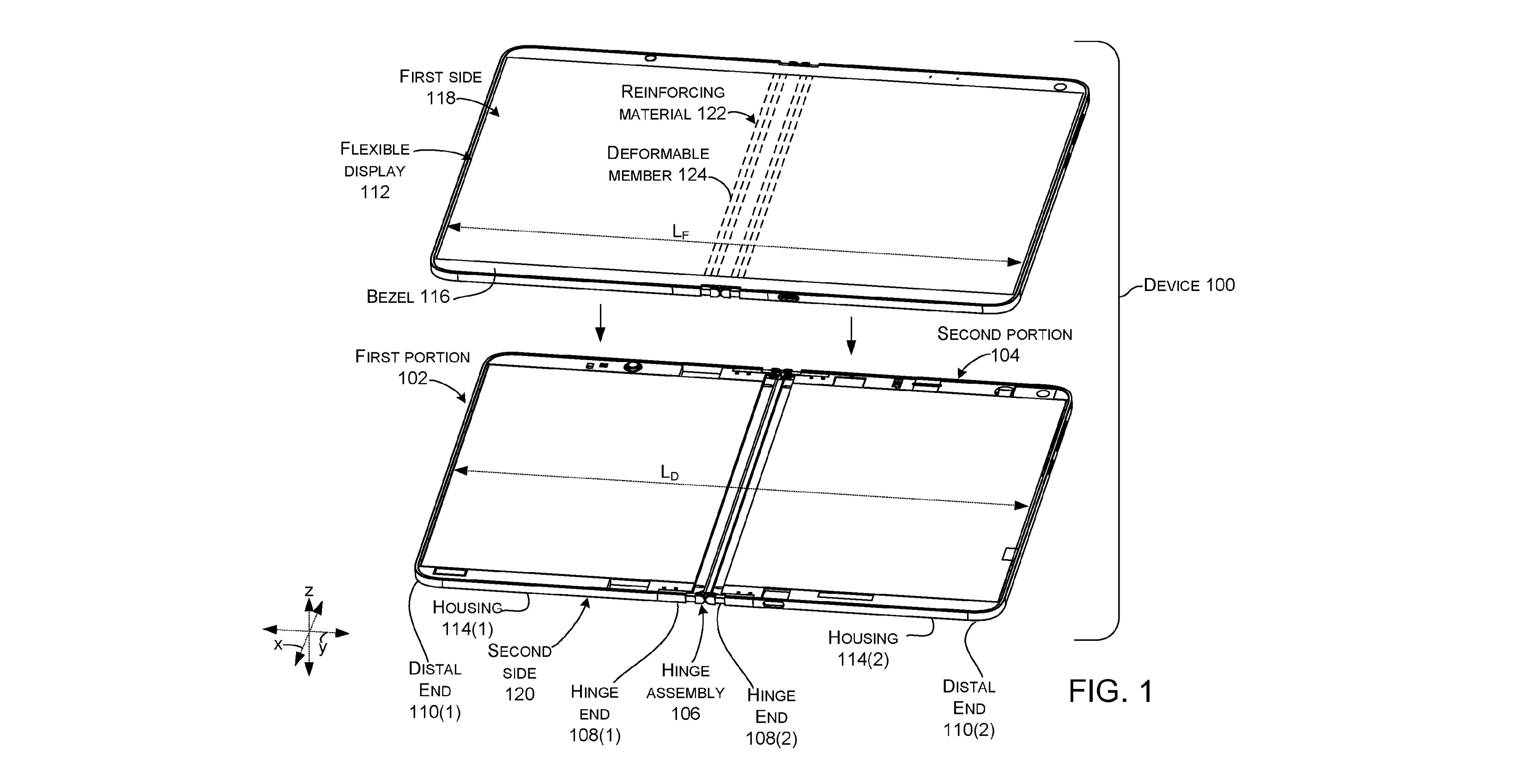 Microsoft could be working on a unique hinge system for a folding device, according to recently uncovered patents.

First spotted by WindowsUnited, the patent details a special hinge that relies on liquid to reduce stress on a flexible folding display.

The patent shows two cavities, labelled “deformable members,” in the fold which can fill or empty to help the display bend. Microsoft’s diagrams show a device with two separate sides, and an OLED display the spans the whole thing.

Microsoft has long engaged in designing complex hinge mechanisms for its Surface devices, and this is no different. The illustrations included with the patent are incredibly detailed and complex. 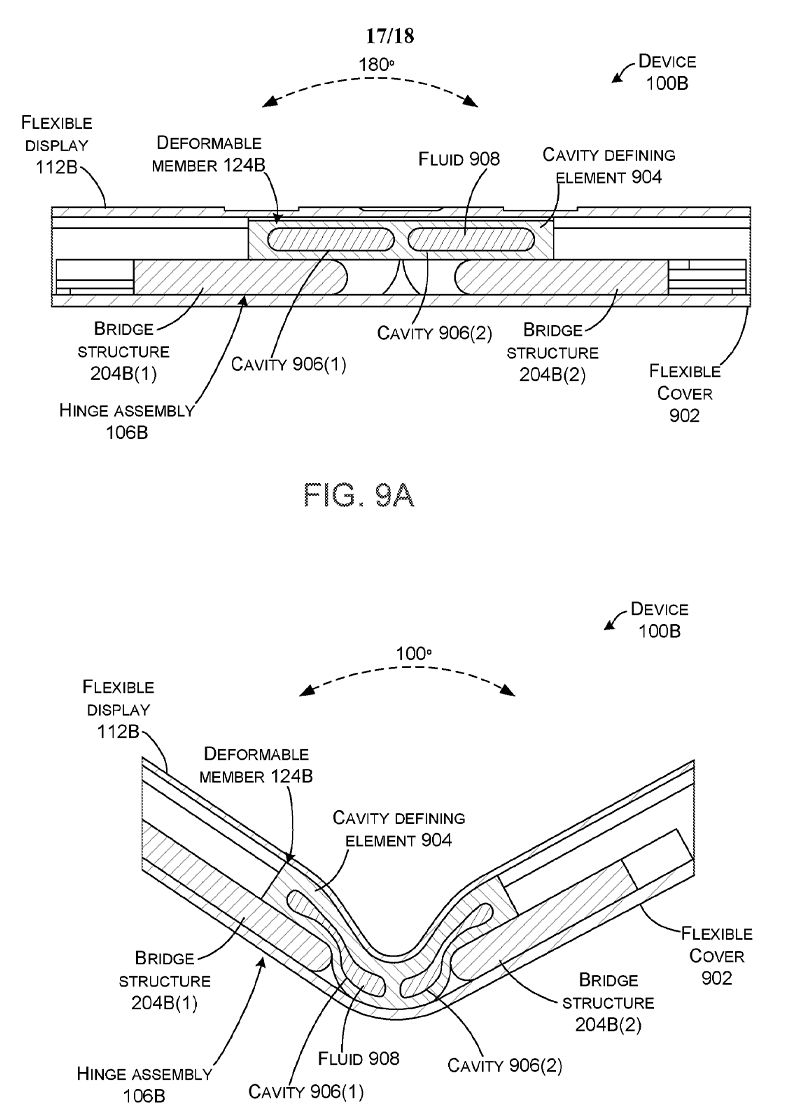 Additionally, some illustrations show multiple concepts of a hinge assembly designed to prevent debris from getting under the display. Considering Samsung had issues with this on its Galaxy Fold and ultimately had to postpone and rework the device, it’s good to see Microsoft working to prevent a similar incident. 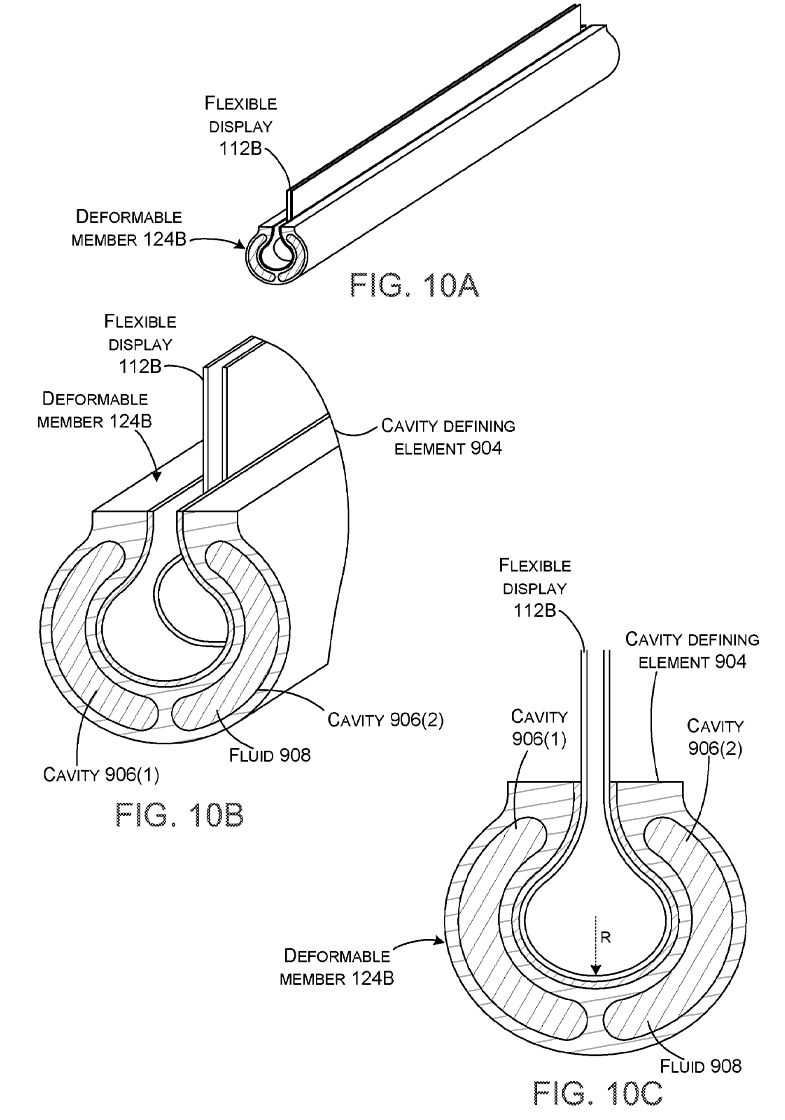 The Verge points out that Microsoft’s ‘technology licensing’ filed the patent, which could mean the patent will be licensed to other partners and PC makers. Further, the Redmond, Washington-based company is working closely with Intel and other manufacturers to prepare a new version of Windows, codenamed Windows Lite, designed for foldable, dual-screen devices. In the past, Microsoft licensed some of its Surface Pro hinge designs to partners, so it’s definitely plausible.

Despite the detail included in the patent, it doesn’t specify a device. Some Surface hardware previously appeared in patent filings, however. That said, don’t expect Microsoft to reveal a full Surface dual-screen device at its upcoming event in October. In all likelihood, Microsoft will just tease a folding device, such as its Centaurus project.

Source: WIPO Via: WindowsUnited, The Verge

Google patent shows off smartwatch with a hole-punch camera