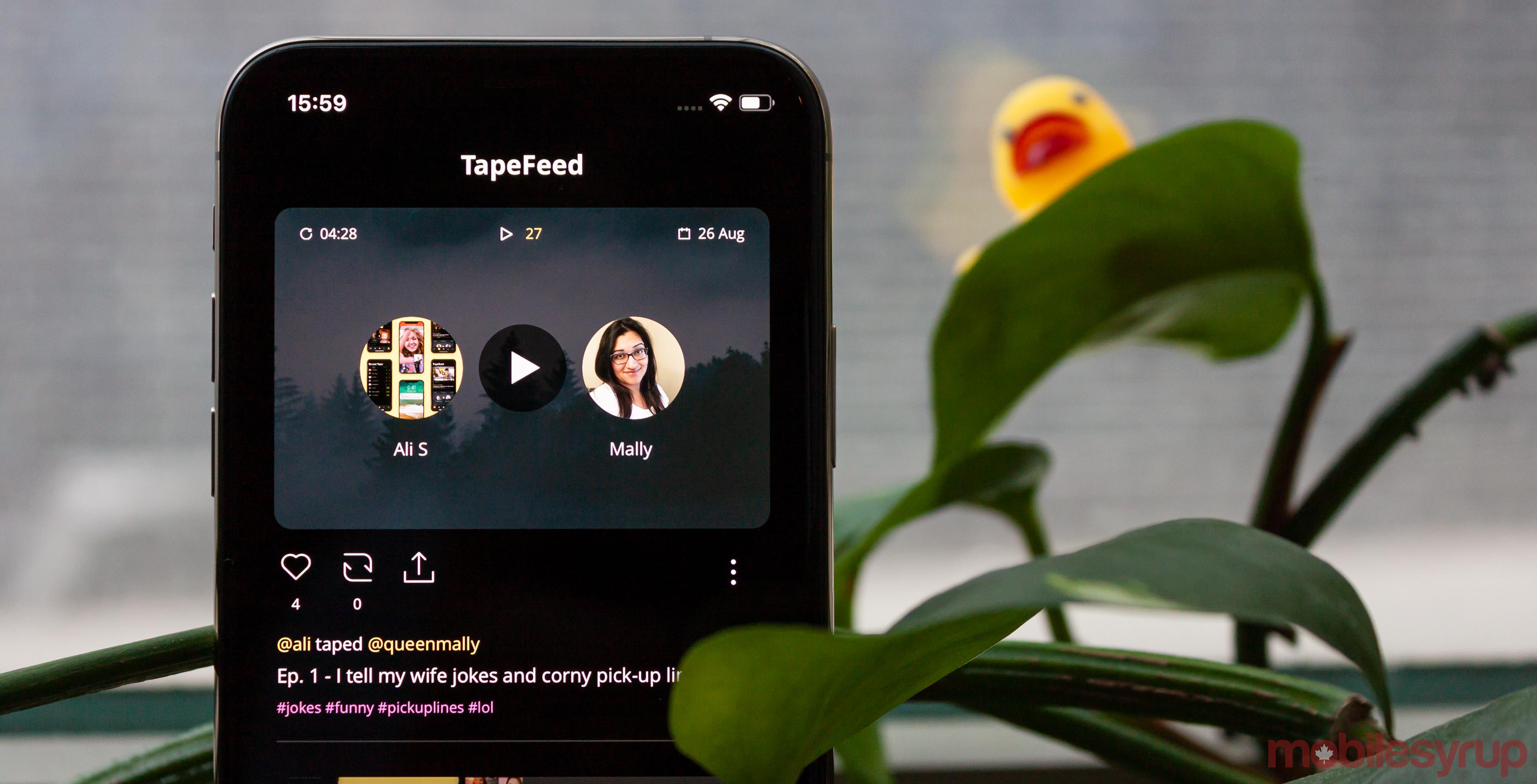 Podcasting is, in many ways, on its way to being the next big thing. While companies rush to capitalize on podcasts, others look to evolve the medium into something more.

In a lot of ways, the simple podcast — which often constitutes a group of people having a conversation about a topic — is the ultimate sharing medium. It doesn’t require eyes or attention. Instead, listeners can turn it on and listen while they do other things, like commute to work, make dinner or play games.

A recent report suggested that Canadians listen to radio and podcasts more than they watch TV or consume other media.

It’s no surprise then that companies are trying to capitalize on podcasting. Spotify recently revamped its landing page to emphasize podcasts, Apple has plans to support original podcasts on its platform and apps like Anchor (which Spotify acquired alongside Gimlet Media) hope to make podcasting easier for everyone. 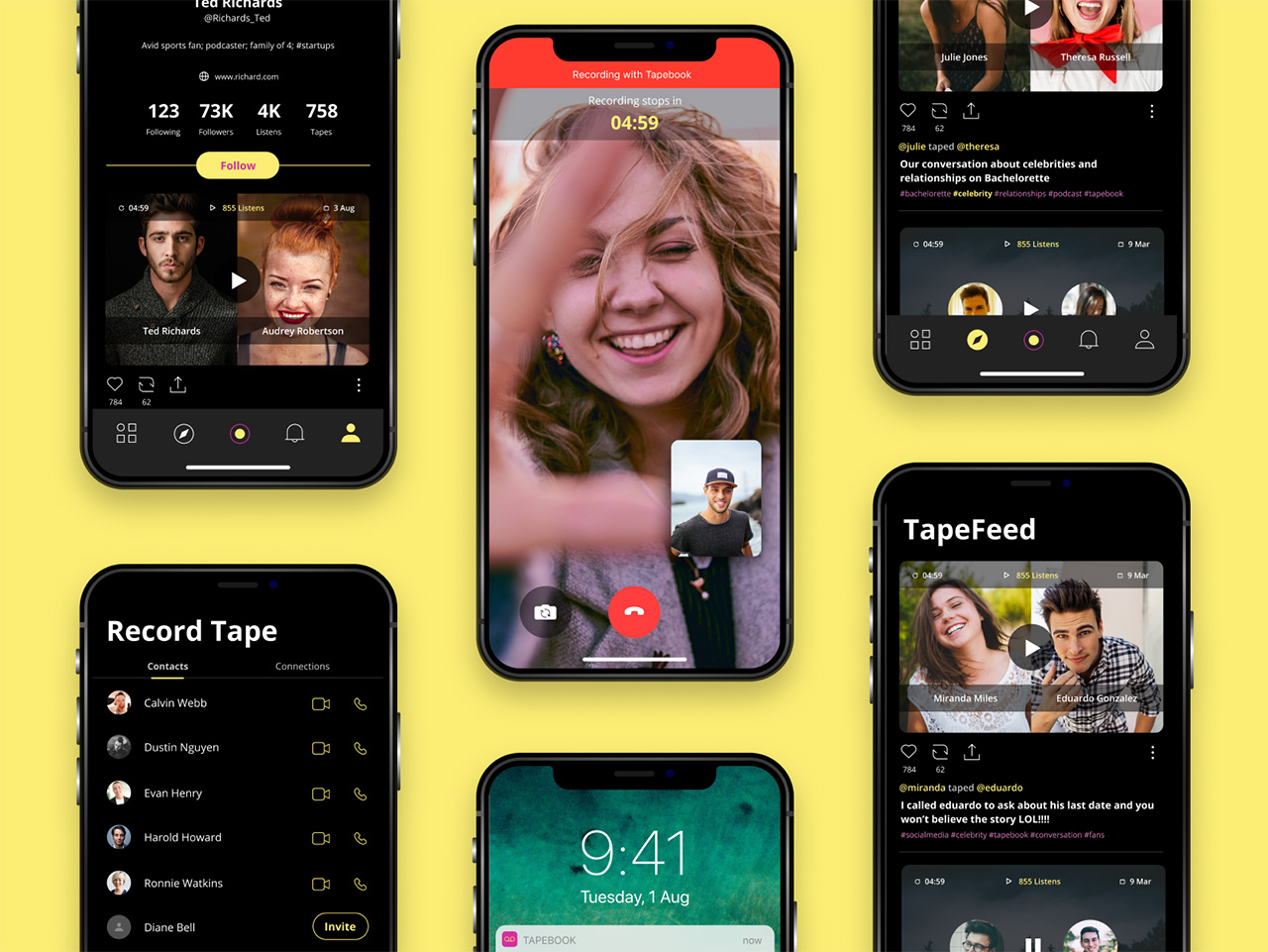 However, one Canadian startup wants to evolve the podcast into a more personal affair. Tapebook’s titular iOS app is all about conversations and short, social podcasting. Kind of like Twitter, but if you had to record yourself speaking instead of typing the tweet.

Oh, and you can’t do it alone.

Record micro-podcasts with friends and followers 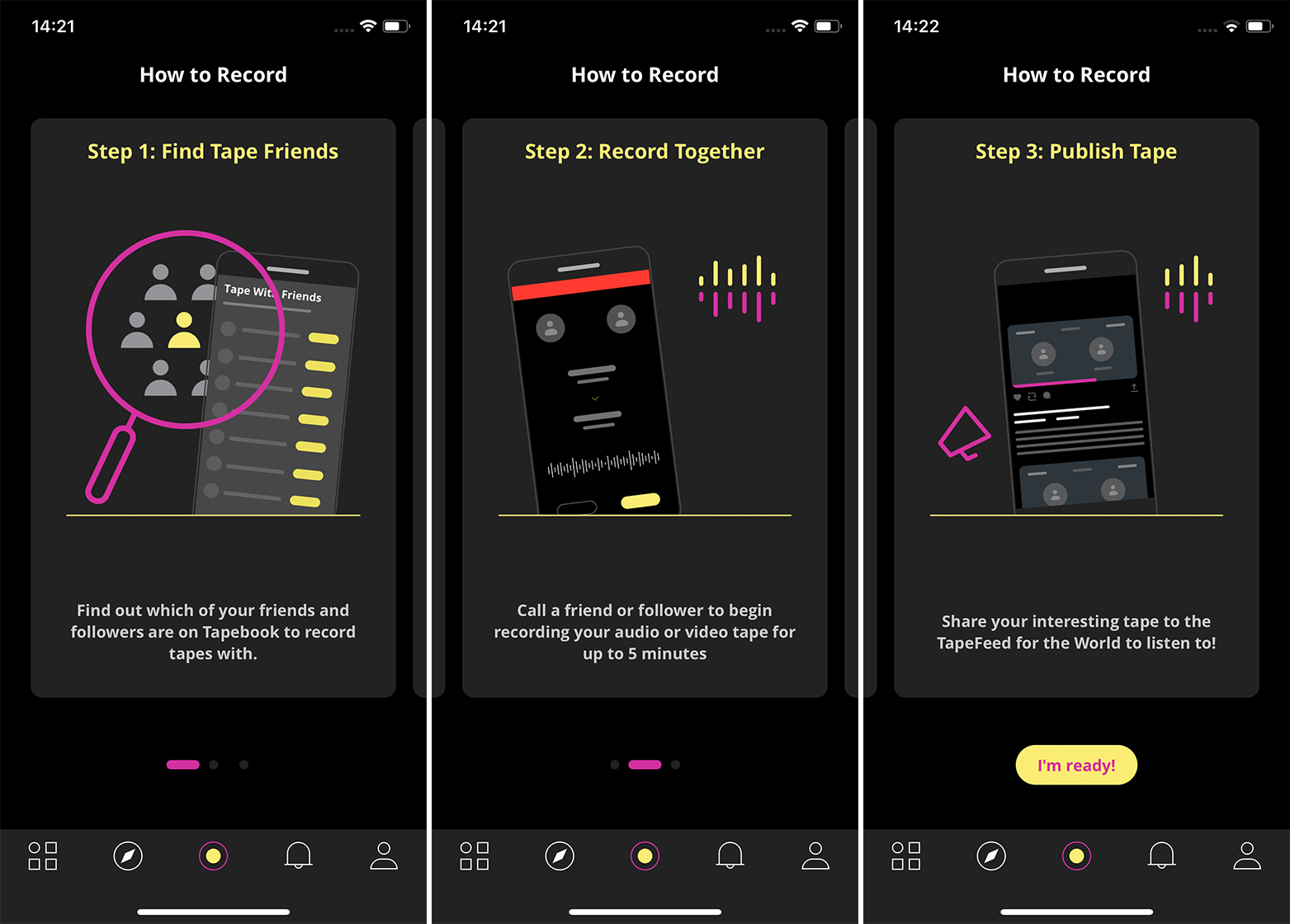 That’s right: Tapebook needs you to have a friend to record with. You can invite your followers on Tapebook to converse with you or connect with someone on your phone. The recorded ‘tapes’ can be up to five minutes long and be audio or video. Once recorded, users can share tapes with friends, followers and the Tapebook community.

There’s also a section of the app called the ‘TapeFeed’ where you can browse uploaded tapes and like, report or share them.

In a press release about the app, Tapebook CEO Ali Shah wrote the app replaces “the one-way status update with two-way fluid conversations.”

It’s an interesting idea, but what remains to be seen is if it’s one that will resonate with users. It’s also not the first time a company has tried to make a social podcasting platform. Remember Anchor, that app for making your own podcasts? It started as a kind of audio Twitter. The app pivoted to full-on podcasting later in its lifecycle and seems to have found its stride there. 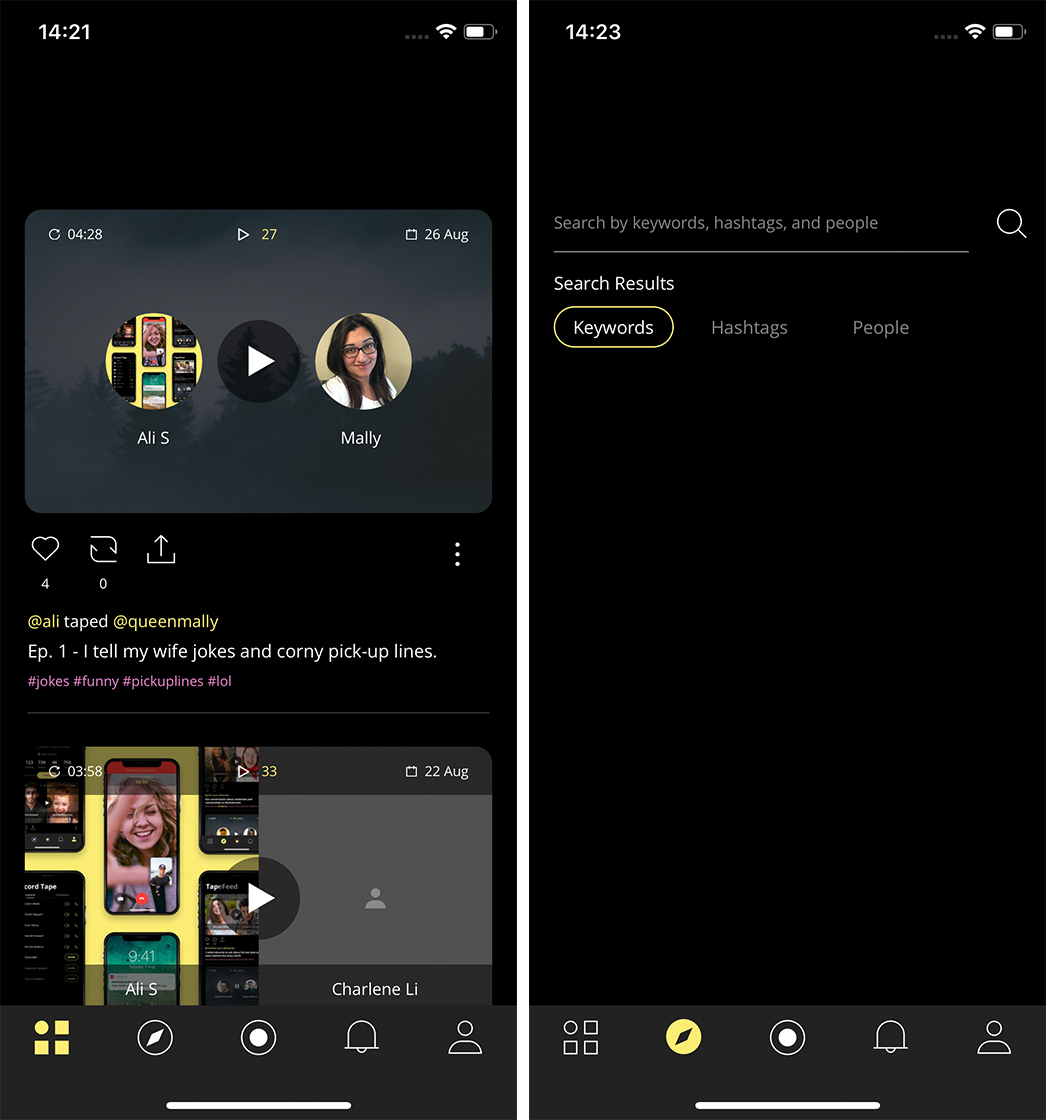 That said, Tapebook could also serve as a replacement tool for some podcasters. For example, Google’s Hangouts on Air was a valuable service for many podcasters, allowing them to turn a group call into a streamed podcast quickly. It’s shutting down, however, and doesn’t have any immediate replacement. Tapebook could be that replacement, but would have to make a few minor adjustments for that to work, such as upping the number of participants and dropping the five-minute cap.

With the current hunger for podcasts, however, Tapebook’s social sound bite pitch may be just what people are looking for: quick, short audio blurbs to fill those small windows of downtime throughout the day.

You can download Tapebook for iOS from the App Store for free.