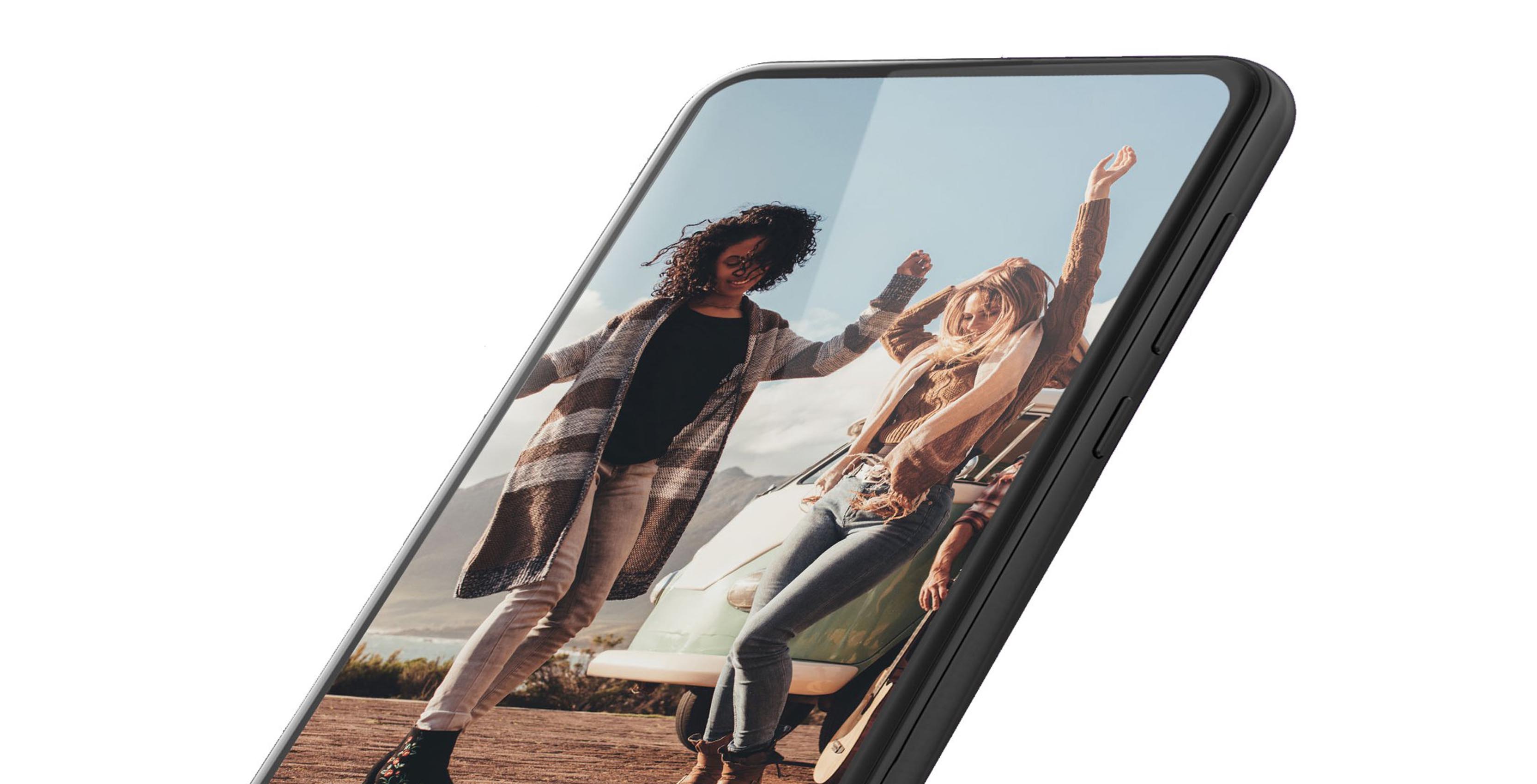 Motorola could have a stylish new device on the way with thin bezels and no notch at all.

According to renders leaked by Evan Blass @evleaks, the unknown Motorola phone sports thin bezels on the top and sides of the phone, with a thicker chin on the bottom featuring Motorola branding.

Blass didn’t provide any additional context with the photos, simply asking, “Which Moto is this?”

Blass shared another render of the device, this time from an angle. You can see the volume rocker and power button on the right edge.

However, there is no front-facing camera in sight. The phone may have a pop-up camera, but without seeing more of the device, it’s impossible to say.

It’s also worth noting that there’s no earpiece speaker grille visible in the renders. This could mean Motorola will use a different audio conduction technique, such as vibrating the glass similar to other phones.

While we don’t know a lot about this mystery Motorola, XDA Developers says it isn’t the upcoming Motorola One Action set to launch on August 23rd in India. It could be the Motorola One Macro or One Pro instead, or maybe a new device altogether.

Whatever device it is, hopefully Motorola packs some powerful specs into it to go with the slim outer look.