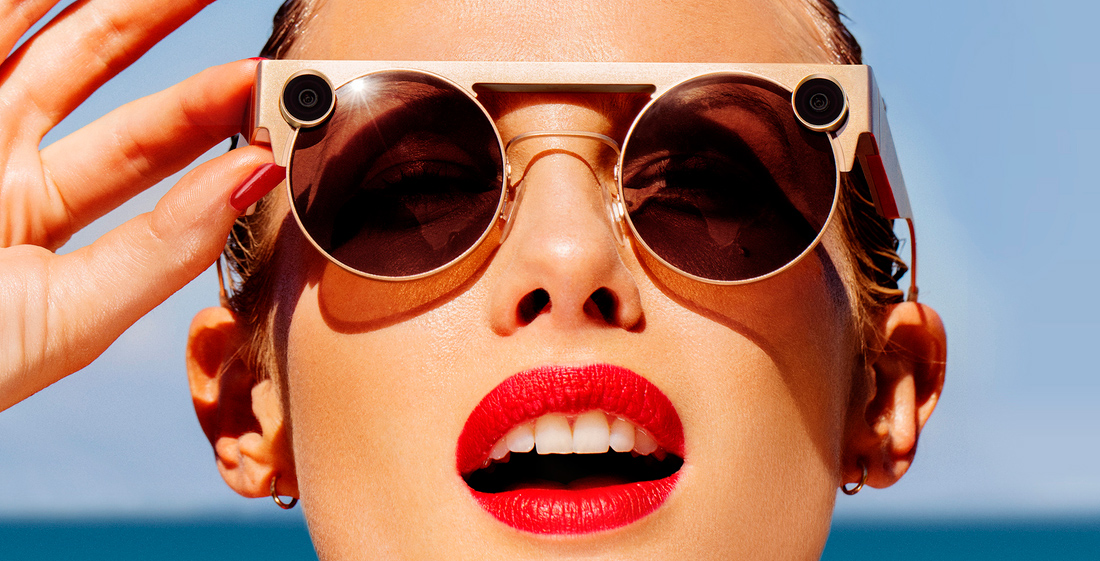 One factor that differentiates Snapchat from other similar social networks is the company’s physical hardware, specifically Spectacles.

Snap has announced the third-generation of its camera-enabled glasses that feature an improved design and the addition of dual HD cameras ‘to capture the world in 3D.’

The main difference between this version of Spectacles and previous iterations of the glasses is that it features two cameras embedded on either side of the front of the glasses. Also, you can upload directly to Snapchat, add several 3D effects and make 3D photos that allow you to create GIFs.

Snap CEO Evan Spiegel said “The goal with the first version was just getting people comfortable wearing a camera on their faces,” in a recent interview with Vogue. With the new glasses, users will be able to insert augmented-reality lenses into 3D videos via the app, according to Spiegel.

Further, in the future Spectacles will be able to turn people’s faces into a puppy, bring Bitmoji to life and deliver other smartphone functions directly to your eyes. The ultimate goal, says Spiegel, is “Computing overlaid on the world.”

Introducing Spectacles 3. Capture your world, the way you see it — with two cameras in three dimensions. From the creators of Snapchat. Learn more at the link in our bio. #SnapchatSpectacles

The glasses come in two models, Carbon (black) and Mineral (light pink), and retail in Canada for $500 CAD. Snaps Spectacles 3 are available to pre-order now and will release this fall.

Snap stated that it has 203 million daily users that capture and share 3.5 billion Snaps daily.

Snapchat is rolling out new Lenses that respond to voice commands